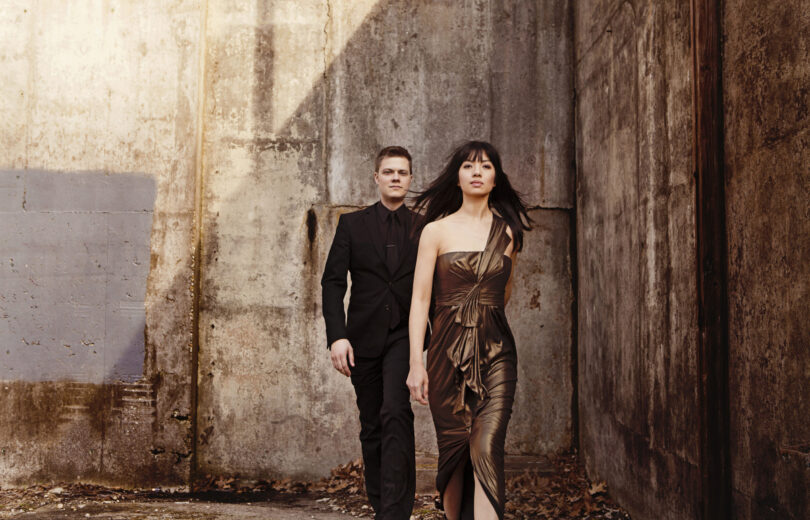 Anderson and Roe will make their UGA Presents debut on Sept. 16. (Photo by Lisa Maria Mazzucco).

With millions of YouTube views, rapturous reviews and chart-topping albums, the Anderson & Roe Piano Duo is “the most dynamic duo of this generation” (San Francisco Classical Voice). And whether at one piano or two, Juilliard-trained Greg Anderson and Elizabeth Joy Roe are “the very model of complete 21st-century musicians” (Washington Post).

In their UGA Presents debut Sept. 16 at Hodgson Concert Hall, the pair juxtaposes music by Mozart, Schubert and Rachmaninoff with interpretations of songs by Leonard Cohen (“Hallelujah”) and the Beatles (“Let it Be”). Their rowdy, no-holds-barred take on Leonard Bernstein’s “West Side Story” has to be seen and heard to be believed.

This year marks the 20th anniversary of Anderson & Roe’s debut. Since forming their dynamic musical partnership as students at The Juilliard School, they have toured extensively worldwide as recitalists and orchestral soloists; appeared on NPR, MTV, PBS and the BBC; presented at numerous international leader symposiums; and served as hosts of NPR’s “From the Top” and the Van Cliburn International Piano Competition.

The duo’s appearance for UGA Presents is just the first memorable piano event of the season. On Jan. 23, Ukranian-American pianist Stanislav Khristenko will appear with the Lviv National Philharmonic of Ukraine and conductor Theodore Kuchar in Grieg’s beloved piano concerto.

UGA Presents season subscriptions are still on sale and offer the deepest discounts available to all patrons. Choose from the all-encompassing Everything Ticket (25% off single ticket prices), one of the curated series (20% off), or create a series of five or more performances (10% off).