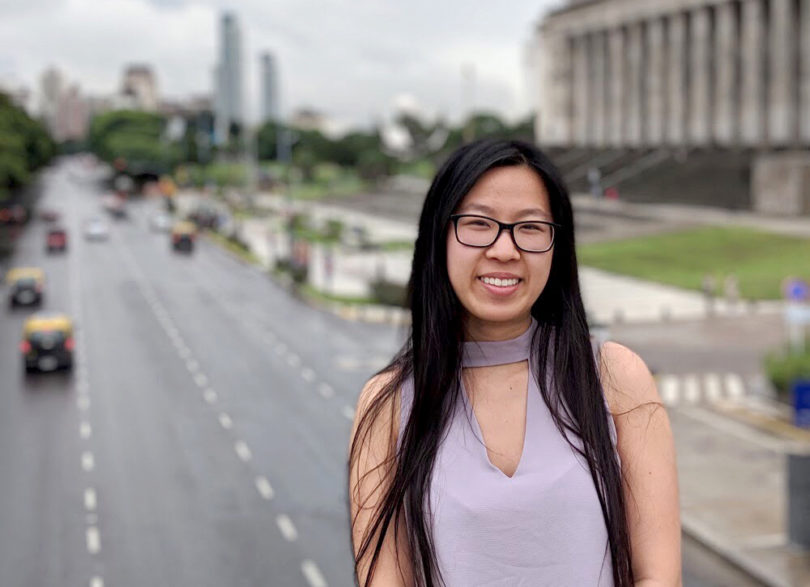 Angela Tsao, from Manchester, Missouri, is working toward bachelor’s degrees in computer science and cognitive science and a master’s degree in artificial intelligence. (Submitted photo)

Her research focuses on the intersection of computer science and sustainability.

University of Georgia junior Angela Tsao is working to advance research at the intersection of computer science and sustainability, and her focus has earned her national recognition as a 2020 Udall Scholar.

She was one of 55 undergraduates selected from across the nation and U.S. territories for the scholarship, which is awarded to sophomores and juniors on the basis of their commitment to careers in the environment, Native health care or Tribal public policy.

Tsao, from Manchester, Missouri, is working toward bachelor’s degrees in computer science and cognitive science in the Franklin College of Arts and Sciences and a master’s degree in artificial intelligence. An Honors student and Foundation Fellow, she plans to earn a doctorate in artificial intelligence, developing and applying novel machine learning techniques for environmental data analysis.

“Angela is an extremely dedicated and engaged person, and she is a very deserving Udall recipient,” said David S. Williams, associate provost and director of UGA’s Honors Program. “We congratulate Angela on earning this prestigious award and we look forward to all the further contributions she will make in the future.”

With the addition of Tsao, UGA has had 14 Udall Scholars in the past 10 years and 19 total since the scholarship was first awarded in 1996. The Udall Scholarship provides up to $7,000 for eligible academic expenses.

Tsao’s goal is to become a lead researcher at NOAA, where she plans to apply machine learning techniques to environmental data in order to advance the understanding of natural processes. She hopes to use emerging technology—from virtual reality to genetic algorithms to neural nets—to bridge the gap between science and society.

She is an intern for UGA’s Office of Sustainability, conducts virtual reality research with UGA’s Center for Geospatial Research, is a CURO research assistant studying machine learning in sustainable development, and is the financialization coordinator for the Roosevelt Institute National Network.

Last summer, she was an ecological researcher in software development—studying Inner Mongolian deserts and grasslands—through the NSF’s International Research Experiences for Students program. She also spent a Maymester studying computer ethics at the University of Oxford and was a summer farm apprentice in Scotland through WWOOF, World Wide Opportunities on Organic Farms.