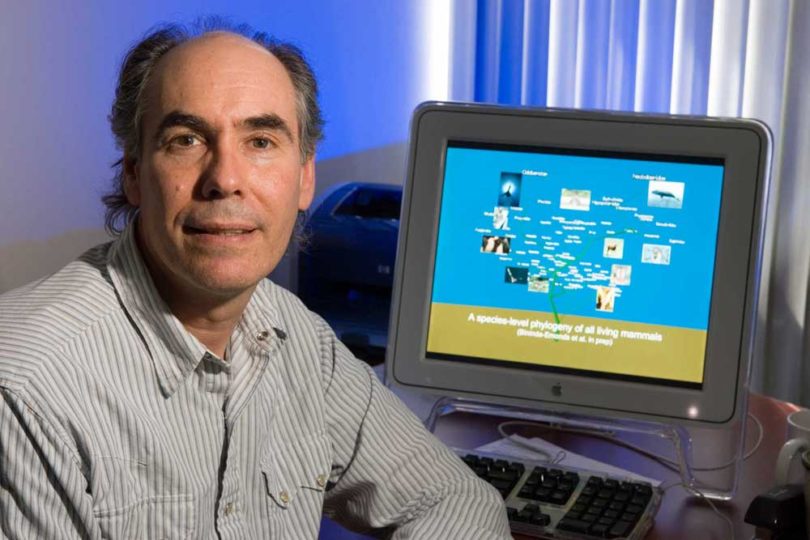 Named for the late pioneering UGA professor known as the ­“father of modern ecology,” the school is the university’s 16th academic school or college and will further cement UGA’s reputation as a world-class center for research and teaching on ecological principles and processes.

The school was created by reorganizing UGA’s Institute of Ecology, which Odum founded in the 1950s and is internationally recognized for its holistic, interdisciplinary approach to ecosystem studies as championed by Odum.

John L. Gittleman, director of the Institute of Ecology since last July, has been named dean of the school. Gittleman, whose expertise in global ecology includes species extinction, emerging diseases and conservation, came to UGA last year from the University of Virginia. He earned a D. Phil. degree—equivalent to a Ph.D.—in biology at the University of Sussex in England and is a Fellow of the Zoological Society of London.

“The creation of the School of Ecology is a historic commitment by the university to this essential field of study,” said UGA President Michael F. Adams. ­“Environmental issues are key as we think about e­conomic success and sustainability for our children and grandchildren.

“I’m extremely pleased that we were able to attract here from the University of Virginia someone of the capability of John Gittleman to lead the school,” Adams added. “He will be a superb dean and will, through his and his faculty’s efforts, further the unequalled work of Eugene Odum.”

Provost Arnett C. Mace Jr. said Gittleman “brings an impeccable scholarly record to this new position. This coupled with his administrative skills will enable him to provide leadership to build on the reputation of the Institute of Ecology to significantly advance the new school, the first in the United States.”

In 2001, the Institute of Ecology merged with UGA’s School of Environmental Design to form the College of Environment and Design. Though part of the larger college, the faculties of both the institute and the environmental design school remained intact, and this year both faculties agreed that the institute would withdraw from the college and become a stand-alone school.

Expenses for starting the school were minimal, since it’s headquartered in the ecology building on South campus and uses existing facilities and equipment for teaching and research. The school incorporates the institute’s faculty, which includes 17 tenured faculty members, six non-tenure-track faculty, four faculty with joint ­appointments in other units and seven adjunct faculty members.

The school also will be one-of-a-kind in America, Gittleman said. While many universities have departments of ecology, and some have schools that focus on the broader field of environmental studies, no other university has an independent, stand-alone school devoted specifically to ecology.

The school will maintain the Institute of Ecology’s research focus on understanding fundamental scientific patterns and processes of ecology, including such areas as species diversity, disease transmission, ecosystem structure, aquatic ecology and global environmental change. The school also will provide undergraduate courses for other schools and colleges and conduct public service work, primarily through its River Basin Center.