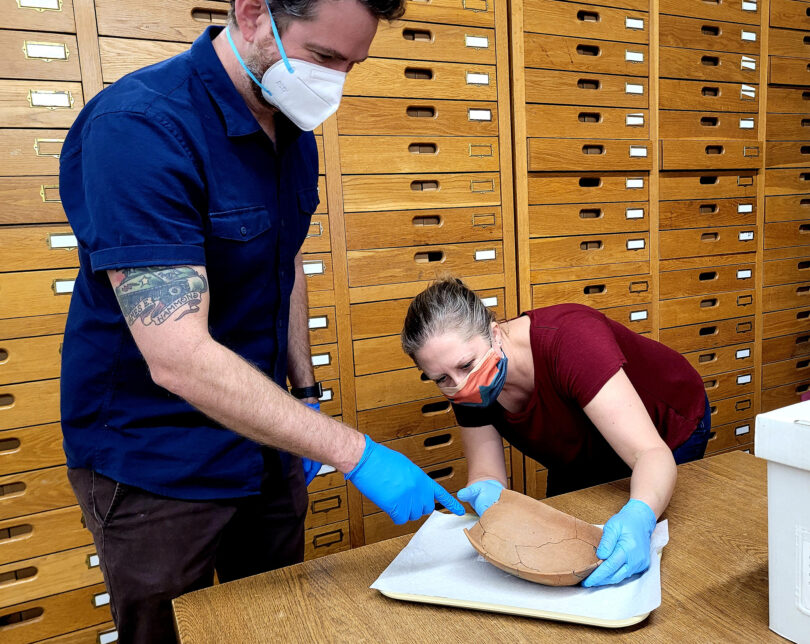 There’s a little Caribbean history here in Athens—just for safekeeping. With the addition of a large new collection courtesy of the U.S. Navy, the University of Georgia’s Laboratory of Archaeology now cares for one of the largest collections of Puerto Rican artifacts in the country. 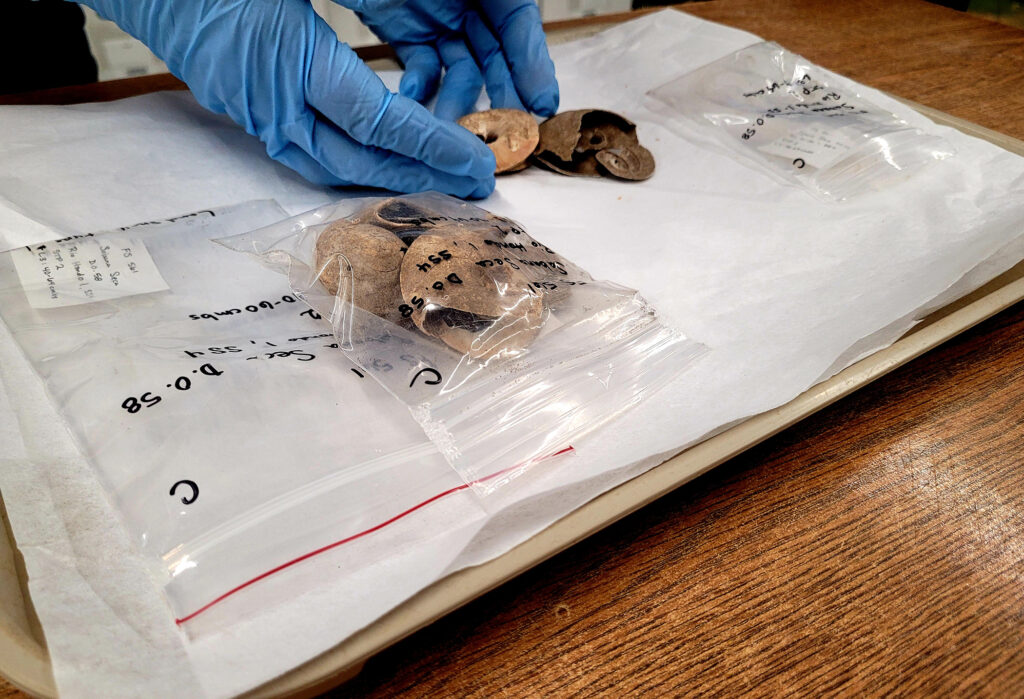 Recovered from Navy lands on Puerto Rico, as well as neighboring islands Culebra and Vieques, the new collection represents three decades of cultural resources management by the environmental division of Naval Facilities Engineering Systems Command Atlantic. Federal law requires that the artifacts be permanently housed in a facility that meets standards enforced by the U.S. Department of the Interior, such as a physically secure location with appropriate environmental controls and records management systems, trained staff, and other curatorial requirements

The artifacts and paleontological samples in the extensive NAVFAC Atlantic collection range from thousands of years to just a few centuries old. Some materials, like the remains of land snails and other animals, point to likely food sources of pre-Columbian peoples. Others, like tools and ceramics, help researchers better understand how people went about their daily lives.

“These collections provide an important archive that will allow future researchers to explore the deep human history of Puerto Rico and its adjacent islands from their first settlement to the colonial era. These sites and the information they hold will help tell not only their story, but also their larger part in the history of the Caribbean,” said Victor Thompson, director of the archaeology lab. 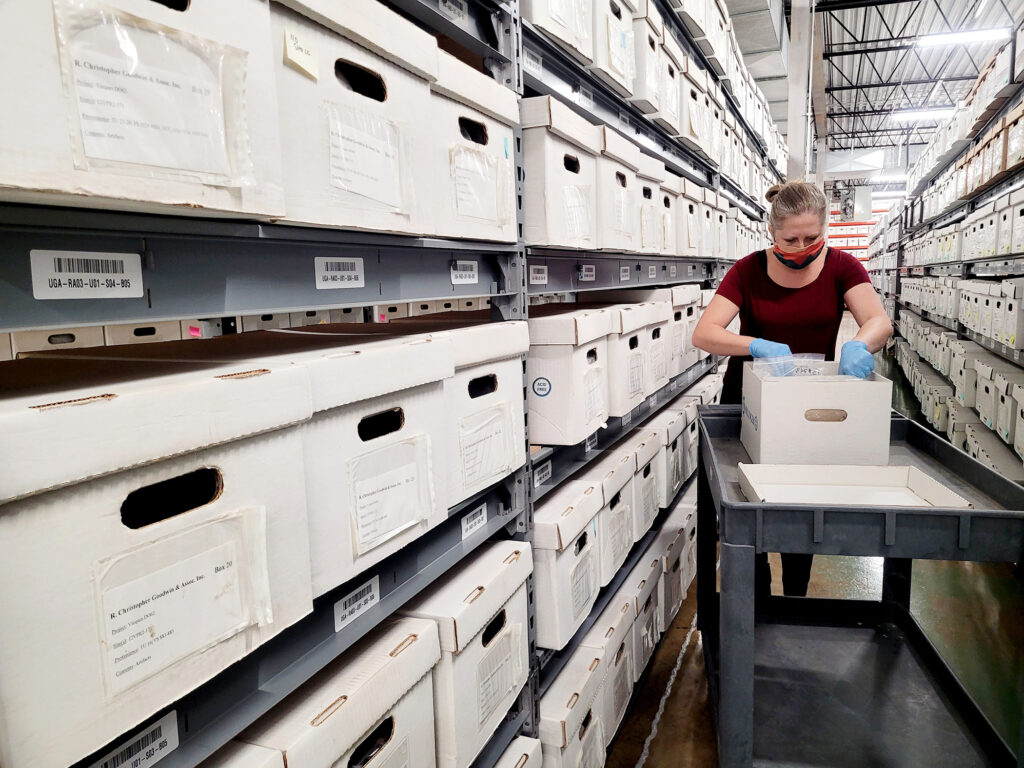 Amanda Roberts Thompson, operations director of the lab, assesses bags of artifacts and documents from the Puerto Rico collection. (Photo by Kristine Schenk)

Puerto Rico’s rich anthropologic history began roughly 6,000 years ago, when evidence suggests humans first occupied the land. Though the smallest of the Greater Antilles, Puerto Rico has been home to diverse peoples, with different cultures, technologies and languages. Archaeological artifacts give researchers critical insights into how these historic people and societies interacted with each other and their environment.

One such artifact in the collection is a boat-shaped pottery vessel, about the size of a small dinner plate, partially reconstructed from shards uncovered nearly 3 feet underground. Archaeologists estimate the vessel was produced between 2,000 BCE and 700 CE and suspect it was created for a utilitarian purpose, like preparing, cooking and storing food. It was likely part of the Saladoid series of pottery, from a pre-Columbian indigenous culture that spanned present-day Venezuela and much of the Caribbean. 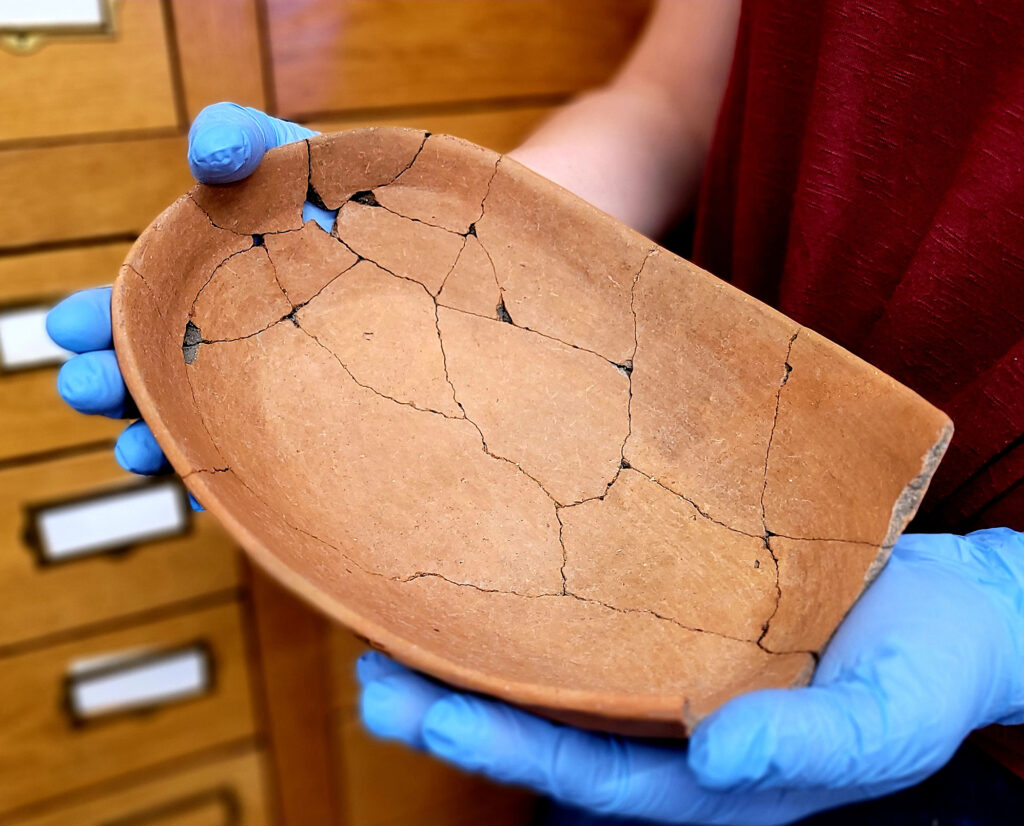 Pre-Columbian people in Puerto Rico used pottery vessels like this to prepare, cook and store food. (Photo by Kristine Schenk)

This piece and the rest of the collection are stored in nearly 300 boxes at UGA’s Laboratory of Archaeology. Founded in 1947, the lab meets federal standards for archaeological curation, allowing it to safeguard millions of precious artifacts from over 16,000 sites across Georgia and the globe. The lab also facilitates the study of its collections by researchers on and off campus, and strives to engage the public in archaeology education.

With the addition of the new collection, the lab is now responsible for safekeeping more than 400 boxes of artifacts recovered from Puerto Rico, representing more than 300 archaeological sites. The collection’s breadth offers ample opportunity for researchers to uncover more about the vibrant history of the territory and its diverse peoples.

“The history of an island has a very different trajectory from someplace like middle Georgia,” said Amanda D. Roberts Thompson, operations director for the lab. “We’ll attract researchers not only from around the United States, but internationally because the collection is so unique in its scope and size.”

Qualified researchers may access the new collection by coordinating directly with Thompson and the lab.