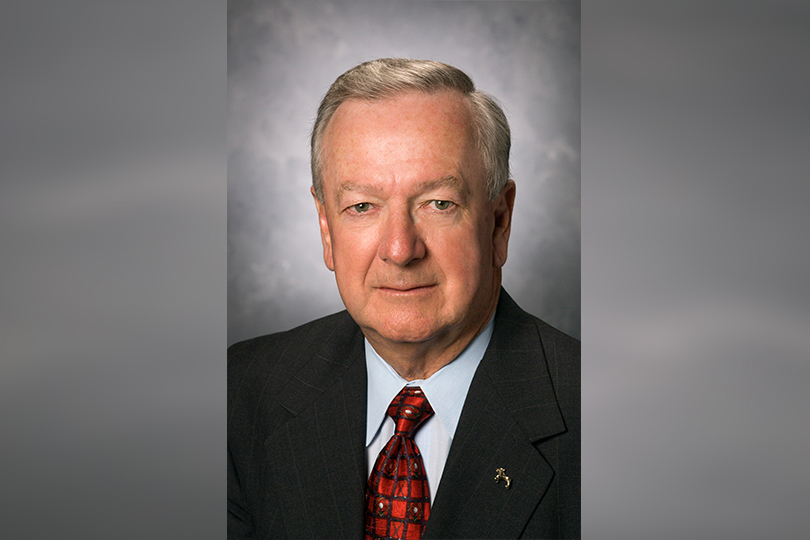 Arnett C. Mace Jr., who served as the University of Georgia’s senior vice president for academic affairs and provost and was previously dean of the Warnell School of Forestry and Natural Resources, died Monday at the age of 83.

Mace served as provost from 2003 to 2010 and spearheaded several initiatives that promoted excellence in instruction at both the undergraduate and graduate levels. The Task Force for General Education and Student Learning that he charged, for example, led to several enhancements to the learning environment and an increased use of technology in the classroom and innovative teaching techniques.

“The thoughts and prayers of the UGA community go out to Dr. Mace’s widow, Barbara, and his family,” said President Jere W. Morehead, who served as vice president for instruction under Mace and succeeded him as senior vice president for academic affairs and provost following Mace’s retirement in 2010. “I remain grateful for the many lasting contributions Dr. Mace made to the University of Georgia and for the excellent example he set as a senior administrator at our institution.”

Mace worked to increase the enrollment of minority students and the recruitment of minority faculty and also facilitated the expansion of UGA’s extended campuses in Gwinnett, Griffin, Tifton and Buckhead. In addition, he was instrumental in the establishment of what is now known as the Augusta University/UGA Medical Partnership at the UGA Health Sciences Campus. His support of resource allocation decisions helped guide the institution through the impacts of two recessions in the first decade of the 2000s.

“Arnett Mace was a great friend and a wonderful provost,” said President Emeritus Michael F. Adams. “He helped hold the university together during some difficult times. Mary and I are very saddened at his passing and extend our condolences to Barbara and his family.”

Mace came to UGA in 1991 as dean of the Warnell School of Forestry and Natural Resources. He later assumed additional duties of associate director of the Georgia Agricultural Experiment Station and Georgia Cooperative Extension Service.

“Dr. Mace was a visionary leader whose lasting impacts on the Warnell School included much stronger private and state support, as well as a significantly expanded research enterprise,” said Dale Greene, dean of the Warnell School. “He mentored several associate deans who later served as deans and provosts at other land-grant universities. We will miss seeing him, but will see his impacts for years.”

In the Warnell School, Mace established the Arnett C. and Ruth Mace Memorial Scholarship in memory of his parents as well as the Barbara J. and Arnett C. Mace Jr. Graduate Support Fund.

His honors include being named a Fellow of the Society of American Foresters, election to the Georgia Foresters Hall of Fame and the Professional Achievement Award from the alumni association at the University of Arizona, where he earned his master’s and doctoral degrees. He was named a Distinguished Alumnus at West Virginia University, where he received his bachelor’s degree, and received the Morse-Amoco Award for outstanding contributions to undergraduate education from the University of Minnesota, where he was head of the department of forest resources. In 2010, the UGA Alumni Association honored him with its Faculty Service Award.