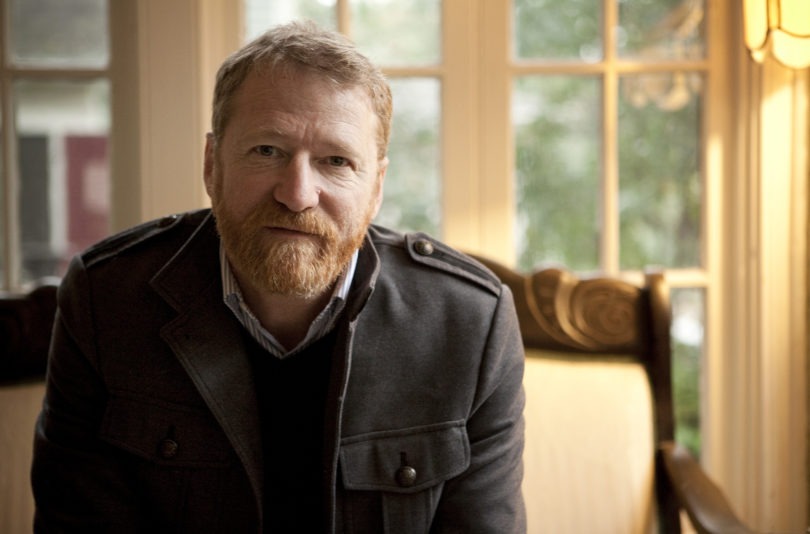 Musician and UGA faculty member David Lowery is organizer of the symposium. (Photo by Jason Thrasher)

A symposium on artists’ rights in the music industry will be held at the University of Georgia from Jan. 22-23, featuring musicians, producers, filmmakers, law enforcement and elected officials.

Sponsored by the Music Business Program at UGA’s Terry College of Business, “Who You Gonna Call? Artists’ Rights Symposium” is free and open to the public.

“I wanted this conference to do something different,” said conference organizer David Lowery, a musician and UGA faculty member. “I’ve been to a number of these symposia on music business and copyright law, but they tend to be held by law schools and the framework is more about public policy versus public welfare, so the artists’ rights perspective isn’t considered as much.”

Jonathan Taplin, author, film producer and director emeritus of the Annenberg Innovation Lab at the University of Southern California, will deliver the keynote address at 11:45 a.m.

“Our goal is to get more people involved in the discussion, including people who play a very big role in the way that artists’ rights are handled,” Lowery said.

The event is free, however registration is encouraged by RSVPing to the conference organizers. More information is available on the symposium’s website.

The symposium begins with an evening reception Jan. 22 at the 40 Watt Club in downtown Athens. Panel discussions and the luncheon program will take place in Room A220 of Moore-Rooker Hall on the UGA campus.

The symposium is supported by a state-of-the-art conference grant from UGA’s Office of the Senior Vice President for Academic Affairs and Provost. These grants provide faculty the opportunity to organize a conference on the UGA campus that facilitates new interaction among national and international scholars with UGA faculty and students