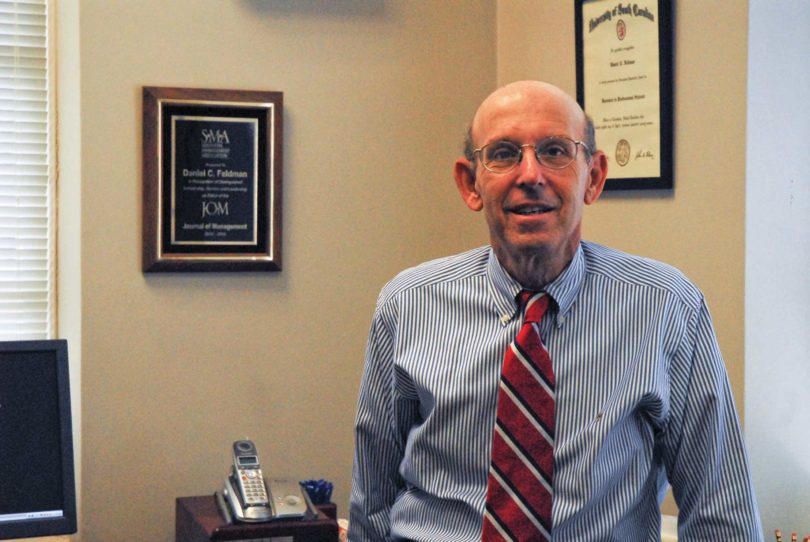 Daniel Feldman is considered by many of his peers to be the leading authority on career development issues, which he examines from the perspective of both the individual and the organization. And he is an oft-quoted source when it comes to fielding career-related questions from the media.

“While most scholars were examining how employees were preparing for high-growth careers in the 1980s, Daniel was focusing on the waves of job loss and unemployment that were soon to break,” said Allen Amason, management department head. “When most organizational behavior researchers were examining rational models of how young adults chose one job over another, Daniel was doing innovative research on why young adults were having trouble starting their careers at all.”

Associate dean for research and international programs, Feldman also holds the Synovus Chair of Servant Leadership in the Institute for Leadership Advancement. The recipient of Terry College’s 2007 Outstanding Research Award, Feldman examines how individuals make decisions to enter or change careers and how new hires adjust to new work environments and to pressure from veteran employees.

“I’ve recently published theory papers on both workaholism and career embeddedness,” said Feldman, who follows the same systematic approach in each area he studies.
He first publishes a theory article. He follows that with a series of empirical studies. Finally, he publishes practitioner-oriented pieces, highlighting the relevance and the implications of his scholarly research.

Workaholism is rampant in the American workplace, according to Feldman, who notes that office hours are clogged with more meetings than ever.

“And meetings are sometimes scheduled to accommodate the slowest participants,” he said, “so that increases everyone’s work time.”
Telecommuting and Wi-Fi access are part of the problem.

“Telecommuting increases work hours and decreases the number of hours when people are truly free from work,” said Feldman, who notes that working at home at night and on weekends is often more strenuous than being an on-call physician because telecommuters aren’t on call—they’re actually working.

“Workaholics exhibit the same addictive behaviors as other addicts, and there’s often a negative impact on family and friends,” said Feldman. “Some companies expect employees to check their e-mail after dinner. You see Blackberrys on the beach at Cape Cod. And cell phones follow people everywhere from restaurants to movie theaters.”

Career embeddedness is another facet of the 21st century workplace.

“Why don’t people change careers even when they’re unsuccessful in their present ones and have more rewarding alternatives elsewhere?” Feldman asked. “Well, to begin with, both family and community sometimes mitigate against a mobile society. Eighty percent of Americans still live in the state where they were born.”

People who dislike their jobs aren’t immune to career embeddedness either.

Feldman served as editor of the Journal of Management from 2002 to 2005.

During his term the annual submission rate doubled to more than 500 articles per year. He also lowered the acceptance rate to 8 percent and decreased average turnaround time, from submission to acceptance letter, to 47 days.

“In a field often guilty of excessive jargon and circularity, Daniel has a reputation as an engaging and incisive writer, with a style that is straightforward, precise and accessible,” said Amason.

In addition, it was named one of four books of the year by the Academy of Management.