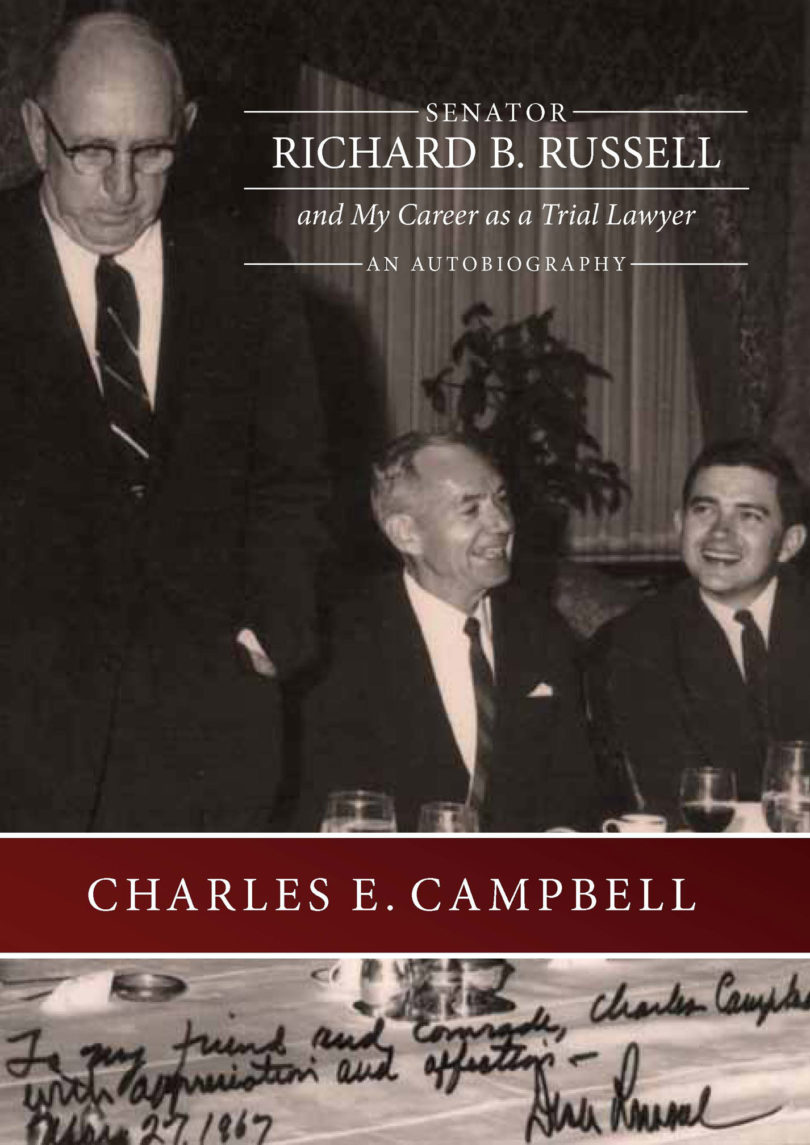 Athens, Ga. – Charles Campbell will discuss his recently published autobiography, “Senator Richard B. Russell and My Career as a Trial Lawyer,” Oct. 11 at 2 p.m. in the auditorium, Room 271, of the Richard B. Russell Building Special Collections Libraries on the University of Georgia campus. A reception, book signing and tours of the special collections galleries will follow.

In 1965 at the age of 23, Campbell accepted a position on the staff of U.S. Sen. Richard B. Russell in Washington, D.C., where he worked until Russell’s death in 1971. He traveled extensively with the senator, attended his family reunions and was one of the few people in Russell’s hospital room when he died. After the senator’s death, Campbell completed his law degree in 1971 at Georgetown Law Center and returned to Georgia to become a trial lawyer.

A 1965 UGA graduate, Campbell was a founder and trial lawyer with the firm of Hicks, Maloof and Campbell, which merged with McKenna Long and Aldridge, where he continued to practice until his retirement in 2009.

Campbell will speak on his career and the life lessons he learned from working for the senator.

Campbell’s visit is sponsored by the Richard B. Russell Library for Political Research and Studies, an archives center for modern politics and policymaking focused on Georgia and its national and international connections, with particular emphasis on the role of Georgia and the U.S. Congress. The breadth and depth of the library’s collections provide an interconnected framework of perspectives and experiences for understanding the increasingly diverse people, events and ideas shaping the national, and more specifically Georgia’s, political landscape.