Awardees and initiates were recognized at the university’s annual Tucker Dorsey Blue Key Awards Banquet on Oct. 15 at the University of Georgia Center for Continuing Education & Hotel.

The 2021 Blue Key Service Award was presented to Darrice L. Griffin, senior deputy director of athletics at UGA; Robert L. Izlar, founding director of the Harley Langdale, Jr. Center for Forest Business in the Warnell School of Forestry and Natural Resources and a former advisor to UGA’s Blue Key chapter; and Steve W. Wrigley, who retired as chancellor of the University System of Georgia earlier this year. 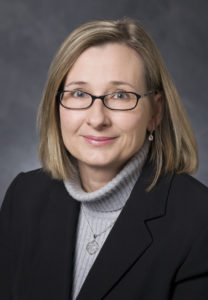 “All of the individuals receiving Blue Key Service Awards tonight have brought significant distinction to the university,” said UGA President Jere W. Morehead. “They have amassed an impressive record of professional accomplishments while maintaining their deep commitment to the institution.” 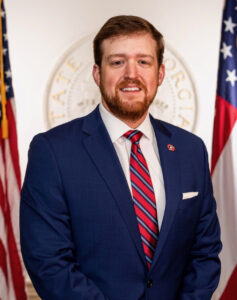 The Russell Student Leadership Award was presented to Celena Michaud, a third-year student majoring in computer systems engineering, and Frank Lumpkin IV, a first-year student in the School of Law.

The AT&T Student Leadership Award went to Kristine Nguyen, a doctoral student in the College of Pharmacy, and Jaquarius Raglin, a third-year student majoring in health promotion and biology.

The 2021-2022 Blue Key initiates also were recognized during the banquet.