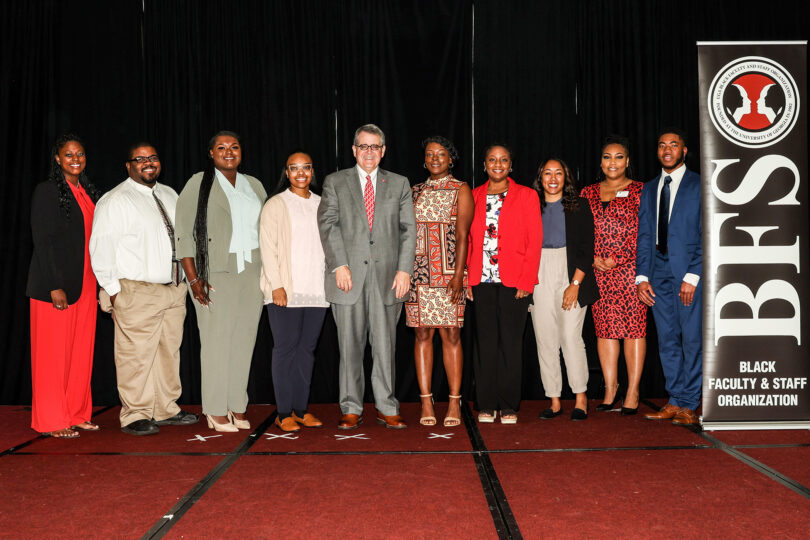 Scholarships and awards were presented during the annual Black Faculty and Staff Luncheon. (Photo by Chamberlain Smith/UGA)

Pamoja founder encourages attendees to “count it all joy”

UGA President Jere W. Morehead expressed his appreciation to the BFSO for its assistance in supporting the most important part of any higher education institution, the students. Last year, Morehead contributed $10,000 to the organization’s scholarship fund through discretionary funds provided by the UGA Athletic Association.

“The scholarships that will be awarded at today’s luncheon can make the difference for a student and their ability to come here, to stay here, to be successful and to graduate from this institution,” said Morehead. “I think these interactions, combined with the hard work of all of you assembled here today, are contributing to programs and experiences that are making this campus more welcoming and more inclusive for all of our students.”

The 2022 scholarship awardees are:

During the luncheon, Marques Dexter, assistant director of student initiatives in the Office of Institutional Diversity, facilitated a conversation with Pastor Nawanna Lewis Miller, one of the early African American graduates of the University of Georgia.

Miller received her ABJ degree in broadcast journalism from the Grady College of Journalism and Mass Communication in 1973. During her time at UGA, she founded the Pamoja Singers, Pamoja Dancers, Pamoja Drama and Arts Group and the Journalism Association for Minorities. 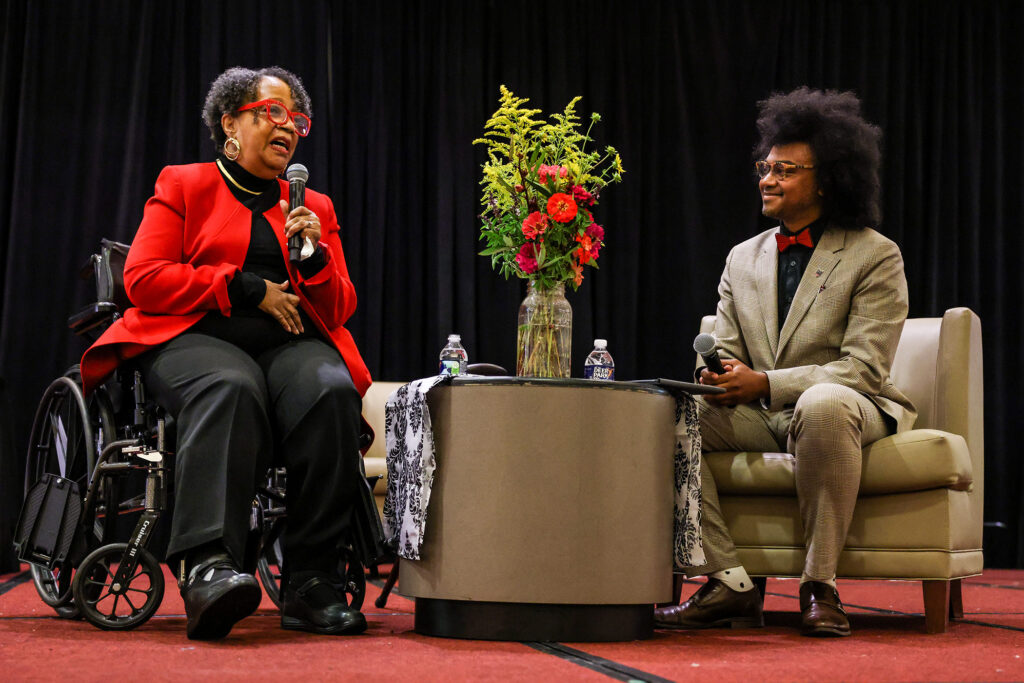 Pastor Nawanna Lewis Miller, left, one of the early African American graduates of the University of Georgia, speaks with Marques Dexter, assistant director of student initiatives in the Office of Institutional Diversity, during the annual Black Faculty and Staff Luncheon. (Photo by Chamberlain Smith/UGA)

Miller said her desire to enroll began in 1961, when she was nine years old. She was inspired by Charlayne Hunter-Gault and Hamilton Holmes, who desegregated UGA, and told her father that she was going to go to that school.

Miller said her experience at the university wasn’t easy, but she was determined to be the first in her family to go to college. It was her time with the Black Student Union that gave her comfort. She was appointed “Mistress of Cultural Affairs,” and that led to the formation of the Pamoja groups, which in Swahili means “together.” It’s a legacy that continues at UGA 52 years later.

“The names have changed, but the ministry, the message and the power has continued,” she said. “All of us live the Pamoja legacy. Everybody who has ever gone through one of those organizations has created that legacy. It’s not mine alone.”

At the end of the discussion, she shared some advice with attendees.

To learn more or join the organization, email bfso@uga.edu.