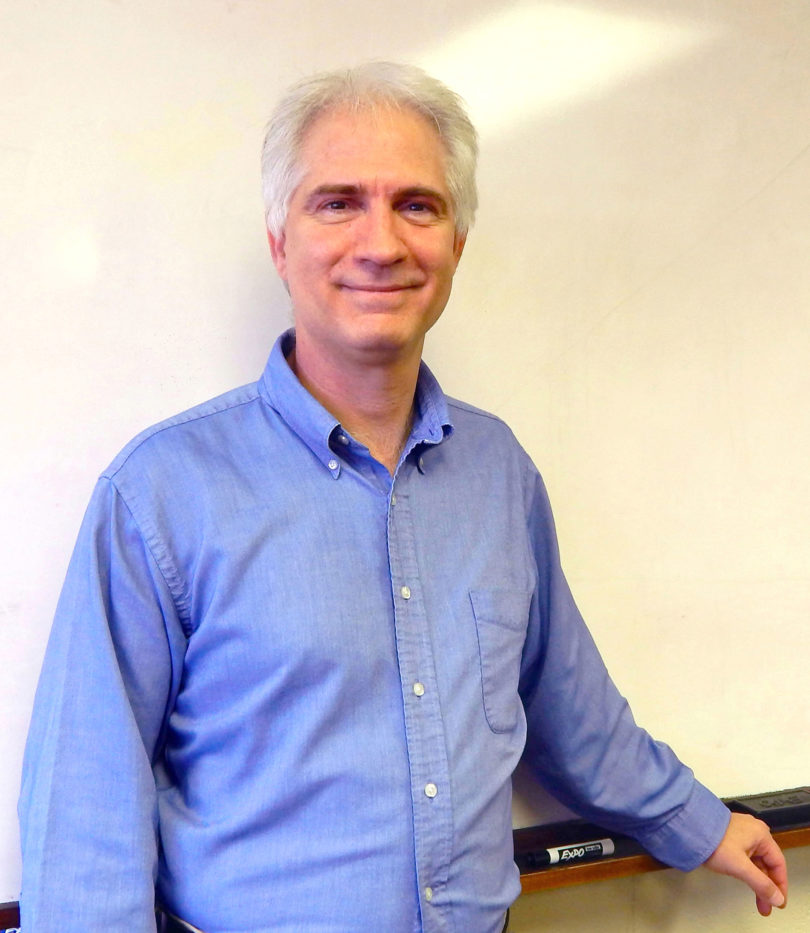 Athens, Ga. – Folates can stimulate stem cell proliferation independently of their role as vitamins, according to a collaborative study from the University of Georgia and Tufts University, which used an in vitro culture and animal model system in their findings.

Folates, whether supplemental B vitamins or natural folates found in food, are essential for the proper functioning of all cells in the body and are critical to prevent birth defects.

The study, published July 11 in Developmental Cell, shows for the first time that an adult stem cell population is controlled by an external factor arising from outside the animal-bacterial folate. In this case, that animal was a small roundworm model organism known as Caenorhabditis elegans.

“Our study shows that germ stem cells in Caenorhabditis elegans are stimulated to divide by a specific folate that comes from their bacterial diet,” said the study’s co-senior author Edward Kipreos, a professor in UGA’s Franklin College of Arts and Sciences. “Folates are essential B-group vitamins. However, we show that the ability of a specific folate to stimulate germ cells is independent of its role as a vitamin, implying that it acts directly as a signaling molecule.”

Naturally occurring folates exist in many chemical forms; folates are found in food, as well as in metabolically active forms in the human body. Folic acid is the major synthetic form found in fortified foods and vitamin supplements.

“Since its discovery in 1945, folate has been the subject of many studies that resulted in more than 50,000 publications. The finding in this study is the first of its kind because it presents evidence that folate is involved in roles other than those that were known before,” said the study’s co-senior author Jacob Selhub, director of the Vitamin Metabolism Laboratory at Tufts University.

“Grains in the U.S. and a few other countries are currently supplemented with folates,” Kipreos said. “Folate supplementation has been an important contributor in reducing the number of neural tube birth defects. However, a vitamin-independent role of folates may provide a secondary pathway, the nature and biological impact of which for humans are yet to be determined.”

The study describes how a specific folate receptor, FOLR-1, in C. elegans is required for the stimulation of germ stem cell growth.

The research team observed a process in C. elegans in which the action of FOLR-1 is required to promote germ cell tumors that may be similar to the way folate receptors promote the progression of certain cancers in humans. With a few exceptions, folate receptors are not essential for the transport of folates into cells for use as vitamins, but may act to stimulate cell division.

As a part of the published findings, the researchers created the first system that allows C. elegans germ cells to be cultured in vitro.

“This technique provides an important new tool for the study of this major genetic model organism,” Kipreos said.

Additional researchers participating in the study were Snehal N. Chaudhari, Madhumati Mukherjee, Alexandra S. Vagasi, Mohammad M. Rahman and Christine Q. Nguyen of the University of Georgia and Gaofeng Bi and Ligi Paul of Tufts University. The study was funded by the National Science Foundation under grant number MCB-1138454 and the National Institute of General Medical Sciences of the National Institutes of Health under grant number R01-GM074212 and support from U.S. Department of Agriculture under cooperative agreement 51520-008-04S.