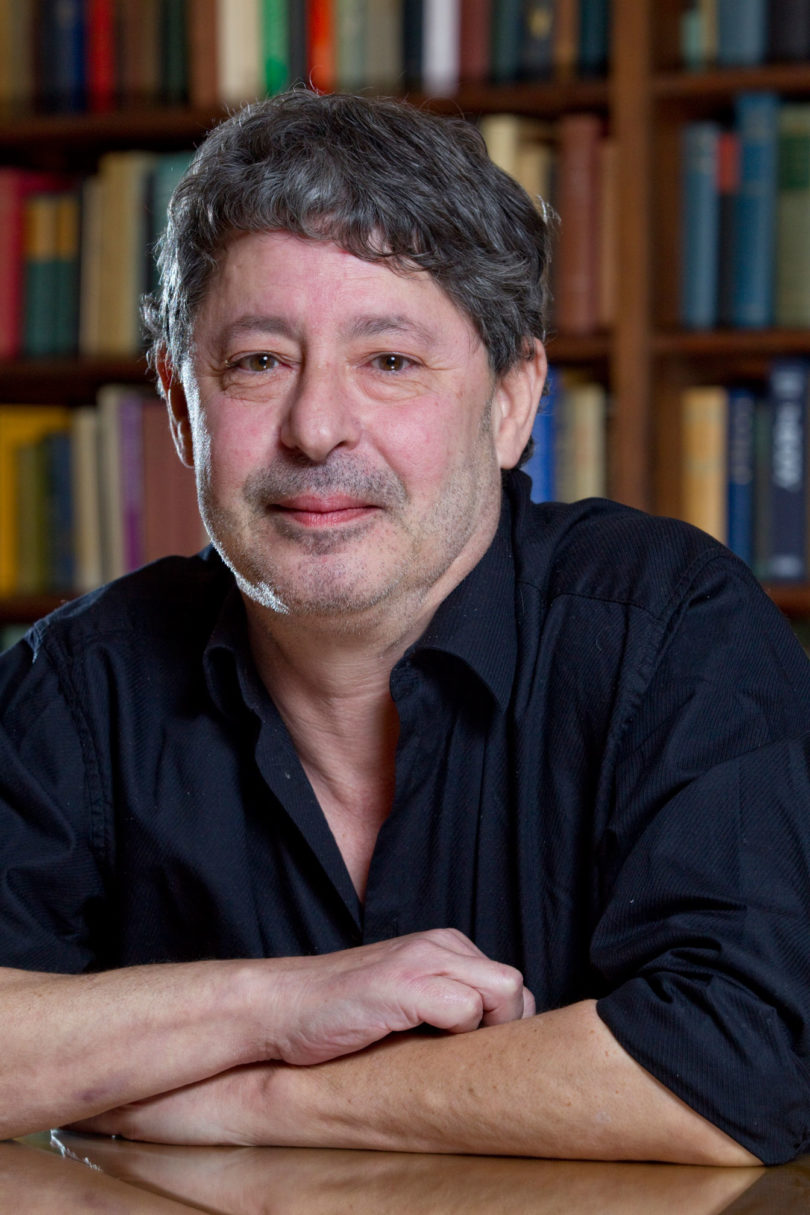 Athens, Ga. – An internationally recognized scholar whose work combines ancient history, archeology and religious studies has joined the University of Georgia as the inaugural holder of the Covenant Foundation Professor of Jewish Studies.

Baruch Halpern, who comes to UGA from Penn State University, has authored four books, including “The First Historians” (Harper & Row, 1988) and the landmark “David’s Secret Demons: Messiah, Murderer, Traitor, King” (Eerdmans, 2001). The latter, which is being translated into Hebrew and Italian, used historical and archaeological evidence to examine the life of King David of Israel.

Halpern also co-directed archeological excavations of the ancient city Megiddo in Israel, edited two scholarly book series and has appeared in several documentaries on Biblical history. He is currently writing a history of Israel and a biography of the prophet Jeremiah.

Halpern is the former director of the Jewish Studies Program at Penn State, where he held the Chaiken Family Chair in Jewish Studies. He has held visiting professorships at the University of Heidelberg in Germany, Ludwig Maximilian University of Munich, the University of California, San Diego and Hebrew University of Jerusalem. He has been a fellow of the National Endowment for the Humanities and the Alexander von Humboldt-Foundation, and he was president of the American Schools of Oriental Research in Canada. He earned his doctoral, master’s and undergraduate degrees from Harvard and also taught at York University in Toronto.

“Getting Halpern, the foremost historian of the Bible and its world, was a coup for UGA,” said Richard Elliott Friedman, the Ann and Jay Davis Professor of Jewish Studies at UGA. “We’ve been receiving enormously congratulatory messages from scholars around the world on this appointment. And our students are already starting to discover what a brilliant and generous teacher he is.”

The Covenant Foundation was established by Ann and Jay Davis and supports their philanthropic pursuits. One of the most important aspects of the foundation is to strengthen educational endeavors that perpetuate and enhance the identity, continuity and heritage of the Jewish people. In 2003, they established the Ann and Jay Davis Professorship in Jewish Studies.

“It is our hope that the establishment of these two professorships will create an interest by others to enhance this learning experience at the university, and eventually will make UGA a foremost center of Jewish learning,” Jay Davis said.

Jay is a trustee of the University of Georgia Foundation, serves on the Terry College Advisory Board and is chairman and chief executive officer of National Distributing Company Inc. He and his wife Ann are UGA alumni who have supported their alma mater for more than 40 years. In addition to the Franklin College, they have provided significant funding to the Terry College of Business, the UGA Athletic Association, the Grady College of Journalism and Mass Communication and several other UGA programs and projects.

“Jay and Ann have been great friends of the university,” said UGA President Michael F. Adams. “Their latest gift to establish this professorship has strengthened the university’s study of religion and enhanced the academic program in significant ways. We are very grateful for their continued support.”

In 1991, the Davises, along with Jay’s sister Dulcy and her husband Jerry Rosenberg, established the Alfred and Adele Davis Academy, an accredited reform Jewish day school that serves kindergarten through eighth grade in Atlanta. Jay and Ann have been active members of the Jewish and general community in Atlanta, serving on the boards of the Temple, the Jewish Federation of Greater Atlanta, the Davis Academy, the High Museum of Art and the Atlanta and Georgia Chambers of Commerce. Jay also serves as the chairman of the advisory board for the Georgia International Law Enforcement Exchange. Ann serves on the National Board of the American Israel Public Affairs Committee.

The Davis family supports numerous other organizations including Children’s Health Care of Atlanta, the Crohn’s and Colitis Foundation of America, the East Lake Foundation and the Woodruff Arts Center.