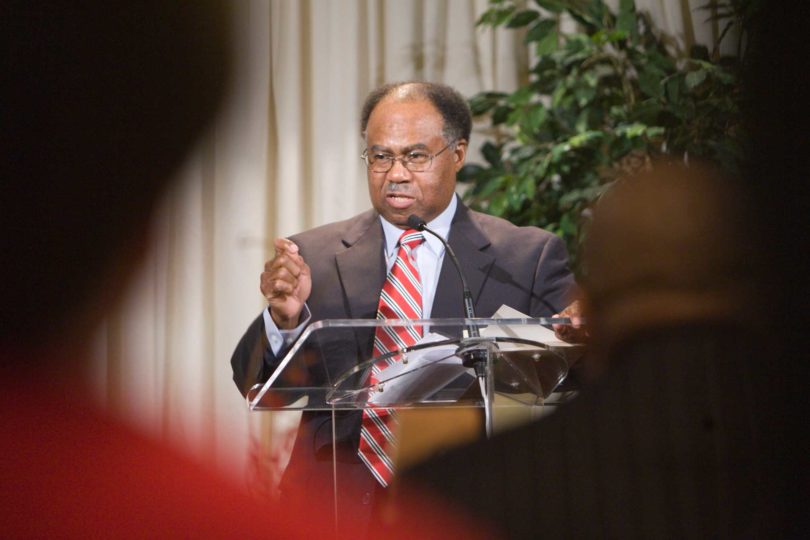 Supreme Court of Georgia Justice Robert Benham will deliver the keynote address at the University of Georgia School of Law’s Commencement to be held May 19 at 10 a.m.

Benham, a 1970 graduate of the School of Law, was the first African-American ever appointed to the state Supreme Court. He served the court as chief justice from 1995 to 2001. Prior to his appointment to the court, Benham was a judge on the Georgia Court of Appeals for five years.

Previously, Benham worked as a trial attorney for the Atlanta Legal Aid Society and in private practice. He also served as special assistant attorney general in Cartersville, Georgia, and worked for two terms as the president of the Bartow County Bar Association.

Benham is currently a member of the American Judicature Society, the National Criminal Justice Association, the Federal-State Jurisdiction Committee and the Governor’s Southern Business Institute. He is also a trustee of the Georgia Legal History Foundation and a member of the National Conference of Chief Justices. He is a past vice president of the Georgia Conference of Black Lawyers, was a board member of the Federal Lawyers Association, and was a former chairman of the Governor’s Commission on Drug Awareness & Prevention.