These awards honor full-time UGA students who demonstrate impactful leadership regarding service in the African American community. They are presented in honor of BFSO presidents who worked tirelessly to advance the efforts of BFSO and improve the Black experience on campus. 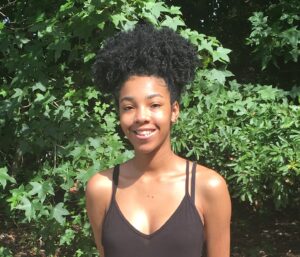 Mecca Slocum, a sophomore theater and entertainment and media studies major, was awarded an undergraduate BFSO Founder’s Scholarship Award. Slocum is the drama troupe manager and technical director for the Black Theatrical Ensemble and is primarily interested in visual storytelling and the different ways it can ignite social change.

Otutochukwu “Otuto” Nwagbata, a senior biochemistry and molecular biology major from Anambra State, Nigeria, was awarded an undergraduate BFSO Founder’s Scholarship Award. Nwagbata is the cultural secretary for the African Student Union and is a member of organizations such as the Louis Stokes Alliance for Minority Participation, the Medical Reserve Corps and the Minority Student Science Association. She aspires to attend medical school after graduating.

LaDiamond Lett, a master’s student of nonprofit management and leadership from Athens, was awarded the Myron Burney Service Award, which recognizes a current UGA student who has demonstrated outstanding community service in the Black community. Lett works full time for College Factory Inc., a local nonprofit, and is in her second year of serving as program coordinator. 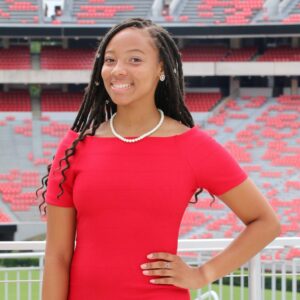 Camille Jones, a junior biology and Spanish major from Lithonia, was awarded the Mark Dawkins Leadership Award, which recognizes a current student who has at least one year of leadership experience on the executive board of a UGA student organization whose primary purpose is to meet the needs of Black students. Jones is the president of Georgia Daze Minority Recruitment and a member of organizations such as the Presidential Task Force for Race, Ethnicity, and Community; the Peach State Louis Stokes Alliance for Minority Participation; and the Minority Student Science Association. 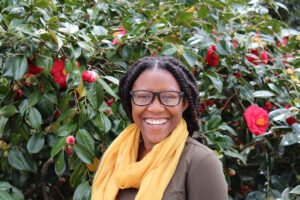 Alexandria Maddox, a fifth-year biological science major, was awarded the Melanie A. Burden Community Award, which recognizes a current UGA student who has demonstrated outstanding commitment in community service, leadership and mentorship with young girls or young women. Maddox has been involved with multiple labs at UGA and hopes to change the face of medicine regarding Black women and health disparities.