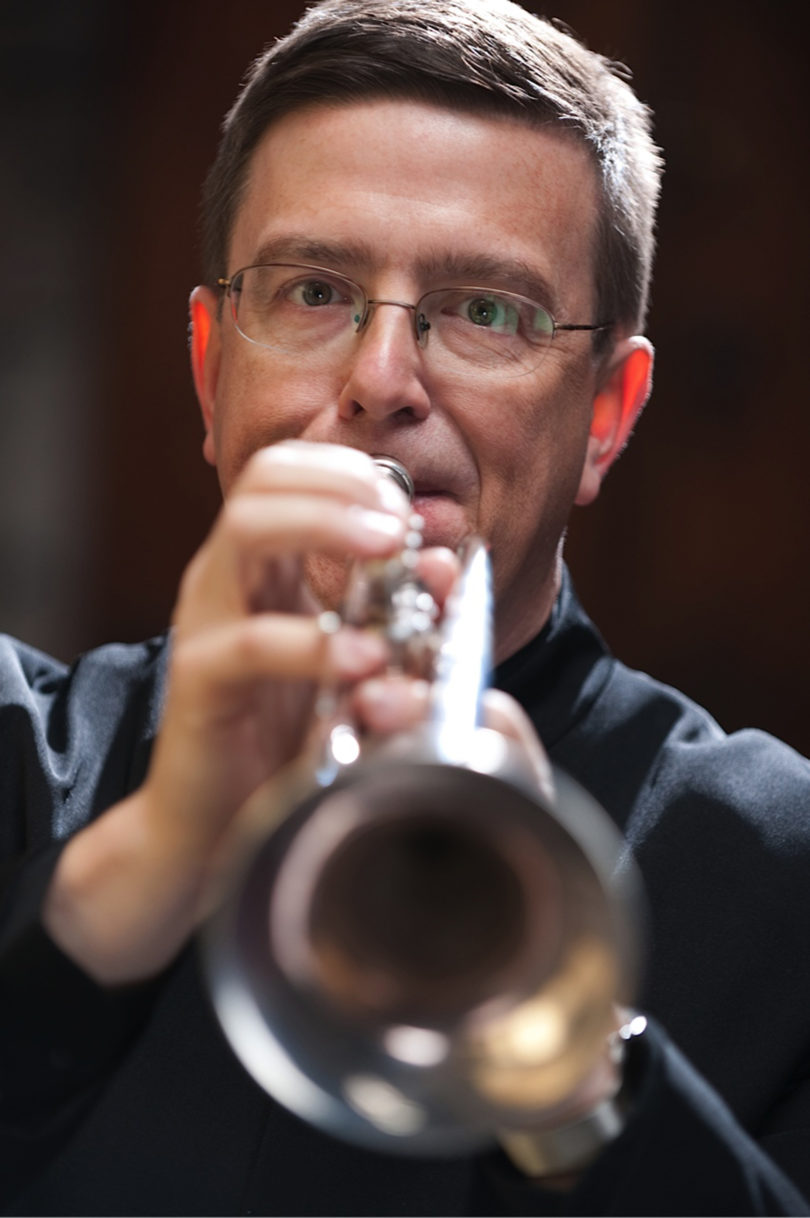 Athens, Ga. – David Bilger, principal trumpet of the Philadelphia Orchestra, has been named the William F. and Pamela P. Prokasy Professor in the Arts in the University of Georgia Hugh Hodgson School of Music within the Franklin College of Arts and Sciences.

A soloist and chamber musician of international reputation, Bilger will help lead the trumpet program at the school previously headed by Fred Mills, a founding member of the Canadian Brass, who died in 2009.

Hailed by The New York Times for his playing of “easy brilliance” and by The Washington Post for his “engaging legato touch,” Bilger has held the position of principal trumpet of The Philadelphia Orchestra since 1995. Prior to joining the Orchestra, he held the same position with the Dallas Symphony.

“UGA is becoming one of the best places to study brass anywhere, and Dave Bilger’s presence here will continue to enhance our international reputation,” said Dale Monson, director of the school of music. “Fred Mills’ impact made the future of this position a point of interest across the music world. Dave Bilger is one of the finest trumpet performers and pedagogues today, and we feel fortunate to welcome him to UGA.”

Bilger will join the faculty on a part-time basis beginning this fall, teaching trumpet alongside assistant professor Brandon Craswell.

As a soloist, Bilger has appeared with the Houston Symphony, the Chamber Orchestra of Philadelphia, the Oakland Symphony, the Indianapolis Chamber Orchestra, Philharmonia Virtuosi of New York, and others. His solo appearances with The Philadelphia Orchestra include a 2008 U.S. premiere of Herbert Willi’s “Eirene” for trumpet and orchestra as well as performances of the Tomasi Trumpet Concerto at Carnegie Hall and on tour in North and South America in 1998.

Bilger has appeared with the Chamber Music Society of Lincoln Center, in which he recorded Bach’s Second Brandenburg Concerto. Other chamber music appearances include Chamber Music Northwest, the New York Trumpet Ensemble, Saint Luke’s Chamber Ensemble, as well as guest appearances with the Canadian Brass and the Empire Brass. He recently released a recording of new electro-acoustic music for trumpet and synthesizers with composer Meg Bowles.

Bilger has advanced degrees in trumpet performance from the Juilliard School of Music and the University of Illinois.

“It is very exciting for me to be joining the faculty at the UGA,” Bilger said. “Musicians in the U.S. are faced with very serious challenges during these difficult economic times, and I am looking forward to the opportunity to give the next generation of brass players the tools they will need to be not only fine performers, but also ambassadors for the musical art form.”

For more information on the Hodgson School of Music, see www.music.uga.edu.

Note to editors: An image of David Bilger is available for download at http://multimedia.uga.edu/media/images/UGA_Bilger.jpg.