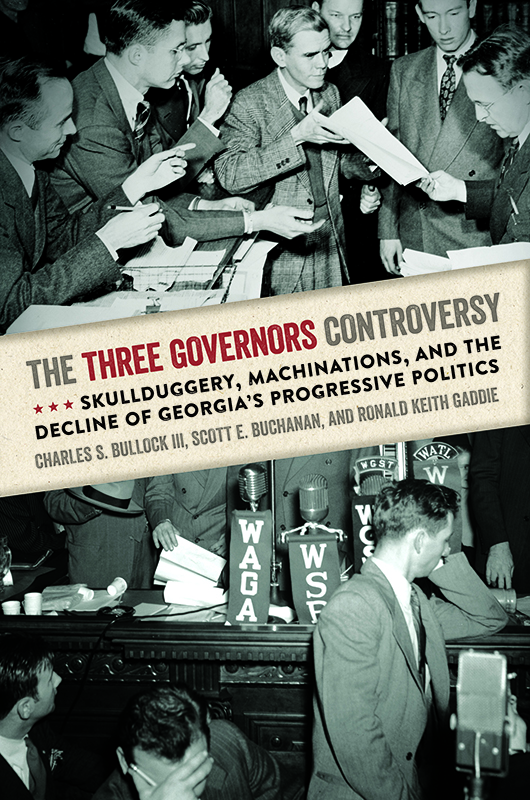 The death of Georgia Gov.-elect Eugene Talmadge launched one of the most unusual political events in U.S. history: the state had three active governors at once.

The Three Governors Controversy is the first full-length examination of that episode, which wasn’t just a crazy quirk of Georgia politics, but the decisive battle in a struggle between the state’s progressive and rustic forces. In 1946, rural forces aided by the county unit system, Jim Crow intimidation of black voters and the Talmadge machine’s “loyal 100,000” voters united to claim the governorship.

Charles S. Bullock III, the Richard B. Russell Professor of Political Science in the UGA School of Public and International Affairs, co-wrote the book with Scott E. Buchanan and Ronald Keith Gaddie.