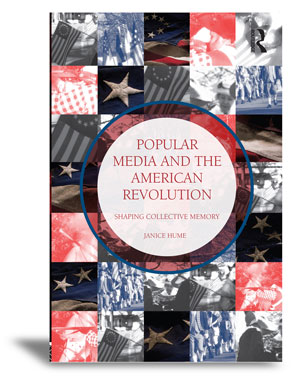 Janice Hume, journalism department head in the Grady College of Journalism and Mass Communication, has authored a new book. Popular Media and the American Revolution focuses on the power of collective memory in shaping the stories people remember.

The book started when Hume moved to Georgia and started exploring the history of the area. She soon discovered that Washington was the first town in the U.S. named for the nation’s first president. This led her to do further research about the American Revolution where she recognized that many stories were recounted from newspaper articles. She also noted the frequent references to the American Revolution in obituaries. Hume, who has experience studying obituaries, said she got the idea of writing the book because of how often icons of the revolution were mentioned in obituaries.

In addition to stories about icons, Hume discusses some of the people who were left out of the narrative.