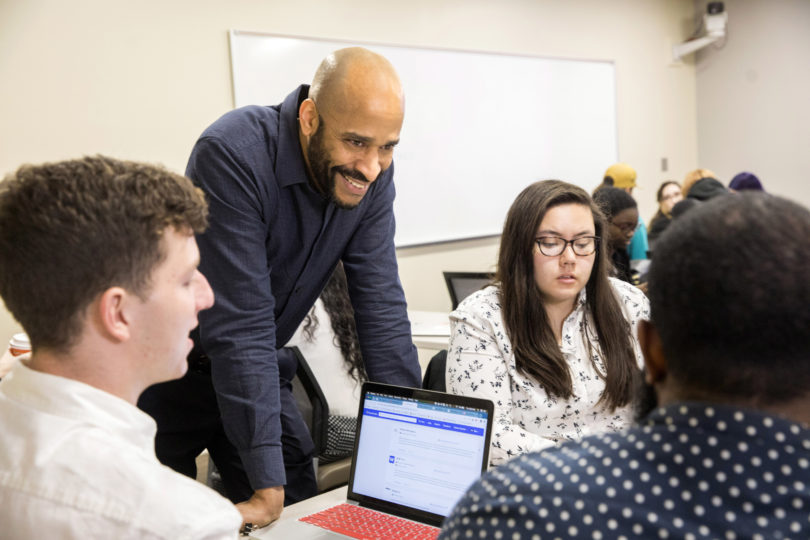 Booker T. Mattison, an assistant professor in the Grady College of Journalism and Mass Communication, is an author, filmmaker and educator who prepares students for careers in the state’s booming film and television industry.

Where did you earn degrees and what are your current responsibilities at UGA?

I earned a Bachelor of Science in mass communications from Norfolk State University and a Master of Fine Arts in film and television production from the Tisch School of the Arts at New York University.

Since I joined the department of entertainment and media studies, which is in the midst of a spectacular growth spurt, I have been actively involved in the development of our M.F.A. in film, television and digital media, an overhaul of the undergraduate entertainment and media studies curriculum, and serving on the search committees for two new faculty members who will join our team in the fall of 2019.

When did you come to UGA and what brought you here?

I started at UGA in 2017. I came to UGA to accept an assistant professor position in the department of entertainment and media studies. As well, I’m excited to live and create content in the No. 3 film and television production hub in the world — Georgia.

My favorite course is “Advanced Production” because I am able to midwife compelling and diverse narrative short films from our supremely talented entertainment and media studies students. Since this is a capstone course, I have the opportunity to work with content creators who are about to graduate and make their mark in the world.

I premiered my latest short film, “Bosniak,” here on campus last November. It was a great experience because I collaborated with four UGA professors and a UGA staff member to make the film. Professor James Biddle (Grady) was the lead editor; Emily Koh (Hugh Hodgson School of Music) composed the score; professor Hatidža Mulić (Lamar Dodd School of Art) translated the script into Bosnian and created original paintings for the film; Walker Swain (College of Education) created original hip-hop music for the film; and Stephen Bridges (Office of Online Learning) was also an editor. Having the first public screening at UGA in front of cast, crew, current and former students, and colleagues was one of the more unique screening experiences of my career.

How do you describe the scope and impact of your research or creative work to people outside of your field?

Thomas Edison once said that whoever controls the motion picture industry controls the most powerful medium of influence over the people. How ironic he said that more than a century before streaming technology and the advent of the smartphone made media consumption mobile and ubiquitous. Film and television production is unique among other disciplines because all people—no matter who they are or where they’re from—consume and are influenced by visual stories. To that end, it is more important than ever for my students to be trained to properly wield the enormous power and responsibility they have as content creators. For that reason, we don’t just study and practice craft in my classes, we also explore the importance of theme, worldview and truth in the work that they create.

Great question. Each time I make a film, every document (storyboards, budgets, look books, etc.) and every step of the production process (pre-production, production, and post-production) becomes teaching material. When I discuss a concept or principle in class, students appreciate seeing how I executed the same in an actual production. So my pedagogy extends far beyond the classroom. In addition, since I’ve become a professor, every production that I have undertaken has had current or former students as part of the crew. 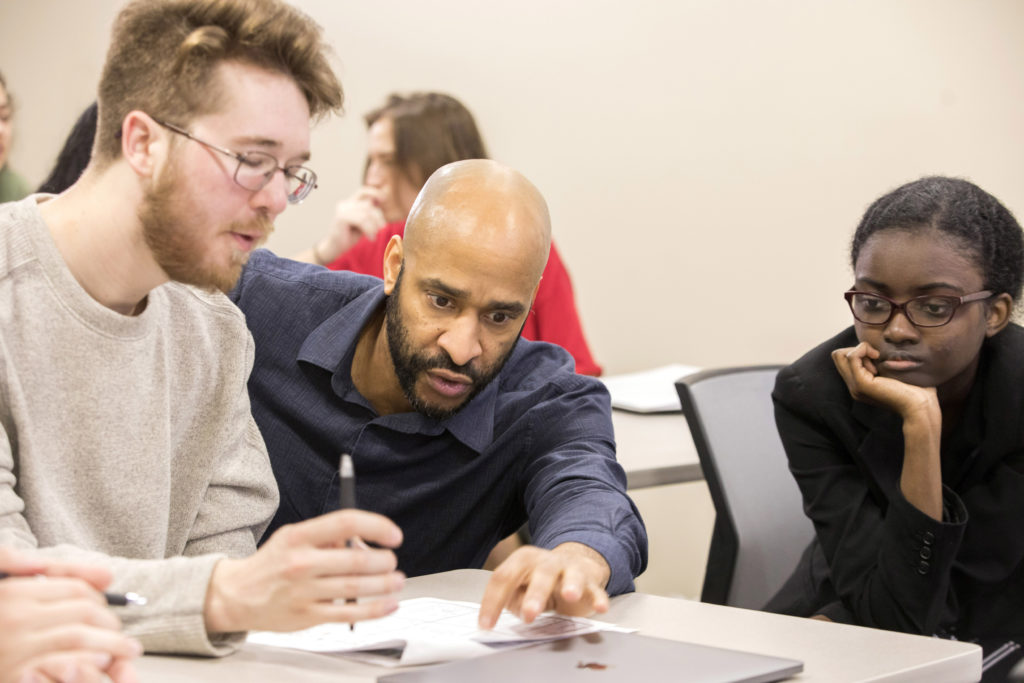 What do you hope students gain from their classroom experience with you?

What I hope students gain from my classes are a demystification of the processes of film and television production, a solid understanding of the competencies covered in each class, inspiration to discover their voice and create their own projects, and the tools they need to build a career for themselves after college.

My ideal student is one who is inspired (you cannot teach passion), meticulous (details are the difference between good and great), and relentless (the entertainment industry is extremely competitive, so this trait is absolutely necessary).

My favorite places to be on campus are Room 118 and Studio 3 in the communications building. I have class in those two locations, and that’s where magic happens, ideas are born, and students find their wings and learn to fly.

I attend Victory World Church in Norcross, and I’m the quintessential supportive dad who attends every one of my kids’ events and activities. Between my four kids and their sundry activities, my wife and I could start our own ride sharing company.

Favorite book/movie (and why)?

My favorite book is “Easy Riders, Raging Bulls: How the Sex-Drugs-and-Rock ‘N’ Roll Generation Saved Hollywood,” by Peter Biskind. This book provides a fascinating look at ’70s Hollywood, the creation of the culture of the blockbuster, and showcases how film industry giants like Spielberg, Scorsese, Copolla, Lucas and others got their start. My favorite movie is “Hidden Figures.” Not only was the film critically acclaimed and a commercial success, it also masterfully chronicles the existence, legacy and necessity of black genius.

… the New Faculty Tour 2017! My employment at UGA formally began on Aug. 1, and six days later I was on a bus with 39 other new professors and administrators for a week. We traversed the state, visiting 43 counties and 14 cities in seven days! What a blast that was!

Although I’ve been at UGA less than two years, I became a Dawg the moment I arrived on campus. I’m a huge sports fan, and I hope that we are able to rack up multiple ‘chips in multiple sports during my tenure here!