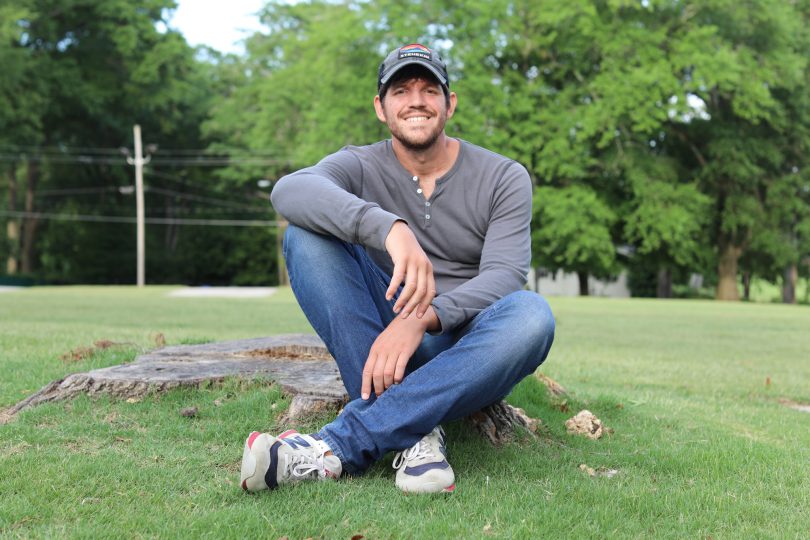 About 10 years ago, Brandon Stanton AB '08 moved to New York with an ambitious idea to photograph the city's citizens. Soon, he struck up conversations with his subjects and the website Humans of New York was born. Stanton has now written four books, and his online community numbers 20 million. (Photo Special)

“Nobody is going to read something that long,” Brandon Stanton thought at first. But the woman’s story was so compelling.

Stephanie Johnson is a 76-year-old New Yorker. Known as Tanqueray, she was incredibly candid, relaying stories about mob bosses and the grittier side of NYC in the ’60s and ’70s.

“I knew it was lightning. She was lightning,” says Stanton AB ’08. “After I shared her story, everyone was just obsessed with her.” (Including actress Jennifer Garner, who wondered in her comment why this woman’s life wasn’t a Netflix series.)

Tanqueray’s life struck such a chord with followers that when they found out her health was failing, they donated millions to a GoFundMe campaign Stanton created to help her live out the rest of her days comfortably. Tanqueray’s story is just one of thousands Stanton, a street photographer based in New York City, has shared on his social media accounts and blog, Humans of New York (HONY).

What started as a creative project ultimately turned into an online community 20 million strong and four books, including New York Times bestsellers and a children’s book.

Stanton spent the first two years after graduation working in finance in Chicago. It was a lucrative but stressful job, and he’d started taking photos after hours to ease his stress. When he was laid off, Stanton figured he might as well give photography a chance full time.

So he packed his stuff and moved to New York City. He’d visited only once but knew it was where he could make his concept work. He’d photograph 10,000 random people on the streets and plot those photos on a map of the city.

“That was the idea that got me to NYC, with just two suitcases, completely broke,” Stanton says. “And then I started innovating from there, and it became less about the map and more about the daily content.”

Naturally, Stanton would strike up conversations with his subjects. One day, he decided to throw a quote in as a caption of sorts when he posted one of his shots. HONY hadn’t established its massive following yet, but Stanton took the 67 likes on that photo as a sign.

He went from spending two minutes with a subject to an hour or more, sometimes learning things about them they’d never told anyone else. They have the option to remain anonymous, but many choose to share their faces—and their stories—with the world.

What I got very good at wasn’t so much the photography. It was that I had stopped 5,000 strangers. I had gotten very good at making them feel comfortable and taking their photograph. So, if that was what I was good at, wouldn’t it make sense to then learn about that person?” — Brandon Stanton, founder of and creative force behind the website Humans of New York

Focusing on the work

Even for staunch HONY fans, the photo above might be one of the first times you’ve seen Stanton’s face. It’s a deliberate choice he makes, to remain behind the camera.

“I joke that I’m invisible, but I’m purposefully invisible,” he says. “If this was Brandon Stanton Photography, I don’t think it’d be nearly what it is today.”

It’s been over a decade of producing content and showcasing real people from over 20 different countries, and Stanton isn’t slowing down.

He’s working on more long-form stories in the same vein as Tanqueray’s. Another recent multipost story about an immigrant couple who were at risk of losing their restaurant saw another massive outpouring of support from the HONY community. The fundraiser for Cristy’s Kitchen raised over a million dollars for the family, providing desperately needed relief.