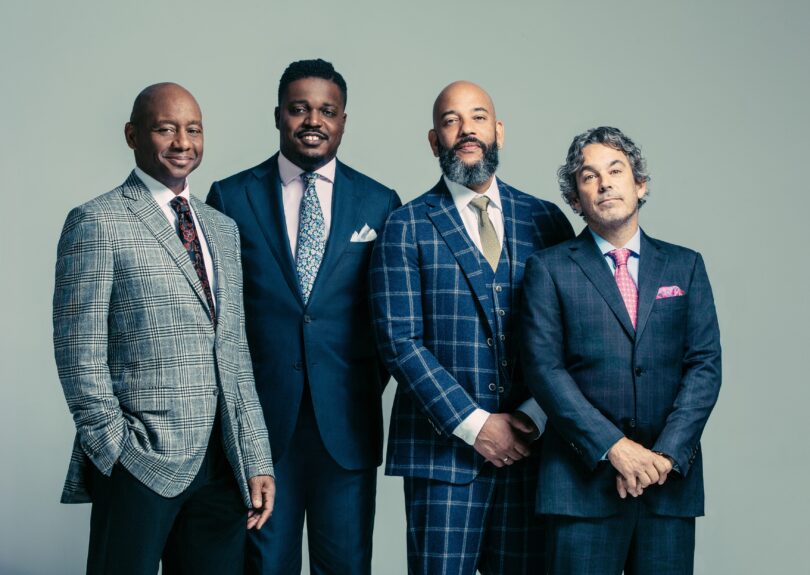 Saxophonist Branford Marsalis is one of the most versatile and visible performers on the concert stage. At home as a soloist with a symphony orchestra, composing for Broadway and Hollywood, performing with Sting and members of the Grateful Dead, or leading “The Tonight Show” band (as he did in the ’90s), Marsalis is the epitome of cool.

For more than 35 years, the Branford Marsalis Quartet has been his primary mode of expression. On Feb. 19 at 7:30 p.m., the Grammy-winning group comes to Hodgson Concert Hall as part of the UGA Performing Arts Center’s 25th anniversary season. The quartet appears in support of its most recent album, “The Secret Between the Shadow and the Soul,” which was nominated for a Grammy.

“Branford Marsalis never has sounded better on tenor and soprano saxophones,” begins the DownBeat magazine review of the album, which concludes, “the quartet stands as a model of adventurousness and commitment. … The resulting music drives hard and holds little back as it traverses the many moods this quartet has at its command, even during the more reflective moments on ‘The Secret Between The Shadow And The Soul.’”

Known for the telepathic communication among its uncommonly consistent personnel, its deep book of original music replete with expressive melodies and provocative forms, and an unrivaled spirit in both live and recorded performances, the Branford Marsalis Quartet has long been recognized as the standard by which other ensembles of its kind must be measured.

The quartet—Marsalis, pianist Joey Calderazzo, bassist Eric Revis and drummer Justin Faulkner—is on a tour that includes stops at the University of Florida, Emory University, Auburn University and Michigan State University. Marsalis has also shared his knowledge as an educator, forming extended teaching relationships at Michigan State, San Francisco State and North Carolina Central universities and conducting workshops at sites throughout the United States and around the world.

Marsalis’ work on Broadway has garnered a Drama Desk Award and Tony nominations for the acclaimed revivals of “Children of a Lesser God,” “Fences” and “A Raisin in the Sun.” His screen credits include original music composed for Spike Lee’s “Mo’ Better Blues”; “The Immortal Life of Henrietta Lacks,” starring Oprah Winfrey; and “Ma Rainey’s Black Bottom,” starring Viola Davis and Chadwick Boseman.

Marsalis and his quartet are appearing at Hodgson Concert Hall during Black History Month. This is just one event of many at the Performing Arts Center this season celebrating Black excellence. In the first of two Atlanta Symphony Orchestra visits this season (March 4), Michelle Cann of the Curtis Institute of Music is the soloist in the “Piano Concerto in One Movement” by 20th century Black American composer Florence Price.

The Grammy-winning Pacifica String Quartet (April 19) is joined by one of the most prominent Black orchestral musicians in the U.S., Anthony McGill, principal clarinetist of the New York Philharmonic. The program includes the Clarinet Quintet by rising Black American composer, pianist and educator James Lee III.

The 25th anniversary gala performance (April 24) features Broadway, TV and film star Audra McDonald, winner of six Tony Awards. “She is probably the most talented person on this planet,” said the New York Times. Her concert will include a mix of Broadway songs, standards from the Great American Songbook, and more.