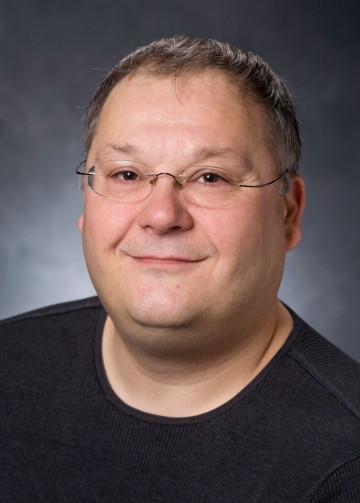 Athens, Ga. – University of Georgia experts say the Brexit vote speaks to a “broken” European Union and will likely lead to uncertainty and more exits.

Experts, their expertise and thoughts are:

“We are all stunned. I felt that the vote would play out in fashion very similar to the Scotland referendum in 2014: It would poll closely but on the actual day there would be a 60/40 split in favor of remaining with the EU. As you have seen, the result is a very close swing the other way.

“In the short term, the destabilizing effect on the British economy and the weaker pound will mean that our students have greater purchasing power while they are here, but in the longer term could mean reduced university services and access alongside increased costs, as the market here in Britain will react with increased premiums on virtually all goods and services as a way of making up for the perceived or actual loss.

“Its effect on universities and schools, many of which receive significant public funds (Oxford included) will be similar, but the greatest effect for the University of Oxford in the foreseeable future might well be that that number of European students who have matriculated here could decrease sharply, leading to an even more significant increase in students from the rest of the world as the university adjusts its recruitment and enrollment efforts to make up that gap. Additionally, the number of foreign faculty and researchers who bring their research and grant monies to Oxford in order to do their work and to teach here could be altered as well, and that might have a deleterious effect on the diversity of academic activities, also. The reputation that Oxford enjoys will likely help it to level out some of these effects, I would predict, but time will tell.

“As Britain begins the two-year-long process of negotiating its departure (to be guided by new, as-yet-unnamed leadership), the next 24 months are likely to see quite a few changes in the social, economic and political arenas. That our students will get to witness this up close will make for a wonderful learning opportunity, but those of us who oversee programs will have to make sure we stay on our toes.”

Europe lost its only moderate Euroskeptic voice
“In their shared dislike of the European Union, populists have cherished the panic Britain’s U.K. referendum has struck at the heart of Europe. Its outcome is useful evidence that the EU is broken, its “the elite” out of touch with “the people,” who have now finally found their voice.

“Brexit has legitimized the anti-EU position, discounted as unacceptable and unrealistic for years.

“Founder of the Dutch Party for Freedom Geert Wilders wasted no time in congratulating the Brits and calling for the Netherlands to call its own referendum on EU membership. The same is likely to happen in France and Denmark, where populists of the Left and Right support an exit, Euroskepticism is widespread, and European integration has come up as a highly politicized issue in previous referendums.

“Europe has lost one of the Euroskeptic voices among the political mainstream. Populists on the Left-who fear a dismantling of the whole European project-and on the Right – who fear a surge toward greater integration – are understandably nervous.”

“After the Brexit vote, the one thing that’s predictable is that we’re facing a long period of uncertainty. Yesterday, everyone knew what the rules were. While the rules don’t change today, no one knows what the rules will be in in three months or two years. The terms of trade in goods and services between the U.K. and the rest of the EU, the rights of U.K. citizens to work, to health care, and to travel in other EU countries, intelligence sharing between the U.K. and the other EU governments, and the regulation of any number of industries in the U.K. are now open to debate at home and subject to negotiations abroad. Article 50 of the Treaty on European Union lays out a process for withdrawal but subjects everything to negotiation between the U.K. and the other 27 member states. No one can know today where exactly those negotiations will lead.

“More broadly, the Brexit vote highlights the long-recognized tension in globalization. Increasingly, the things we want cannot be achieved and the problems we face cannot be solved by one country alone. They can only be achieved or solved through cooperation and coordination. But as we move key decisions to more regional or global levels, it becomes harder for people to feel that their voice is really being heard, that they really have a say in the rules defining their lives. When those global or regional decisions are controversial, as many EU decisions have been, those who disagree and feel left out are less likely to see the decisions as legitimate. In a modern globally interconnected world, the regulation we need is in constant tension with the governance we want. And it’s not clear that tension can be resolved. There are ways to manage this tension, which many people will be revisiting after the Brexit vote, but their effectiveness is limited.”