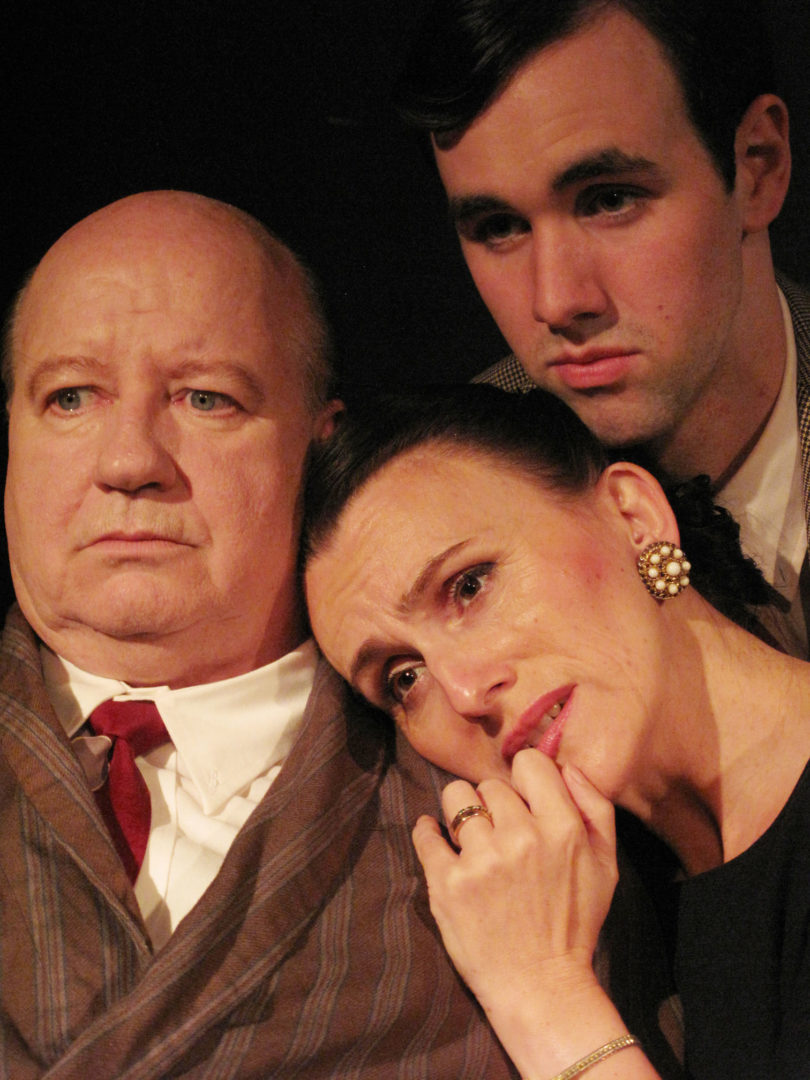 Athens, Ga. – University Theatre will present All My Sons, Arthur Miller’s searing examination of the American Dream, social responsibility, and relationships between fathers and sons. On stage in UGA’s Fine Arts Theatre, the production will run Nov. 3-4 and 8-11 at 8 p.m., with 2:30 p.m. matinees on Nov. 6 and 13.

All My Sons tells the story of Joe Keller, who is haunted by charges of war profiteering and the loss of one of his sons during World War II. A captain of industry during the war who was charged with knowingly selling faulty airplane parts that led to the deaths of American soldiers, Keller lives under a cloud of suspicion for years, despite having been cleared of the charges.

The role of Joe Keller will be played by UGA theatre alumnus Brian Reddy, who graduated with an M.F.A. in acting in 1977 and went on to a successful career that has spanned Broadway, Off-Broadway, major regional theaters, film and television. This past year, he originated roles in two world premieres. At the Lincoln Center Theatre in New York, he played Jonathan Sparks in John Guare’s A Free Man of Color, directed by George C. Wolfe; and at The Alley Theater in Houston, he played Vince in Rajiv Joseph’s Monster at the Door. His extensive film and television credits include O Brother Where Art Thou?, Seinfeld, Buffy the Vampire Slayer, Law & Order, The Bird Cage, The Good Wife, Married with Children, The Gilmore Girls and Casino.

Arthur Miller’s first major play, All My Sons helped usher in a new era of American drama. “The play powerfully affected audiences with fresh memories of World War II, and it continues to resonate with modern desires for success in opposition to greater societal needs,” said director Ray Paolino, an associate professor in UGA’s department of theatre and film studies. “Miller’s most expertly crafted play represents not only a model family of the mid-twentieth century American middle class, but a family enfolded by a timeless tragic structure that evokes a royal dynasty, a classical Greek division of power or an Elizabethan revenge tragedy.”

Tickets are $15 for the general public and $12 for students, and can be purchased online through http://www.drama.uga.edu/events/boxoffice, by phone at 706/542-4400, in-person at the Performing Arts Center box office or at the door prior to the show. For more information, see www.drama.uga.edu.

Note to editors: An image from UGA’s production of All My Sons is available for download at http://multimedia.uga.edu/media/images/All_My_Son.jpg.

Caption for photo: Members of the cast from UGA’s production of All My Sons include Brian Reddy, UGA alumnus (M.F.A. 1977) as Joe Keller; Marzena Bukowska, third-year M.F.A. performance student as Kate Keller; and Harry Valentine, senior theatre and English major as Chris Keller.