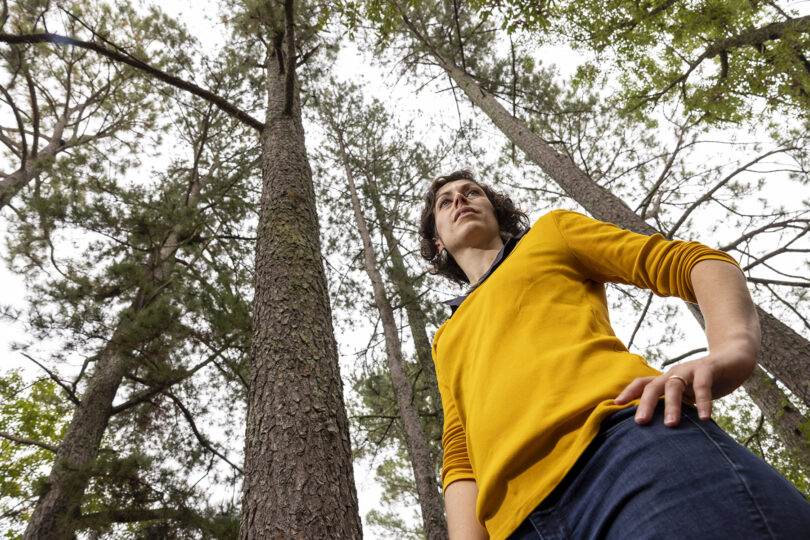 Caterina Villari is an assistant professor of forest pathology at the Warnell School of Forestry and Natural Resources. (Photo by Dorothy Kozlowski/UGA)

When we get sick, our bodies launch a defense.

It’s a similar story with trees. But while these plants don’t have an immune system like humans, they do have a chemical response that helps protect from invading organisms. It’s this defense mechanism that Caterina Villari is exploring.

“If you understand what’s happening, it will help you select for resistance,” said Villari, an assistant professor of forest pathology at the Warnell School of Forestry and Natural Resources. By identifying the response that is the most successful at fighting off pathogens or pests, we can select seedlings with these properties—and help grow more pathogen-resistant forests.

“A tree is not a passive organism—it will respond. And a tree has very fine-tuned mechanisms of defense against pathogens,” she added. “The plant is able to perceive that something is attacking it, and then it will react with the production of other sorts of components.”

Villari, who completed her undergraduate and graduate work in schools in Italy, has always focused on pine trees. These trees have a very specific response to pests and pathogens: Resin, containing chemicals such as terpenoids, and phenolics. Her research focuses on tree pathology—diseases in trees caused by microorganisms, such as fungi—along with some crossover expertise into the area of pests. As a doctoral student, she worked alongside entomologists to investigate fungi associated with insects.

After a postdoctorate position at Ohio State University, she made the decision to pursue a faculty career in the United States rather than her home country of Italy. The University of Georgia was her first interview, and perhaps it was kismet that her drive from the Atlanta airport, on her way to her interview, took her past acres of pine stands.

“Throughout my undergrad, senior thesis, master’s and Ph.D. programs, I’ve always worked on pine,” she said. “As I was driving to Athens, all I could see surrounding me was pines. And I thought, ‘This looks like a good spot for me!’ So, that’s the journey that brought me here.” 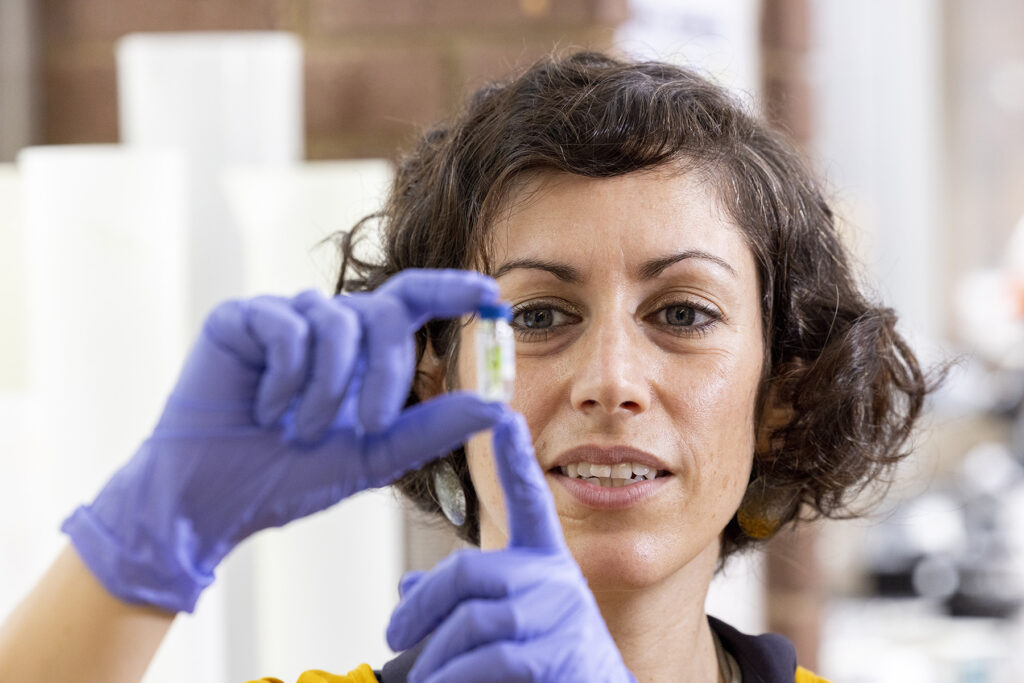 These days, her research involves using new technologies to better inform plant selection. Unlike crop research, which can yield results in as short as one growing season, research on trees can take decades. But what if there was a way to identify traits within a seedling that could help ward off diseases decades down the road?

To answer this question, Villari is researching the use of near-infrared spectroscopy to create a “fingerprint” of chemical compounds in particular seedlings. Using data collected from partner institutions as well as her own field work, she and her students are investigating whether this technology can be used to identify pines with greater resistance to fusiform rust, a fungus affecting Southern forests.

“It’s a hand-held scanner that will read the chemical signature of the plant—it looks like a portable flashlight—and you can scan the tree and very rapidly have a fingerprint of the chemical composition of the plant,” she said. “That fingerprint will give you a profile and with that, you can build a predictive model with machine-learning algorithms.”

The goal, she said, is to be able to scan a seedling and predict whether that tree could be more resistant to disease. The project, which is sponsored by the USDA FS, Forest Health and Protection and by the Southern Pine Health Research Cooperative, includes other UGA faculty members as well as experts from partner institutions and the forest industry.

“It’s a technology that has been here for a long time, but its use in forest health is relatively new,” she said. “I think we’re going to see something, but there’s no way to know until you test it. And to do that, you have to get the data and build the algorithms.”