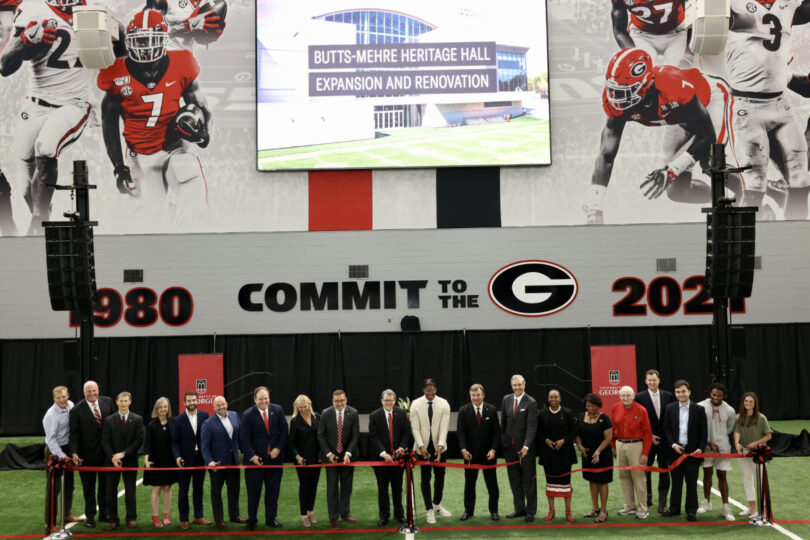 The upgrades benefit all 21 sports programs under the Athletic Association

The latest expansion of the University of Georgia’s Butts-Mehre Heritage Hall — administrative center for the Athletic Association, as well as the operational hub for the football program, since 1987 — was dedicated Tuesday, culminating a project that was nearly three years in the making. The facility will benefit all 21 sports programs at UGA.

“We are committed to providing state-of-the-art facilities that prepare UGA students to succeed at the highest levels of competition, helping them achieve their full potential while they are here on campus and later, in their professional careers,” said Morehead. “We are reminded, as we look around, of how fortunate we are to have loyal and generous alumni who care deeply about the University of Georgia and our student-athletes. We could not achieve this level of success without them.” 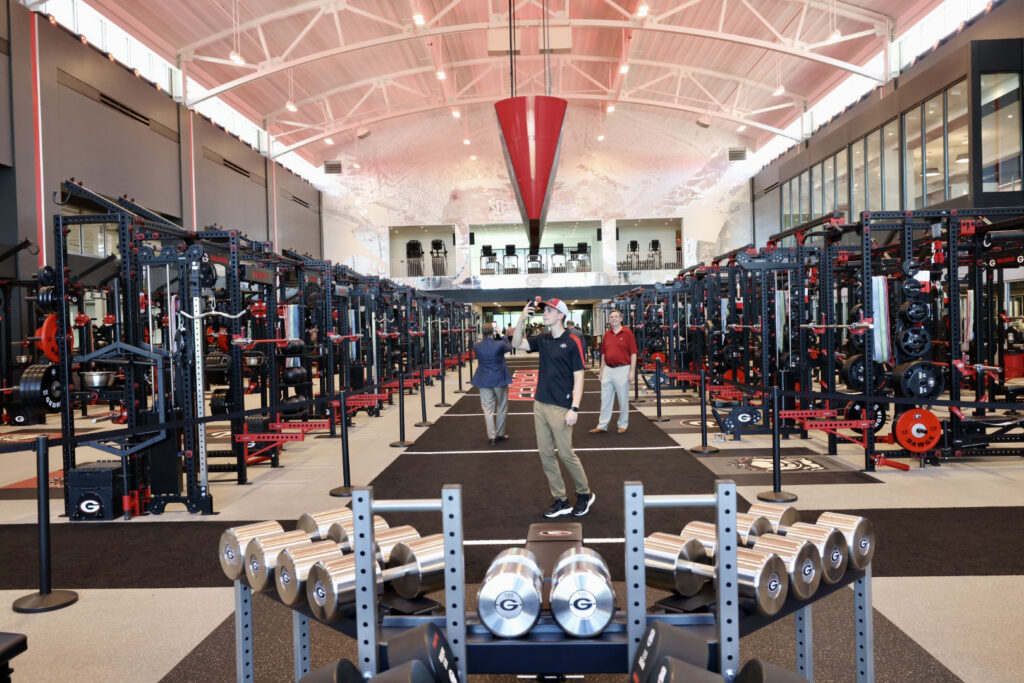 The most recent expansion, built at a cost of $80 million, added 165,000 square feet of new and improved space, including a much larger weight room, sports medicine facility, locker room and player lounge. A second phase of construction added food service and nutrition centers and meeting rooms. A final, ongoing phase of construction will renovate and repurpose existing spaces to accommodate the sports medicine and track and field programs.

“There are so many people to thank for getting us to this point,” said Brooks. “When you build facilities like this, our focus is the experience we create for our student-athletes, day in and day out. This is a facility they’ll be in 11 months out of the year, or more than that. This is a home away from home for them. We always keep the student-athlete experience at the forefront of everything we do at the University of Georgia.”

The expansion that was dedicated Tuesday was approved by the UGA Athletic Association board of directors in September 2019. Construction began the following January and continued through the onset of the COVID-19 pandemic. The first phase of the project, which included the new locker room, weight room and sports medicine center, was completed in time for the Bulldogs to move in after spring football in 2021. 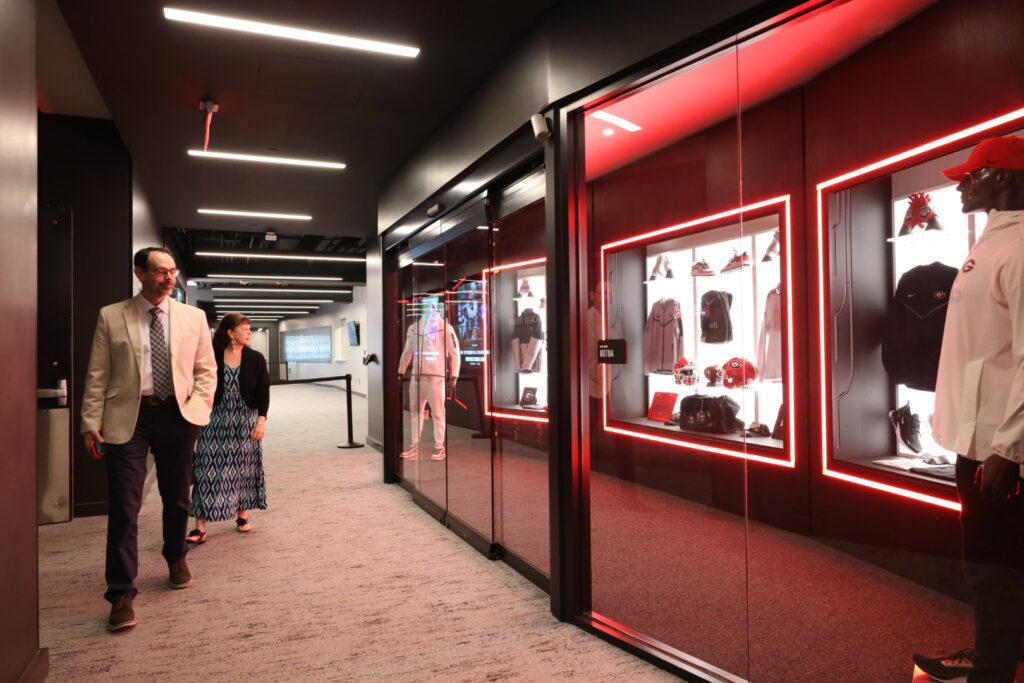 “We’ve done some incredible things in terms of facilities,” said Smart. “I personally believe that this facility helped us this season, along our championship run, in many ways. This wouldn’t be possible without the people here today. Make no mistake about it: The facilities we’ve built don’t win championships; the people who support them do.”

The original Butts-Mehre Heritage Hall, built at a cost of $11.5 million, was dedicated on April 25, 1987. Other expansions throughout the years have included the following: