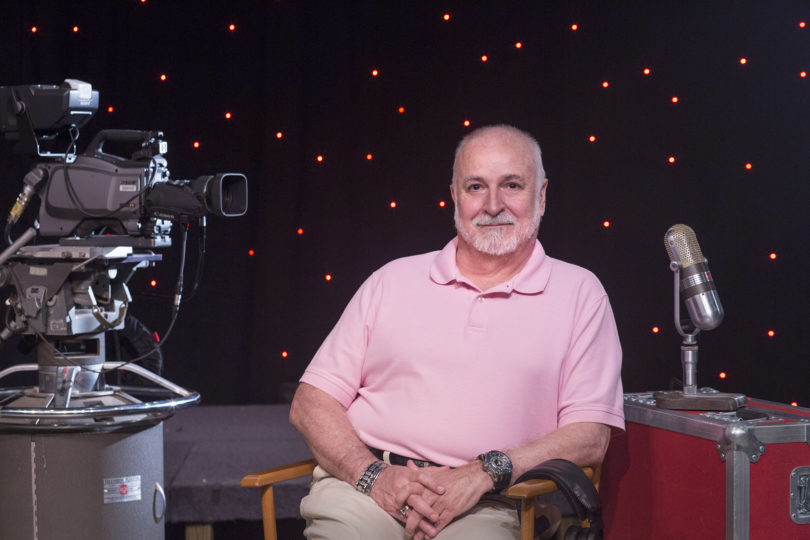 For 33 years, Steve Bell, director of UGA’s Broadcast, Video and Photography unit, has helped document the university’s far-reaching impact both in the state of Georgia and around the world.

Bell, who will retire June 30, has witnessed progress in the university’s stature and its communications strategies. Throughout that time, he has led efforts to produce quality visual documentation of UGA’s teaching, research and service mission in action.

“To have been here and to have been a small part of helping build the institutional image all of these years is what I’m going to remember,” Bell said.

During his time at UGA, Bell also has been involved in the production of several award-winning documentary features.

Bell and Tom Jackson, vice president for public affairs, produced documentaries in the 1980s showcasing UGA’s international reach. In Burkina Faso: Where Lions Once Roamed, Bell helped tell the story of College of Agricultural and Environmental Sciences graduates who returned home to Burkina Faso in Africa to assume positions of leadership in the government.

More recently, Bell produced two award-winning documentaries about marine scientist Samantha Joye’s research into the Deep Horizon oil spill, which helped uncover the environmental impact of that disaster. One of the documentaries, Black and Blue: Beneath the Gulf Oil Disaster, garnered a regional Emmy award.

In addition to the feature-length projects, part of BVP’s mission is to compile a visual archive of important UGA events, Bell said.

“All of this material produced through this office is such an important asset to the historical record at this university,” Bell said.

Getting to document UGA’s historic events, from important international speakers like Mikhail Gorbachev, who came to UGA in 1999, to Commencement, and even the funerals of the beloved Ugas, has allowed Bell to interact and work with students. Bell said he cherished those opportunities to witness the continued improvement in student quality.

“When you look at what has occurred with the student body compared to where it was 30 years ago,” he said, “not only just the size but the quality of the student body today, it’s phenomenal.”

Looking back at his successes, Bell credits the hard-working staff at BVP for their dedication to documenting UGA’s story over the years.

Like Bell, several BVP staff members have logged decades of service at the university. Over that time, the team has become a tight-knit group. Those relationships have helped the work at BVP flourish, said Bell.

“This staff is unbelievable in terms of the quality of their work,” he said. “They are really unsung heroes for their professional contributions toward the historic record of the university.”