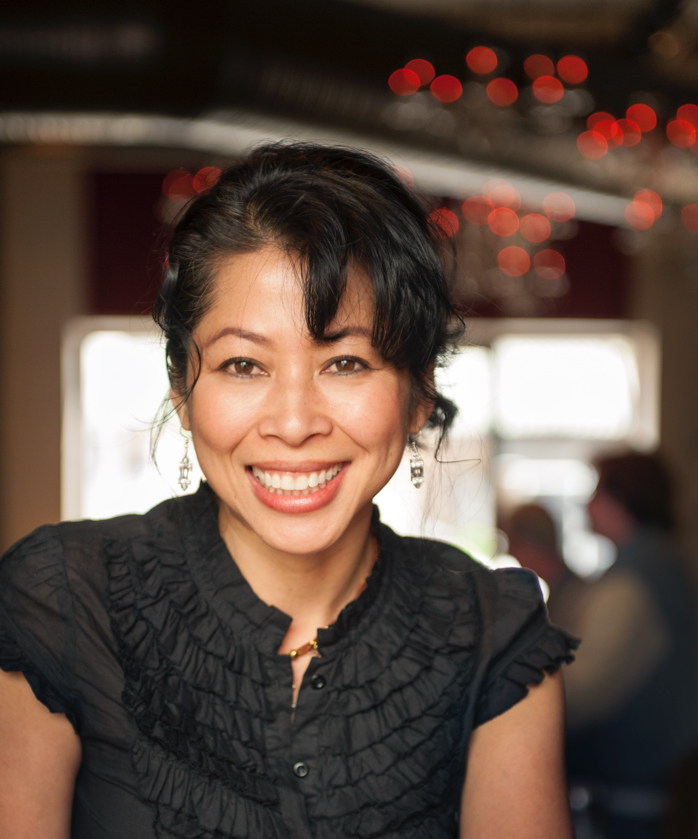 Athens, Ga. – Loung Ung, an author and human rights activist who as a child in the 1970s survived the genocide by the Khmer Rouge in her native Cambodia, will give the inaugural Betty Jean Craige Lecture at the University of Georgia on Jan. 29 at 4 p.m. in the Larry Walker Room of Dean Rusk Hall.

Craige is a professor emerita of comparative literature and a former director of the Jane and Harry Willson Center for Humanities and Arts.

“Few have contributed more to the academic life of the University of Georgia than Betty Jean Craige,” UGA President Jere W. Morehead said. “After four decades of outstanding service to this institution, she continues to inspire the best in all of us. I am pleased that her long and distinguished career at UGA is being recognized through this lecture series.”

Ung’s talk, “First They Killed My Father,” also will begin the 2015 Global Georgia Initiative, a speaker series sponsored by the Willson Center, which has partnered with the department of comparative literature to present the lecture.

She is the author of a trilogy of memoirs, “First They Killed My Father: A Daughter of Cambodia Remembers” (2000); “Lucky Child: A Daughter of Cambodia Reunites with the Sister She Left Behind” (2005); and “Lulu in the Sky: A Daughter of Cambodia Finds Love, Healing, and Double Happiness” (2012), all published in the U.S. by HarperCollins. The books describe her journey from Cambodia—where her parents and two sisters were among some 2 million people slaughtered under Pol Pot’s regime in the late 1970s—to the U.S., where she has resided since she escaped to the country in 1980.

Ung is a prominent international activist on a variety of human rights issues, including child soldiers, landmines, women and war and domestic violence. She has been featured in The New York Times, The Washington Post and The Sunday Times in London, among other publications, and has appeared on television and radio shows including NBC’s “The Today Show” and NPR’s “Fresh Air” and “Weekend Edition.” She wrote a segment in the acclaimed 2013 documentary film “Girl Rising,” which profiles nine girls in developing countries working to overcome difficult challenges to build successful lives.

“In choosing the speaker for the inaugural Betty Jean Craige Lecture, our committee sought someone who could reflect Betty Jean’s far-reaching effect on UGA, not only through her roles at the university but also as an active and cherished member of the Athens community,” said Peter O’Neill, assistant professor in the department of comparative literature and chair of the department’s annual lectures, conferences and events committee. “The speaker also had to be someone whose work touched on some of Betty Jean’s lifelong interests: global citizenship, environmental and ecological concerns and high-quality writing. Loung Ung fulfills these goals brilliantly.”

For more information on the Global Georgia Initiative, see http://willson.uga.edu/.