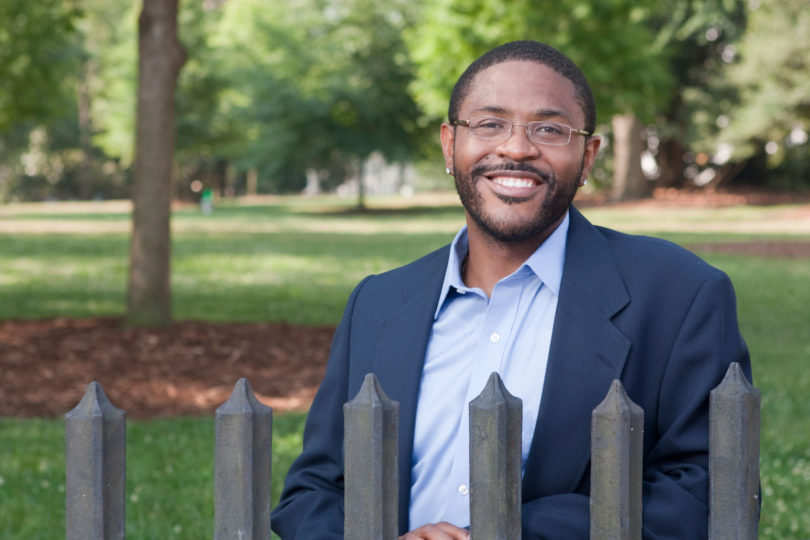 UGA employees and retirees have the opportunity to support the areas of the university that matter most to them by participating in the annual faculty and staff campaign.

Each of the university’s approximately 9,000 employees and 2,500 retirees are being asked to support the campaign, which runs through June 30, as it strives to surpass last year’s total of $2.23 million. Those gifts supported academic programs, general support funds in individual schools, colleges, units and departments and other programs.

Because they often work on or near campus, UGA employees are in the unique position of seeing the results of their contributions first hand, said Jill Bateman, associate director of annual and special giving.

“The campaign is really about individuals choosing to make a ­difference,” she said. “Every gift, regardless of size, is important.”

For Tino Johnson, assistant director of admissions/orientation in the Office of Undergraduate Admissions, donating to the campaign represents a chance to help others.

Johnson gives to the Georgia 4-H program out of a belief that it’s “the best youth organization in the nation.”

And he should know. Johnson started working with Georgia 4-H as an administrative assistant fresh out of high school.

“The program teaches young people to learn by doing,” he said. “As a product of the 4-H program, I am happy to give back to an organization that means so much to me and many others across this state.”

Gifts like Johnson’s do more than support individual departments and programs.

“Faculty and staff giving sends a distinct message to alumni, corporations, foundations and even state government that the faculty, staff and retirees choose to support the University of Georgia,” said Dorfman,
who also chairs the Executive Committee of University Council.

“The percentage of employees making gifts to the university is a component that can influence an outside organization’s decision on whether to support UGA with their gifts and influence,” said Daniel, who is also president of Staff Council.

As Johnson put it: “No one person can do anything without the help of someone else.”