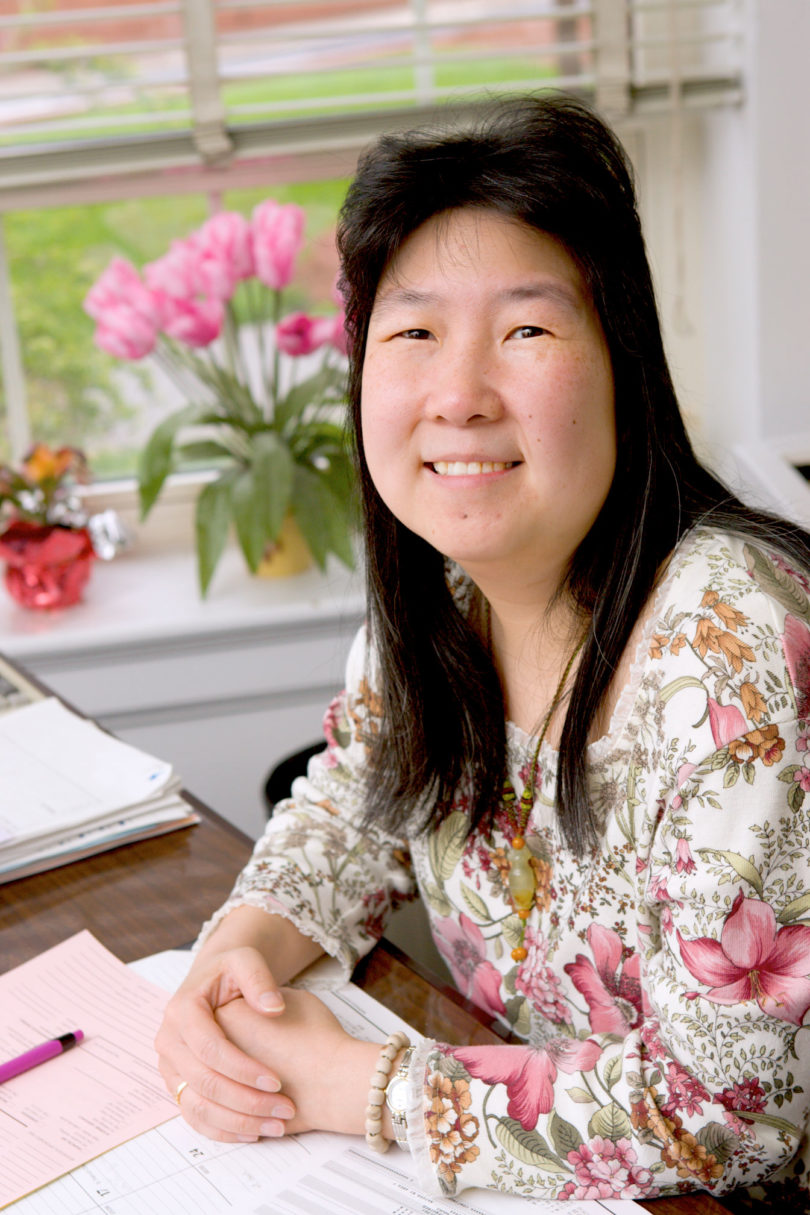 JOB DESCRIPTION: “My biggest responsibility is to advise our undergraduate majors, but I also work with graduate students. We have at least 250 students. I clear them for registration, help with their scheduling, assist them when they have questions, etc. From September to January, I am very busy processing graduate applications.”

MOST REWARDING PART OF MY JOB: “Getting to meet all the students, and then seeing them for two years, their ups and their downs, and then see them graduate. The reward comes when they graduate, and you know they are ready to meet new ­challenges.

“It’s also rewarding to be recognized for my work here. In 1999, I received an honorable mention for the Franklin College’s Outstanding Academic Adviser Award, and then won the award in 2000.”

PREVIOUS WORK EXPERIENCES: “When we lived in Delaware, I was the assistant to the director of investments for a private company. I also used to work on Wall Street for NASDAQ, part of the regulatory agency for investment companies on Wall Street. I started working there when I was going to college in New York City, and I was responsible for compiling mutual funds’ closing quotes, updating into computer databases and transferring this information to the newspapers. That was my first job, and afterwards, I continued working in the investment field using my BBA degree.”

THE PERSON I MOST ADMIRE: “I would have to say my mom, Nguey Heong Lee. She and my dad, Wah Park Lee, brought up five kids. She’s the thinker in the family, she’s always planning ahead and she has great intelligence.

Back when she was in China, after a girl graduated from the sixth grade, education stopped. That was as far as you were allowed to go. Regardless, that didn’t stop her from using her brain. She is creative, has people skills, and is very respected by her friends and peers. To me she’s just an incredible lady. She’s very likeable, people enjoy talking to her, and she always has some words of wisdom for me.

“I was born in Hong Kong, and none of my siblings were born in this country. My younger sister was 1 when we moved here, and I was 7. My mom and dad had to sacrifice a lot. It was hard for them to find jobs because when they first moved here they didn’t speak the language. We moved to New York City’s Chinatown, so speaking Chinese was not a problem. It was easier to find a job in Chinatown, but to get a better job, you needed to have a skill and you needed to speak English, which they didn’t. So they had to sacrifice a lot to put food on the table. But I never felt like I was in need of anything, so they provided quite well for us.

“At the time, there was such a difference in our cultures-the way we dressed would make people point and stare. They would talk behind your back, or they would talk in front of you and laugh in your face. We had to live with prejudice growing up, and that was hard. Over time, because New York is such a melting pot and more immigrants migrated to the city, it became less of a problem. You don’t know hard living until you’ve actually had to go through that.”

THE ISSUE THAT CONCERNS ME MOST ABOUT TODAY’S WORLD: “More and more I’m seeing that the children have forgotten what respect means-­respecting your elders, respecting your parents, your family. They don’t have manners or values, and I think the world today is going toward a TV-dinner lifestyle.

“Everything is fast. Forget about cooking-just throw something in the microwave. Everybody is doing two or three activities in a single evening. They don’t have time to be a family. They don’t have time to stop and have dinner together, and find out how each other’s day was. Everybody is going in different directions, and you don’t even know who you are living with any more. Kids get into all kinds of trouble, and after a while, they don’t know who to go to. They don’t know that they have to have manners. A lot of kids aren’t even told when they’ve done something wrong, and if someone does tell them, they become rebellious. They don’t want to hear that they are doing something wrong. And to me, that’s very scary, because today’s kids are going to be the future. If that is their attitude, we’re going to be in for a tough time. The world is already harsh enough as it is.”