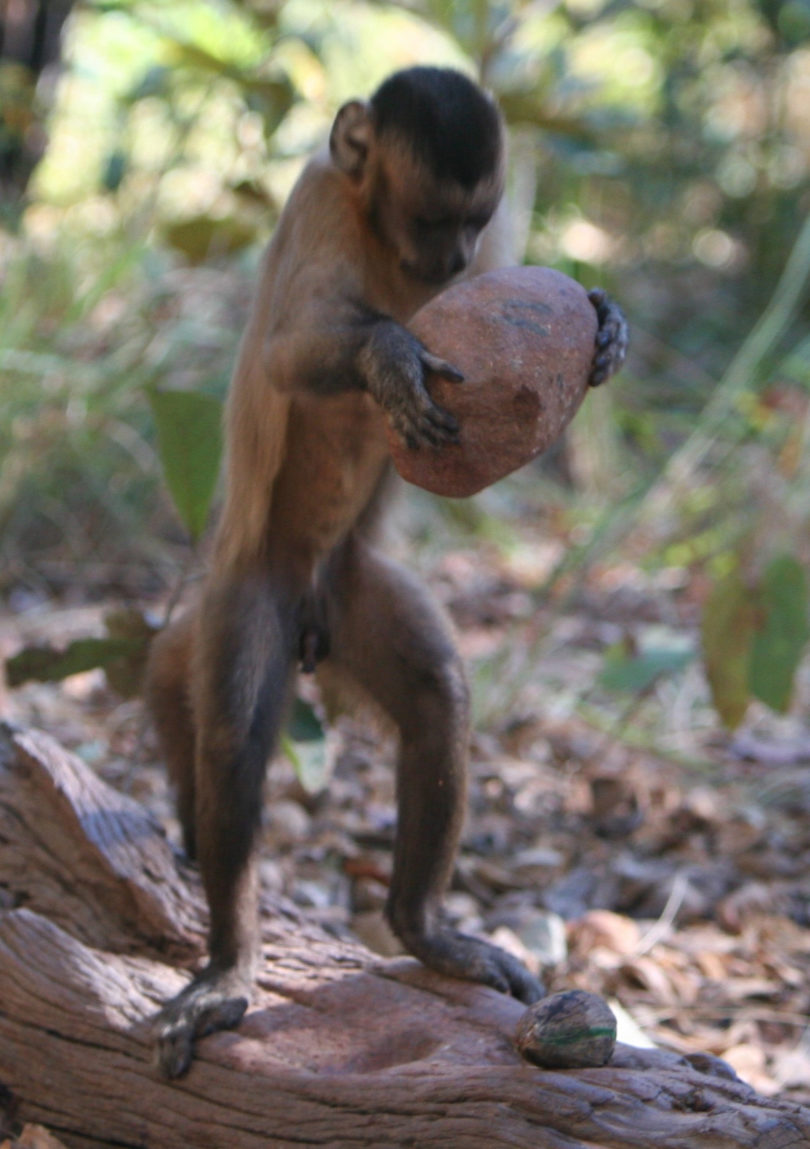 Athens, Ga. – New Caledonian crows that use sticks to poke and prod hard-to-reach food sources are just one example of a species other than humans that use tools. Until now, however, there has been little research concerning the ways nonhumans use tools.

A new study from University of Georgia behavioral scientists reports that bearded capuchin monkeys, Sapajus libidinosus, are skilled at solving problems associated with using tools. The monkeys, like humans, use their bodies to learn about the world, according to a new paper published in the journal PLOS ONE on Feb. 27.

The scientists learned the capuchin monkeys strategically position nuts for cracking. Specifically, they find a stable position for the nut on an anvil before striking the nut with a hammer stone. As the nuts vary in size and shape, each one must be placed individually. The monkeys knock the nut on the anvil to determine if it is in a stable position before they let it go.

The research shows that haptic perception, using feel or touch to develop information about a piece of material or a situation, is part of skilled nut cracking.

“We know that humans skillfully adjust our actions to cope with variations in materials and circumstances,” said Dorothy Fragaszy, lead author on the paper and chair of the Behavioral and Brain Sciences Program in the department of psychology in the UGA Franklin College of Arts and Sciences. “Though we don’t often think about skill in that sense for other species, this is exactly what the monkeys demonstrated.”

The paper suggests that understanding the role of haptic perception in skilled actions is important to developing a better understanding of problem-solving in nonhuman species as well as in humans.

“This finding expands our understanding of how these monkeys are able to use tools effectively,” Fragaszy said. “Studies of tool use in other species from this perspective may indicate equally sophisticated skills and enlarge our understanding of this fascinating aspect of behavior.”

The study looked at 10 bearded capuchin monkeys living in one wild group in eastern Brazil. The research is part of the EthoCebus project, http://ethocebus.org/, a comparative study of complex tool use in wild nonhuman primates that began in 2005.