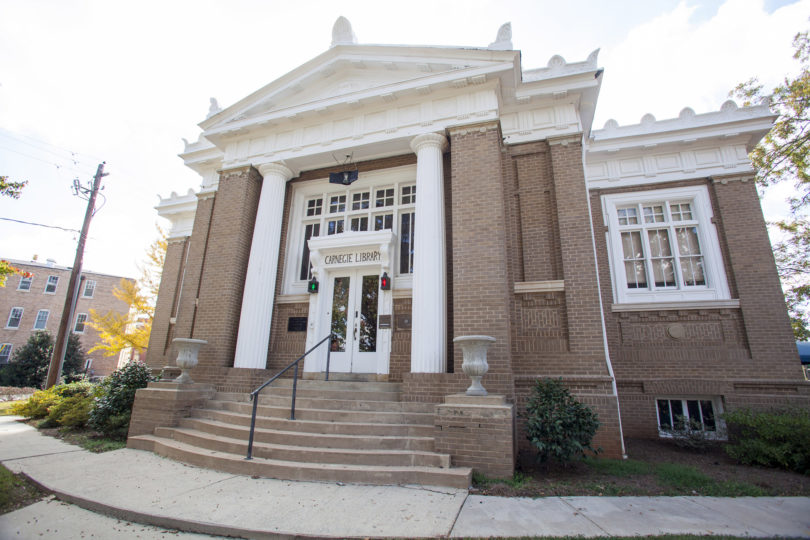 Athens, Ga. – The Carnegie Library Learning Center, an electronic library and learning commons to serve the University of Georgia Health Sciences Campus, opened Nov. 2. The library will be open Mondays through Thursdays from noon to 6 p.m. and on Sundays 4 to 10 p.m.

“The 1910 Carnegie Library is a significant historic structure,” said Toby Graham, UGA university librarian and associate provost, “and in its renovated form makes an excellent setting in which to support student learning on the Health Sciences Campus.”

Six public-access computers for student and faculty use are available, and there is wireless network access throughout the building. The Carnegie Library includes two common reading/study rooms, two group studies, and offers wireless printing.

The facility also serves as a delivery and drop-off point for circulating print library materials from the UGA Libraries’ other locations, including the main library and science library. Users may request delivery of library items to the Carnegie Library through GIL-Find, UGA’s library catalog.

The 1910 Beaux Arts structure was built using funds from the Andrew Carnegie Foundation to serve as the library for the Normal School, a college for training teachers.

By 1953, the Normal School had been incorporated into the UGA College of Education and the property sold to the U.S. government for use as a Navy Supply Corps School. The building is listed on the National Register of Historic Places and, for a time, served as a museum for the Navy School. The property was transferred to UGA for its College of Public Health from the Navy under the Base Realignment and Closure process. The Augusta University/UGA Medical Partnership is also located at the Prince Avenue site.

UGA began renovation of the building in 2012 in part through the support of the Callaway Foundation and the Tull Charitable Foundation.

“Careful attention has been paid to preserving as many of the original features as possible while creating a place to meet the needs of 21st century students,” said Scott Blackwell, CLLC coordinator.

Chief among those needs are electronic resources. The Carnegie Library will function in much the same way as the Miller Learning Center, an electronic library in the center of campus that provides computers, study space and library resource assistance.
This is the UGA Libraries’ fifth free-standing public building in Athens, along with the main library, science library, Miller Learning Center and Richard B. Russell Building Special Collections Libraries.

An open house for the Carnegie Library Learning Center is being planned.