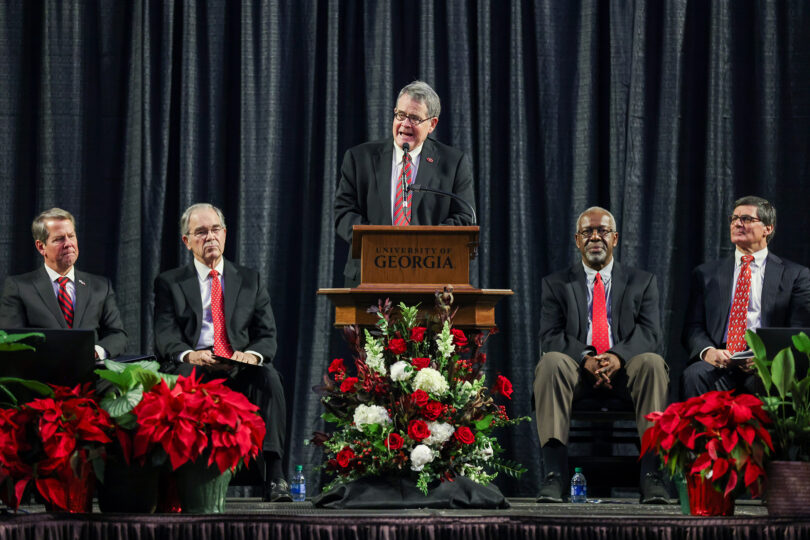 Vince Dooley’s impact on the University of Georgia, the Bulldogs and beyond can’t be measured in wins or championships. The ever-curious, ever-busy man did way too much for that.

Dooley, who passed away on Oct. 28 at age 90, coached the Bulldogs to multiple SEC titles and the 1980 national championship during his 25 years (1964-88) leading the football team. Dooley the Director of Athletics oversaw an athletics department that grew and thrived during his 25 years (1979-2004) in charge. Dooley the man (1932-2022) threw himself into a multitude of interests, particularly history and gardening, that kept him productive and curious for decades.

On Friday night, during a special and often funny and moving “Celebration of Life Service” at Stegeman Coliseum, Dooley’s impact and legacy shined brightly.

Football coach Kirby Smart, speaking about 15 hours before his No. 1 Bulldogs host Georgia Tech on Saturday, spoke of bumping into Dooley on the 16th floor of the hotel in Indianapolis on Jan. 9, the night before Smart’s Bulldogs faced Alabama for the national championship. And then seeing him again on the field after Georgia had won it all.

“He put Georgia on the map,” Smart said.

J. Reid Parker Director of Athletics Josh Brooks spoke of what it means to him to occupy the same office that Dooley did, and how Dooley was a constant source of support and wisdom. He also spoke of Dooley’s vision as an athletic director.

“The success we have today is because of the foundation he built,” Brooks said.

UGA President Jere W. Morehead spoke of the conversations he and Dooley would have about books. He said his favorite memory of his time with Dooley came one morning in 2019, when he and then-Director of Athletics Greg McGarity went to the Dooleys’ home to tell him that the University of Georgia was naming the field at Sanford Stadium in his honor. Dooley calmly heard the great news, and then offered to give them a tour of his garden.

Governor Brian Kemp spoke of the different side of Dooley that he saw as a lifelong friend of the family. He got to see Dooley the father and husband, finding a mentor and a role model at a very young age.

The speakers and speeches went on, all of them talking of how Dooley inspired them and impacted their lives. “His impact went far beyond the hedges,” Kemp said. 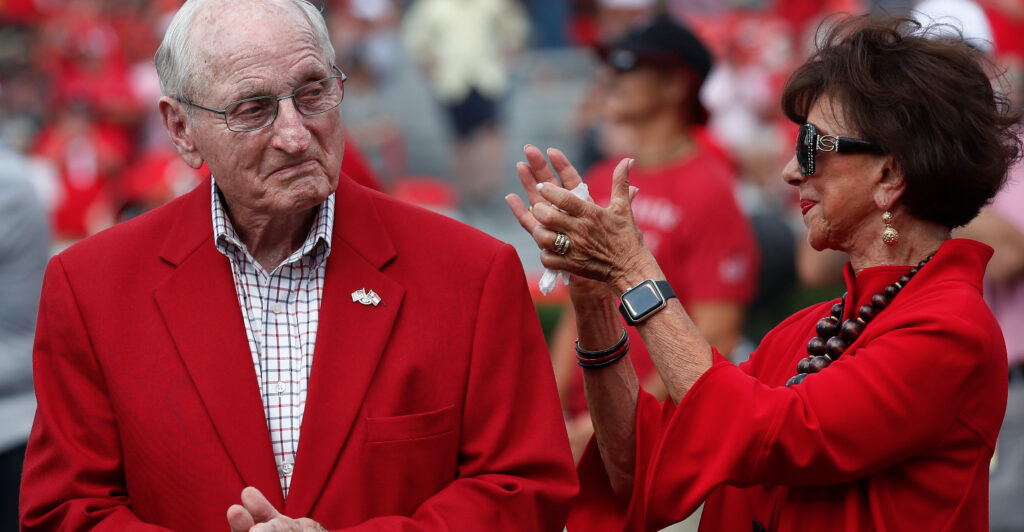 Vince Dooley with his wife, Barbara, during the dedication of Dooley Field at Sanford Stadium in 2019.

Friday night’s gathering felt a lot like one that happened on another Friday night, in September 2019. The evening before the Dooley Field dedication, about 800 former players, coaches and colleagues, as well as Dooley’s family, gathered to celebrate the life and work of one of the most beloved figures in the state.

Dooley watched that night as different people spoke glowingly about the coach, administrator and, most of all, person that Dooley was. It was, in many ways, a “Celebration of Life Service” for the man while he was still with us.

“I’ve never seen so many people happy, and I’ve never been as happy in all my life,” Dooley said when he finally took the stage alongside his wife, Barbara. “I’m happy because y’all are happy.”

As successful as Dooley was as Georgia’s football coach, he also oversaw tremendous success as the Director of Athletics. Georgia teams won 23 national championships while he was in charge, including 10 in his final six years. Women’s sports in particular took off — winning 16 of those 23 titles — with the gymnastics program under coach Suzanne Yoculan Leebern, women’s tennis under coach Jeff Wallace and Bauerle’s women’s swim teams each winning multiple national titles and emerging as perennial national powers.

Under Dooley’s leadership, Georgia established its equestrian program in 2003 and hired Meghan Boenig as head coach. They won a national championship in their first season and have added six more.

Beyond athletics, Dooley lived a rich, vibrant life filled with interests having nothing to do with sports. He loved gardening, more and more as the years passed, and he loved history and learning. He threw himself into his passions, soaking up as much as he could and often sharing what he knew.

Dooley co-wrote several books relating to Georgia football and his time as the Bulldogs’ coach and athletic director. He also wrote, with illustrations by the famed painter Steve Penley, a book about his enthusiasm for gardening called “Vince Dooley’s Garden: The Horticultural Journey of a Football Coach.”

“I’ve always said, the great thing about living around a university is if you’ve got a curiosity about anything (there are resources available), and that’s how I first got into (gardening), because I knew nothing,” Dooley said in 2019.

There’s also a history book he co-wrote titled: “The Legion’s Fighting Bulldog: The Civil War Correspondence of William Gaston Delony, Lieutenant Colonel of Cobb’s Georgia Legion Cavalry, and Rosa Delony, 1853-1863.” Dooley once served as chairman of the Georgia Historical Society and on the board of trustees of the American Battlefield Trust, which is dedicated to preserving America’s battlefields. 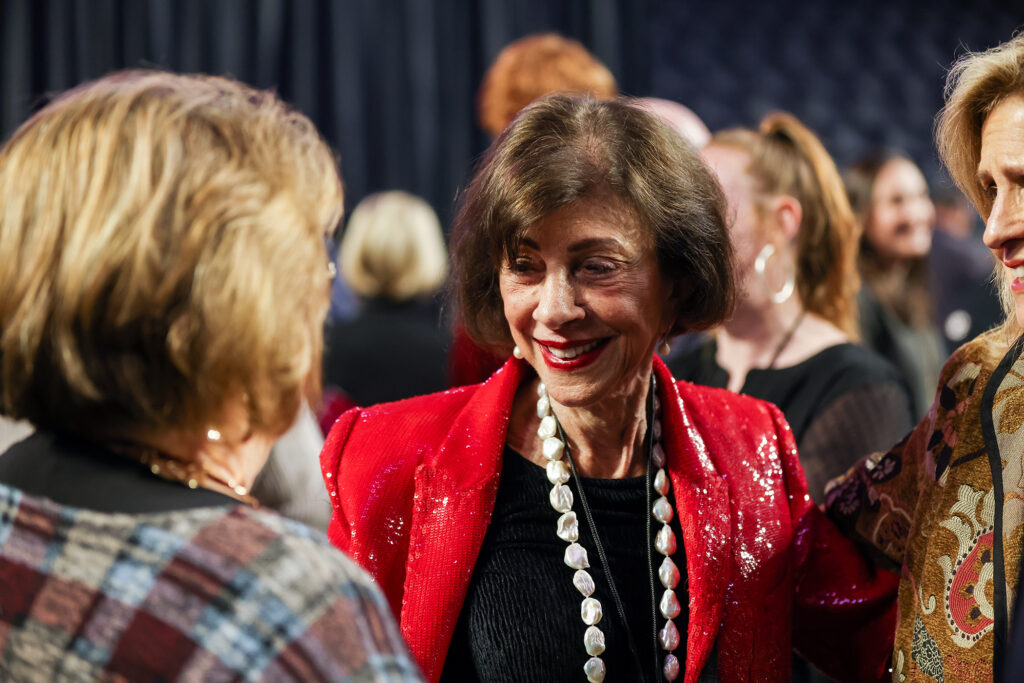 Beyond athletics, Dooley has made his mark on Georgia’s campus. As athletic director, he helped establish a pledge that has resulted in more than $2 million being contributed by the UGA Athletic Association to the University for everything from scholarships to helping with construction and renovation of campus buildings. He and Barbara also established the Vincent J. Dooley Library Endowment Fund, donating $100,000 themselves.

“Coach Dooley’s legacy is far more expansive than his career in football. His passions for history and gardening are well known, but his dedication to academics and the pursuit of knowledge led him to use his own money to found the Dooley Endowment Fund for the UGA Libraries in 1988. This fund has allowed the UGA Libraries to grow and flourish and to become a vital part of the University’s mission,” said Jason Hasty, the UGA Athletics History Specialist at the Hargrett Rare Book & Manuscript Library.

“It’s easy to say that Coach Dooley’s legacy lies with the thousands of UGA student-athletes who were coached by him directly or who had their sports overseen by him during his tenure as athletic director, but you have to add to that legacy every UGA student, every member of the UGA faculty, and every visiting scholar who has benefited from the resources of the UGA Libraries since Coach Dooley established this endowment.”

In his coaching career, Dooley won 201 games. In his life, the list of victories and accomplishments is probably 1,000 times that number. He was a Georgia Bulldog, an Auburn Tiger, a Marine, a husband, father and grandfather, a lifelong student, a giver, an author, a gardener, a historian, and the list could go on.

He was respected and admired, loved and beloved, and his impact on Athens, UGA and beyond will carry on for generations to come.