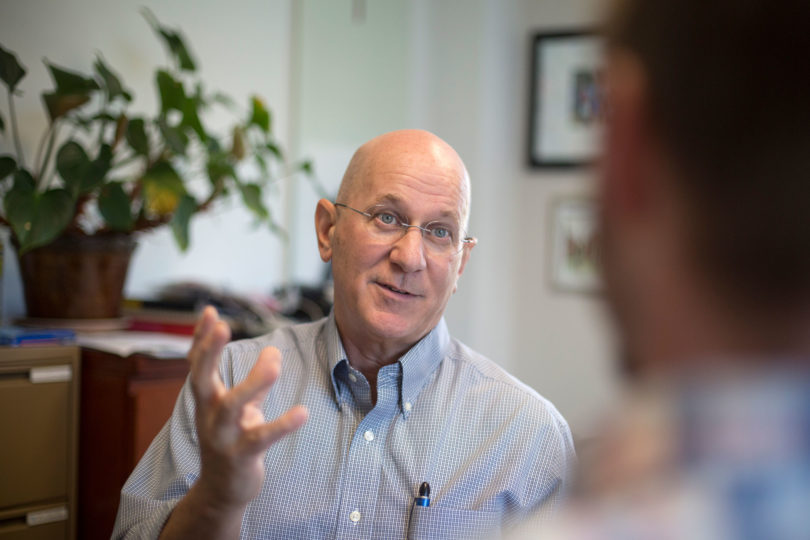 Regents’ Professorships are bestowed by the University System of Georgia’s Board of Regents on faculty members whose scholarship or creative activity is recognized nationally and internationally as innovative and pace-setting.

Tarleton, who is a professor in the department of cellular biology and founder of UGA’s Center for Tropical and Emerging Global Diseases, has made research advances that have the potential to transform the lives of the 10 million to 20 million people suffering from Chagas disease, a potentially deadly parasitic infection that primarily affects people in Central and South America.

“Through the founding of the Center for Tropical and Emerging Global Diseases in 1998, Dr. Tarleton has helped make the University of Georgia a leader in promoting global health,” said Senior Vice President for Academic Affairs and Provost Pamela Whitten. “His research into Chagas disease has implications for millions of people and inspires hope in the fight against one of the world’s most neglected parasitic diseases.”

Tarleton’s laboratory established the Chagas Drug Discovery Consortium, which has brought together international researchers, pharmaceutical companies and not-for-profit groups to improve existing drug protocols and to establish new protocols for Chagas disease. Tarleton’s research has resulted in findings that explained the host-parasite relationship regarding the immune system, and he has continued his research to encompass the development of diagnostics and the evaluation of drugs and vaccines.

“Dr. Tarleton’s superb, innovative research has revolutionized our understanding of Chagas disease and is guiding efforts to translate that scientific revolution into practice both in vaccine production and drug discovery, as well as treatment for the affliction,” Kojo Mensa-Wilmot, professor and head of the department of cellular biology, wrote in a nomination letter.

Tarleton’s work has resulted in five patents and the founding of a proteomics software company known as BioInquire, which was acquired by biotech firm NuSep Holdings, as well as numerous public-private partnerships.

As the founding director of the Center for Tropical and Emerging Global Diseases, Tarleton was instrumental in recruiting additional world-renowned researchers and attracting funding that has enhanced field research in 20 countries. The center has garnered more than $135 million in research funding over the past 15 years and has 24 faculty members from eight units across campus.

“This center has garnered international recognition through Professor Tarleton’s research, as well as his vision and ability to attract key talent to expand the scope of research conducted in CTEGD,” Robert T. Jacobs, vice president of Anacor Pharmaceuticals, wrote in his nomination letter. “The impact of CTEGD goes beyond the science conducted by its researchers, as it has increased the international reputation of the University of Georgia as an important player in the scientific research community.”

In addition to holding the title of Distinguished Research Professor, Tarleton is a recipient of the 2012 Lamar Dodd Award.