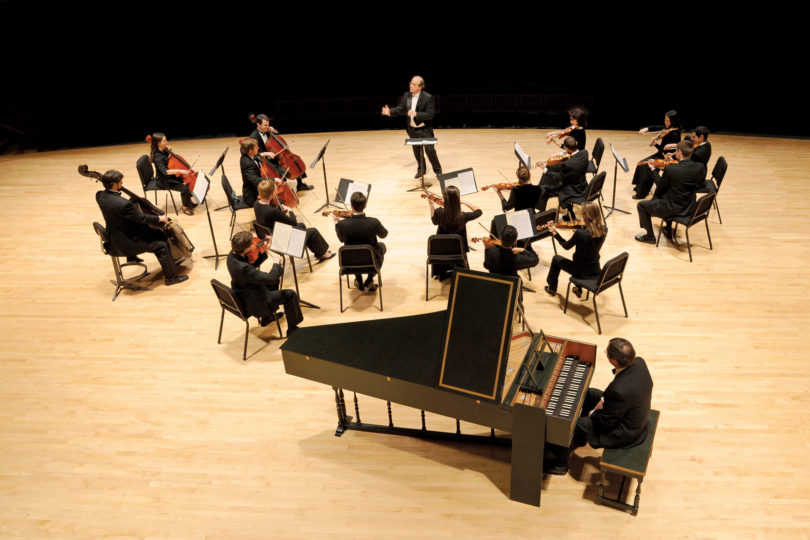 The ARCO Chamber Orchestra’s first concert of the season in Hodgson Concert Hall on Sept. 29 at 8 p.m. celebrates the 200th anniversary of the Argentine Republic’s Declaration of Independence. Tickets are $20 or $6 with a UGACard.

The orchestra will be joined by Alejandro Drago, a U.S.-based Argentine violinist, composer and conductor, who will serve as both co-conductor and soloist. Jose A. Flores Velasco, the consul general of Argentina, will attend the program, which spans the history of Argentinian music.

From little-known music by some of the forefathers of the Argentine nations, such as Juan Bautista Alberdi, to pieces by the founders of Argentine music nationalism, Alberto Williams and Alberto Ginastera-whose 100th birthday is this year-the concert program explores not just the origin of Argentinian music, but Argentina itself.

The performance also tracks the progression of styles in Argentinian music.

“The concert includes a collection by a contemporary Argentine composer of Armenian descent, Alicia Terzian, celebrating the national diversity of the Argentine people,” said ARCO director Levon Ambartsumian, Regents Professor and Franklin Professor of Violin at the UGA Hugh Hodgson School of Music.

The UGA Hugh Hodgson School of Music sponsors more than 350 performances each year. To view the performance calendar, subscribe to the email concert listing or learn more, go to music.uga.edu.