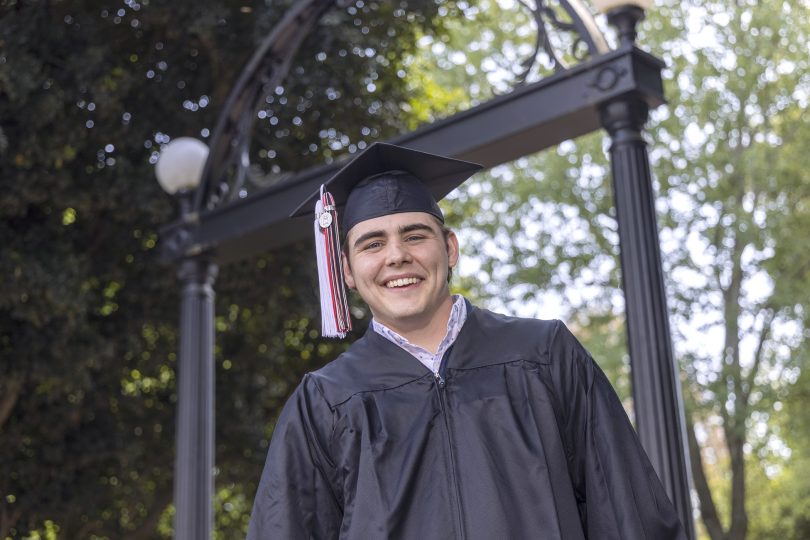 Chan Creswell, a political science major from Griffin, is the student speaker for spring 2021 Commencement. (Photo by Peter Frey/UGA)

Chan Creswell wants the class of 2021 to know: “You’re valuable. You matter. You’re not alone.”

Creswell, a graduating senior majoring in political science from Griffin, will be the student Commencement speaker May 13 through 15, speaking all three nights. He hopes to bring a little more joy to the day—even if the looks a little different this year.

“I wanted to give the speech because people need encouragement right now,” he said. “Life is tough, and graduation should be a joyful experience.”

Creswell, an Honors student, learned the importance of encouragement because of the pandemic. “I never saw myself as an encourager before,” he said. “I have realized that it’s important to encourage people and have seen my ability to do that. I want to encourage graduates they are not alone even though it’s a tough time.”

His speech will talk about the importance of community and how valuable the people around you are.

For Creswell, the highlight of his time at UGA has been the community he’s built and gotten to be a part of: Student Government Association, Chi Alpha Student Ministries, his political science classmates, roommates and neighbors.

“The real value is found in your friends, your community of people who love you,” he said. “The real achievement is having people who care about you and caring about other people.” 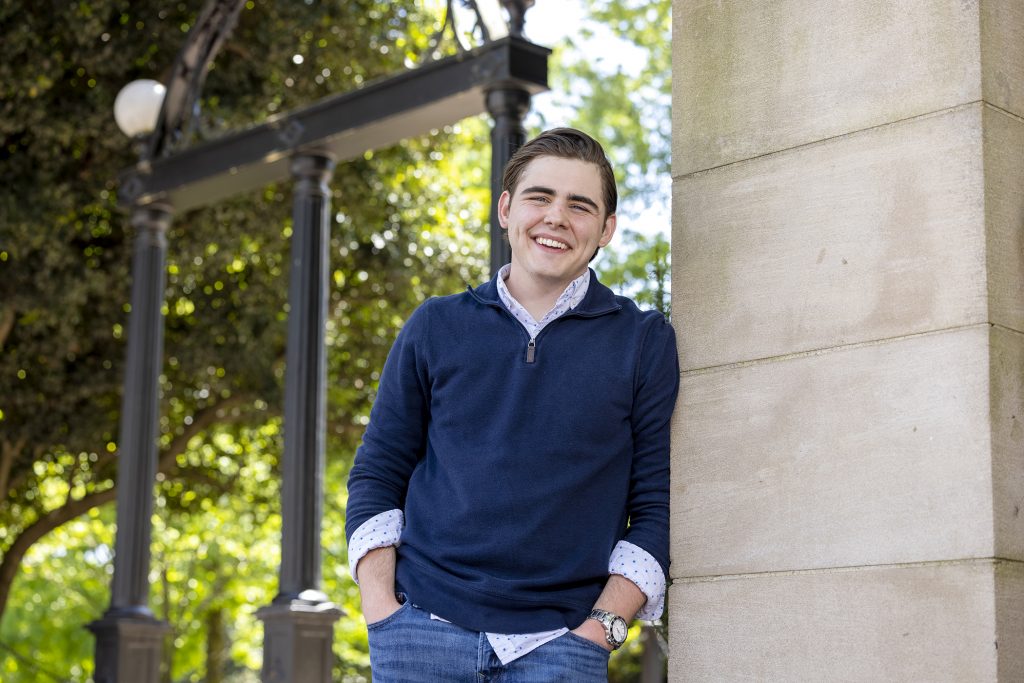 After graduating in May, Chan Creswell will work in public policy. (Photo by Peter Frey/UGA)

Creswell looks back on his time at UGA with fondness.

He’s been a member of the Dean William Tate Honor Society and the Blue Key National Honor Society. He participated in UGA’s Road Dawgs program in 2018 and spoke to thousands of underrepresented students at high schools around the state of Georgia.

In 2019, he served as the Bullock intern in the Georgia Lieutenant Governor’s Office, where he prepared policy research briefs, monitored legislation through committees and staffed meetings and events. “To be in that environment, learning from those people and working aside them, was fascinating,” he said. He’s volunteered on political campaigns and knocked on doors across Georgia.

But what matters most to him is “experiences and learning from opportunities. I see knowledge as a tool to improve the lives of others,” he said.  “My story at UGA has been a story of growth. I learned what was actually important and where I should spend my energy—people, not my resume.” 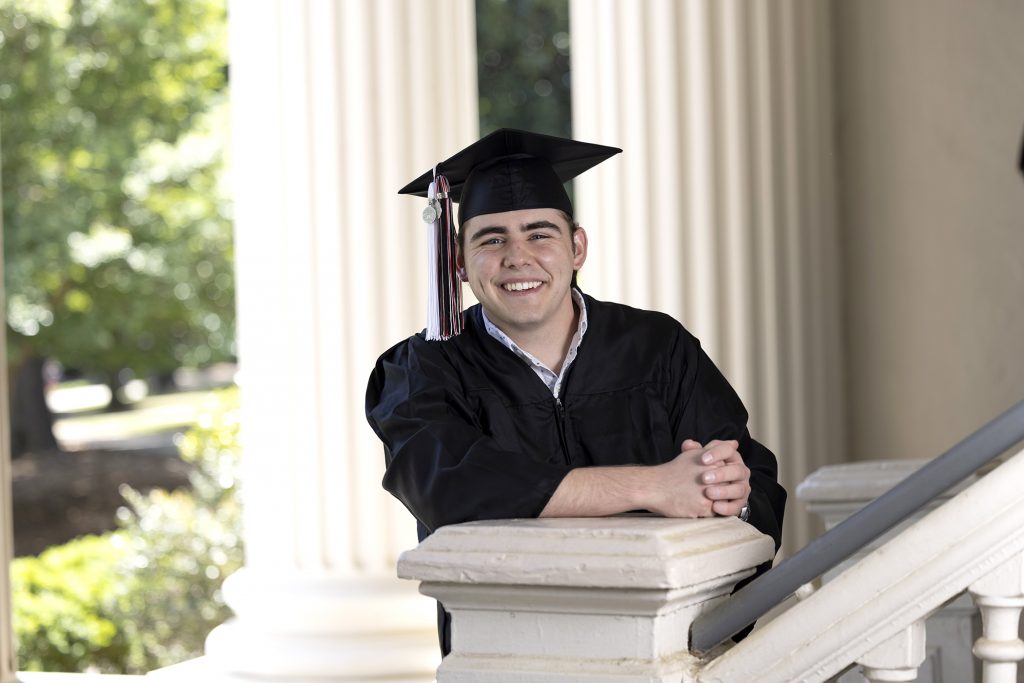 Creswell was raised in the church. He watched his dad, a music minister, comfort and calm people, leaving in the middle of the night when needed to visit a hospital bedside. His mom taught Bible classes. He spent summer at church youth campus—and it all made a profound impact on him.

The first in three generations not to go into the ministry, Creswell plans to work for racial, educational and economic justice as a lawyer. He’s particularly interested in criminal justice reform.

“If I’m not headed into the ministry, then what I’m doing needs to have a good and holy purpose to it, a righteous purpose,” he said. “That’s how I see doing civil rights law, constitutional law, nonprofit law—the right way to spend my life and a just cause to fight for.”

He said he’s known since sixth grade that he wanted to work in the legal field. He did Georgia Youth Assembly and got to go to the Capitol and learn about the state legislature. And during the experience, he got to speak on a bill, he loved debating policy, expressing his views and voicing his opinion.  “I want to fight for justice,” he said.

Although Creswell took the LSAT and was accepted to a few law schools, he’s put those plans on hold.

He’s currently interning with Dentons, an international law firm where he works virtually with their Washington, D.C. public policy team. Dentons offered him a job, so for the next two years, he’ll get public policy experience and learn from the team in their Atlanta office before going to law school.

“A man plans his ways, but the Lord orders his steps,” Creswell said of his change of plans. “I make plans, and then things come along. It’s a great opportunity, and I am excited to learn and work there.”