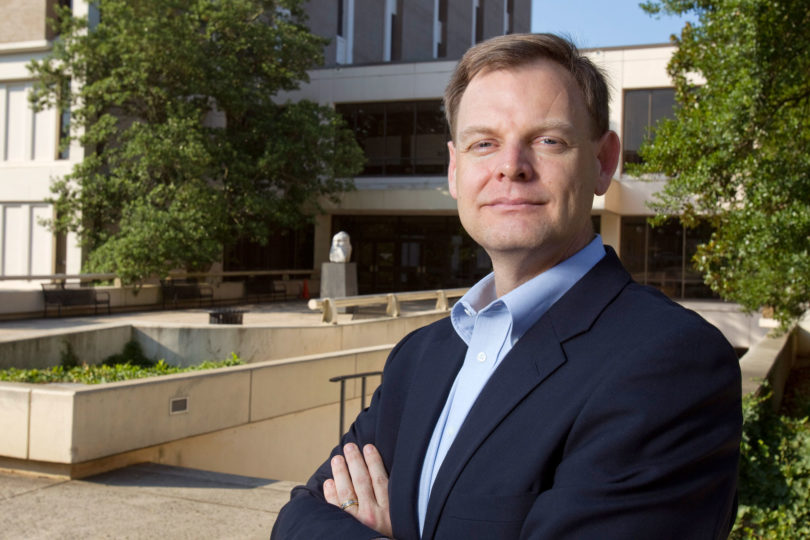 Athens, Ga. – For the first time in the University of Georgia’s history, the institution has a vice president for information technology. Timothy M. Chester was promoted to the position effective July 1.

“In a very short time, Dr. Chester has become an effective and highly visible campus leader in the crucial area of information technology,” said UGA President Michael F. Adams. “It is essential that our faculty, staff and students have access to reliable networks, and Tim’s singular focus has been on that task. His leadership and expertise are especially important as we implement new academic, administrative and development operating systems.

“He has exceeded the very high expectations I had for him when he arrived here last year, and I am pleased to recognize him in this way while also elevating the position itself to an appropriate station.”

“For me, this promotion really is a validation of the importance of what EITS has accomplished this past year in information security work, social security number remediation, preparing for the Banner project and strengthening our day-to-day operations,” Chester said. His staff of 240 works within a budget of approximately $28 million annually.

“Our focus is on running UGA’s technology operations and then convening important conversations with academic and administrative leaders about how technology can play an important role in responding to both opportunities and challenges,” he said. “If you do those two things well, you create a supporting context that allows students, faculty and staff to innovate. Creating that context is what my job is ultimately about.”

During the coming year, Chester’s immediate focus will be on the ConnectUGA project, a new, integrated student information system that will streamline business processes, improve student services, support and enhance student administrative functions and provide increased data access. Chester will serve as its chief project officer, ensuring that the Banner software—an administrative application developed specifically for higher education institutions—is implemented at UGA consistent with the desired outcomes and guiding principles for the project.

Chester held various positions at Texas A&M University before his tenure at Pepperdine started in 2007. He was first a project leader in the Computing and Information Services office in 1997 and then was named chief information officer for Texas A&M’s branch campus in Qatar in 2003.

Chester earned a bachelor’s degree from the University of Texas at Tyler in 1991 and master’s and doctoral degrees from Texas A&M University in 1995 and 1999, respectively.