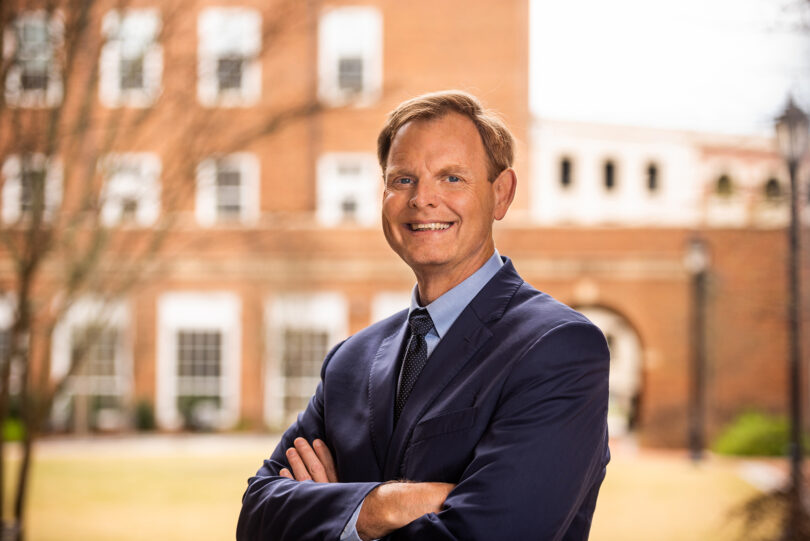 Timothy M. Chester, vice president for information technology at the University of Georgia, has been honored with the 2022 CIO of the Year ORBIE Award in the Enterprise category by Georgia CIO.

“I’m lucky to be a part of the great University of Georgia, an institution responsible for creating knowledge, conveying knowledge and using knowledge to impact this great state,” Chester said during his acceptance speech.

As vice president for information technology and CIO, Chester leads the 240 employees of UGA’s central IT department, Enterprise Information Technology Services. During his 11 years at UGA, Chester has spearheaded many large-scale initiatives, including: 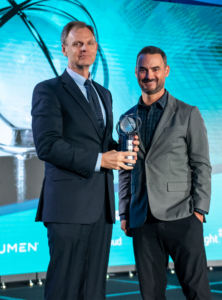 Chester credited his success with such projects at UGA to his team and their commitment to their work.

“Over time, we’ve built a culture within the team that we invest in each other and everybody really sweats the details of their work together. Once you get that going, you guard it intensively,” he said. “More than any other resource I have at the University of Georgia, it is that team that is the critical ingredient necessary for success with big initiatives.”

Chester has plans for more improvements in the coming year, especially in the areas of research and teaching and learning. His top three goals are:

Born and raised in rural Texas, Chester got his start at Texas A&M University, where he rose to become the chief information officer for the university’s Qatar Branch campus. Chester has also served as vice provost for academic administration and chief information officer for Pepperdine University in Malibu, California. Chester said the mentoring and support he received early in his career helped him grow and advance, and as a leader, he’s tried to pay it forward and develop talent internally.

“I started at the entry level, and I progressed as others invested in my development. I try to pay it forward, and as my career begins its later stages, this is my most important work,” he said in his application.

The CIO of the Year ORBIE Awards honors chief information officers who have demonstrated excellence in technology leadership in seven key categories: Super Global, Global, Large Enterprise, Enterprise, Large Corporate, Corporate and Healthcare.  Finalists and winners are selected by an independent peer review process that examines their leadership and management effectiveness, the business value they have created by technology innovation, and their engagement in industry and community endeavors. For more information, visit https://orbie.org.