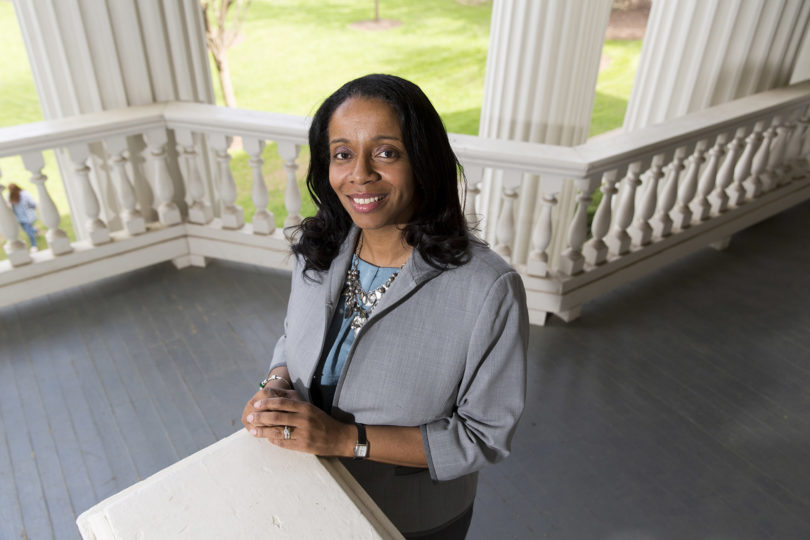 At the turn of the 20th century, Michelle Garfield Cook’s great-grandparents worked for the faculty at UGA. But as African-Americans, the seamstress and the blacksmith had to enter buildings from the back.

In the 1960s, when her parents were choosing a college, they witnessed history with the admission of UGA’s first two African-American students, Charlayne Hunter and Hamilton Holmes.

Now, Cook is associate provost for institutional diversity. She knows the decisions of today are what will drive the direction of the campus for the next generation.

“Within a couple of generations, significant change is possible when people are willing to do the work,” Cook said. “We don’t know what the campus is going to look like in 20 years or 50 years. It can be a more welcoming place for all people, and that will be based on the actions we take today.”

As part of the Women’s Resources Initiative launched in September, Cook serves on the Women’s Resources Coordinating Committee, an advisory body of faculty, staff, students and administrators that helps consider feedback from the campus community about women’s resources and recommends ways to enhance their organization and visibility. In addition, Cook chairs the Women’s Leadership Initiative Planning Committee, which is working with Whitten to advance gender equity on campus.

Cook chairs the faculty committee that is working with a consultant on a gender equity study as well as a planning committee for a campuswide survey that will provide insights into everyday experiences of students, faculty and staff. She said she expects to learn a lot through the anonymous, online format of the survey, which will address but is not limited to issues associated with race, ethnicity, sexual orientation and gender.

“I expect to receive feedback that people haven’t articulated in the past because they haven’t had a way to do so,” Cook said. “We will be able to use the results to make changes that bring us closer together. That is critically important.”

Cook said she is enthusiastic about taking on OID’s expanded role in addressing women’s issues and sees each opportunity to help someone as an opportunity to enrich the campus for everyone.

“People sometimes see issues of diversity as a pie to be divided, and if one group gets a larger piece, there is less for me and my group,” she said. “We address that head on. There is no proverbial pie. We are trying to provide awareness and resources to better the experience of all students, faculty and staff.”