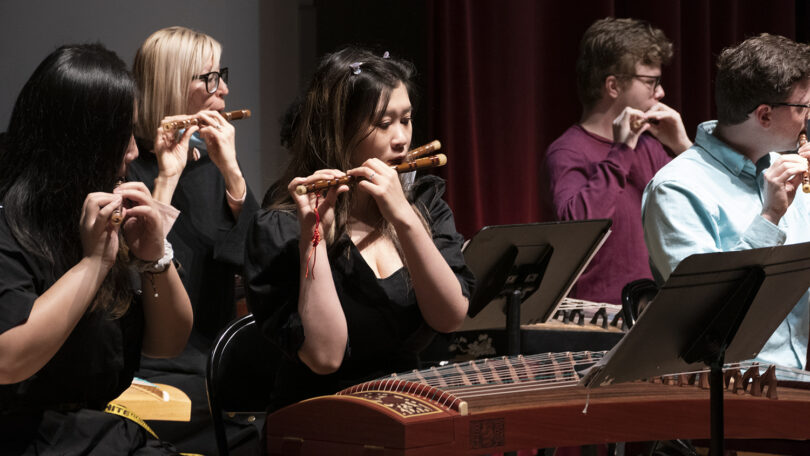 The Chinese Music Ensemble will give its first performance on April 12. (Submitted photo)

This will be the inaugural performance of a Chinese Music Ensemble based in the Hugh Hodgson School of Music and directed by Vicki Lu. The performance will feature a variety of Chinese instruments with a special focus on the bowed two-stringed erhu, the plucked zither known as guzheng, and the dizi, a wind instrument.

The UGA student Chinese Music Ensemble will be joined by the Atlanta-based Spring Music School Ensemble directed by Yang Chun Lu for most of the group performances.

The highlight of the program will include solo performances by Zheng Wei, the McCay Visiting Professional Performer, on the guzheng. Other performers include Yang Chun Lu of the Spring Music School on the erhu and Huang Rong Fu, a co-inventor of the 401 Yangqin, who will be playing the yangqin, a hammered zither. Elizabeth Sharp will be featured on the four-stringed pipa, one of the most celebrated plucked lutes found in different variations in China. Erdong Li will demonstrate the global ubiquity of the guitar as part of the offerings of this performance.

The diverse program will feature selections of traditional, popular and experimental pieces of ancient, revolutionary and contemporary Chinese inception, drawn from different regions of China and its vast diaspora.

This concert is free and open to the public.