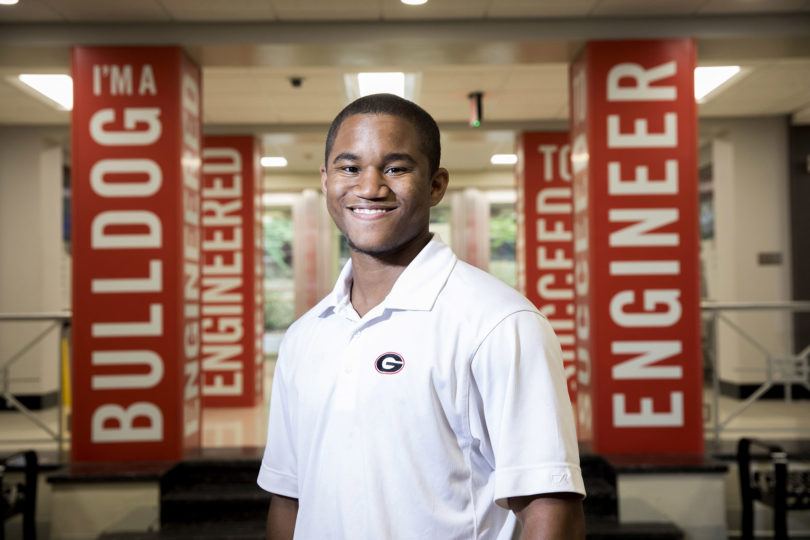 Christopher Johnson is a mechanical engineering major from Atlanta. He is also is involved in UGA’s chapter of the National Society for Black Engineers. (Photo by Dorothy Kozlowski/UGA)

Engineering major aims to serve as resource for students

Christopher Johnson has known since middle school that he wanted to be an orientation leader at the University of Georgia.

“I fell in love with UGA when I was in the eighth grade and came for a summer academy,” he said. “I saw orientation live and saw the skits and knew I wanted to be an orientation leader.”

And this summer, his dream came true, as he was one of 16 orientation leaders that introduced about 5,550 incoming freshmen to the Georgia Way.

In 25 sessions from May through August, orientation leaders guided the students around campus, answered questions about everything from tests to roommates, held breakout sessions with small groups, performed songs and skits and taught incoming freshmen and their families how to call the Dawgs.

“Every session is different,” he said. “New students, new families, the vibe is different.”

Johnson leads group four at orientation. “If you’re an unforgettable four, you’re fortunately with me,” he tells the group at welcome. He has all students in his group sign a Georgia “G” flag. It’s his way to build community among the students. 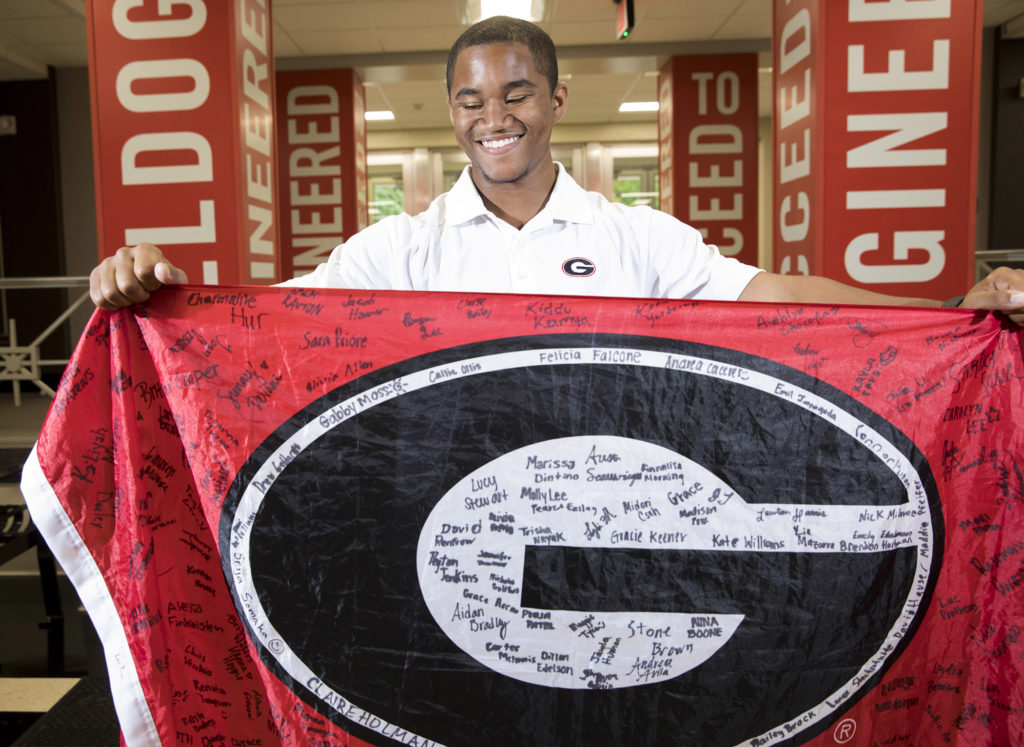 Christopher Johnson holds the Georgia flag he had students in his orientation sessions sign. (Photo by Dorothy Kozlowski/UGA)

He was actually in group four when he attended orientation in 2016. His orientation leader, Ripken Gorman, was a big reason why he got involved.

“He was an awesome orientation leader for me. Coming in first year, I struggled my first few months with finding my major, where I wanted to be. He was the person I could go and talk to about everything. I saw the effect he had on a lot of people including myself, and I wanted to be that person.”

The point of the job is to be a resource for the students that come into UGA, he said.

Johnson is a person who is always striving to make things better—from the energy at orientation to grades on tests. That drive is part of what led to his major in mechanical engineering. 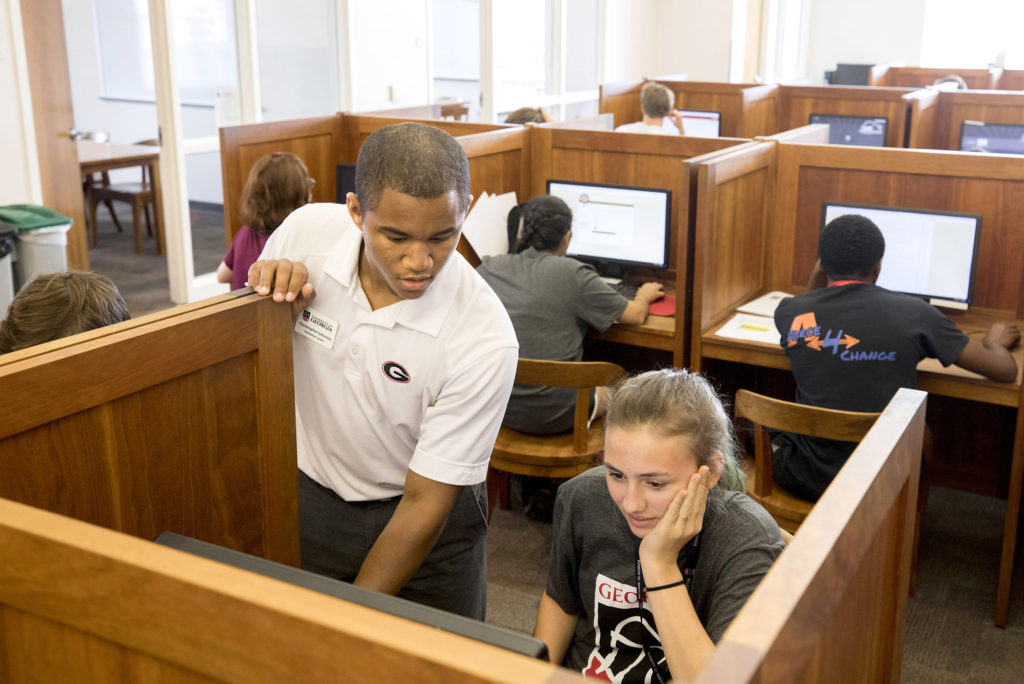 His interest for the field really started in high school, when he had a $1,000 car that he was always working on.

“The thing that made me want to major in mechanical engineering was working on that broken-down car my senior year of high school, trying to keep it moving.”

Johnson is thinking about law school and working as a patent attorney. He interned at a patent attorney office in high school, and it spurred his interest in engineering. In 2017, he worked on a research project trying to make concrete stronger but with less material. In classes, he built a catapult with 3D printed materials and a standard set of cables. Last summer, he interned with a construction management firm working with Duke Energy on designing a grid fence that can withstand voltage.

Johnson is also involved in UGA’s chapter of the National Society for Black Engineers. It’s helped him find friends in his major. “These classes are tough, and there’s this mentality that we’re all in this together,” he said.

He also was president of the Catholic Student Association. “I had an awesome time reaching out to students, trying to make it better, creating more programs for upperclassmen and trying to give it a family feel.”

And when he’s not studying, he might be working the front desk for his part-time job at the Ramsey Student Center. He also frequents the center’s weight room. After taking racquetball as his P.E. class his freshman year, he became an avid racquetball player.

Johnson is also a second-generation Bulldog. His dad came to UGA in the 1980s, and Johnson grew up going to and watching UGA football games. “The sea of red, the chants, the alumni, the atmosphere—these people weren’t just coming to school to get a degree, they were friends and networks for life, part of an institution that that has a base of 350,000 who love their time at UGA,” he said. “I fell in love with the school pride, the school spirit.”

It’s a pride he’s trying to instill in the Class of 2023 through his work with orientation.