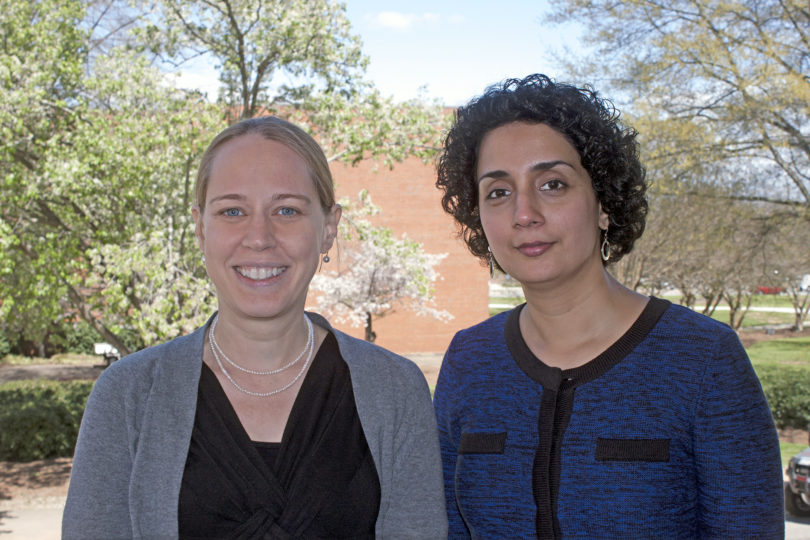 Athens, Ga. – Experiences of loneliness and social isolation can lead to increased health care use among older adults, according to new research from the University of Georgia College of Public Health.

The study, published online in the American Journal of Public Health, found that the frequency of physician visits was particularly influenced by chronic loneliness—and suggests that the identification and targeting of interventions for lonely elders may significantly decrease physician visits and health care costs.

“Logically, it makes sense that people who are in poorer health because of loneliness would use health care more,” said study co-author Kerstin Gerst Emerson, an assistant professor of health policy and management. “But we wondered, could people also be visiting their doctor or making those extra appointments because they were lonely?”

To answer this question, Emerson and co-author Jayani Jayawardhana, also an assistant professor in health policy and management, looked at how loneliness impacted the number of physician visits and hospitalizations reported by senior adults living among the general population and not in a retirement community. Their analysis relied on data from the 2008 and 2012 University of Michigan Health and Retirement Study, a national survey of Americans over the age of 50.

“We often assume that if a person has enough friends and relatives they are doing OK. But loneliness is not the same as being alone. You can be lonely in a crowded room. It’s very much about how you feel about your actual social relationships,” said Emerson, who is also a faculty member in the college’s Institute of Gerontology.

Emerson and Jayawardhana reviewed responses from 3,530 community-dwelling adults aged 60 and older, comparing their loneliness scores with their self-reported hospital stays and physician visits.

The researchers found that while loneliness experienced at only one time point did not predict health care use, chronic loneliness—being lonely in both 2008 and 2012—was significantly associated with an increased number of doctor visits. Although Emerson and Jayawardhana had hypothesized that chronic loneliness would impact both physician visits and hospitalizations, only physician visits were significant in their sample of older adults.

“This finding made sense to us,” Jayawardhana said. “You build a relationship with your physician over the years, so a visit to the doctor’s office is like seeing a friend. Hospitalizations, on the other hand, require a referral from a doctor, and you don’t know who you will see.”

The study’s findings support a growing body of research establishing loneliness as a significant public health issue among older adults. Over half of study respondents reported being lonely, with that percentage increasing from 53 percent to 57 percent four years later. Lonely respondents also reported more problems with daily living tasks and a greater number of depressive symptoms. They also were less likely to count their health as good, very good or excellent.

Despite its high prevalence of among seniors and its clear implications on both health outcomes and health care use, Emerson said, public health officials and medical professionals pay little attention to loneliness.

The UGA study suggests that since chronically lonely older adults are likely to turn to physicians for social contact, health care workers should take loneliness into consideration as a factor when seeing patients for other illnesses and complaints.

“Loneliness is something that is easily preventable and with little cost compared to other chronic illnesses,” Jayawardhana said. “With an interventions as simple as a phone call, home visit or community program, you can avoid unnecessary health care utilization and additional expenditures that ultimately cost all of us as a society.”

For more information about the College of Public Health, visit http://publichealth.uga.edu.