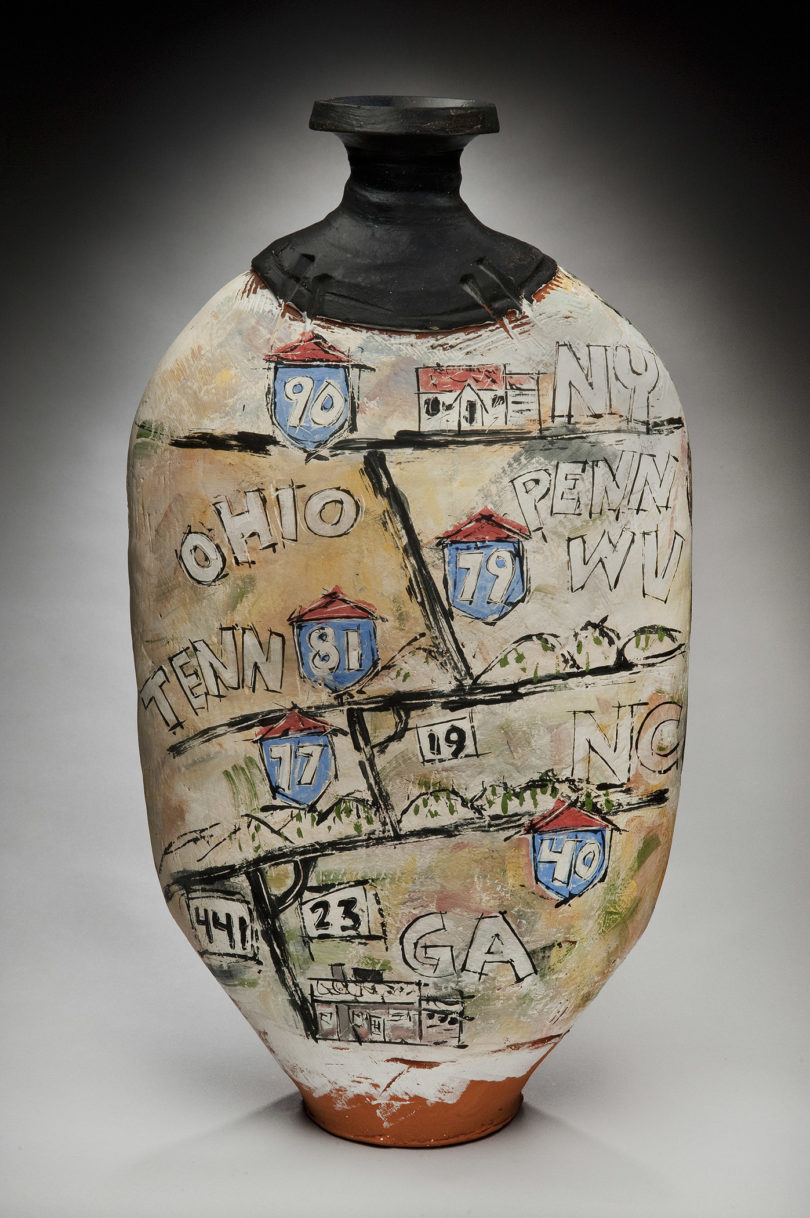 The Circle Gallery in the College of Environment and Design will feature new works by ceramicist Ron Meyers. The exhibition Roads, Rivers and Red Clay: Ceramics by Ron Meyers will be on display Oct. 15 through Dec. 18.

Since his childhood in Buffalo, New York, where he grew up around landscapes shaped by landscape architect Frederick Law Olmsted, Meyers has been deeply influenced by his physical environment. This influence is reflected in this show of new work, created in his 80th year.

Meyers’ ceramics are recognized nationally and internationally for their wit, functionality and originality. Using clay dug from the rivers of the Southeast, he celebrates the world in playful ways that challenge and inspire viewers to connect to a place throughout their entire lives. Meyers, who taught at the Lamar Dodd School of Art for 20 years, has led workshops throughout the U.S. and abroad. His work is featured in numerous galleries and private collections.

Meyers has agreed to donate 30 percent of all sales of his artwork in this show to the Circle Gallery. An opening reception will be held Oct. 15 from 4:30-6 p.m.