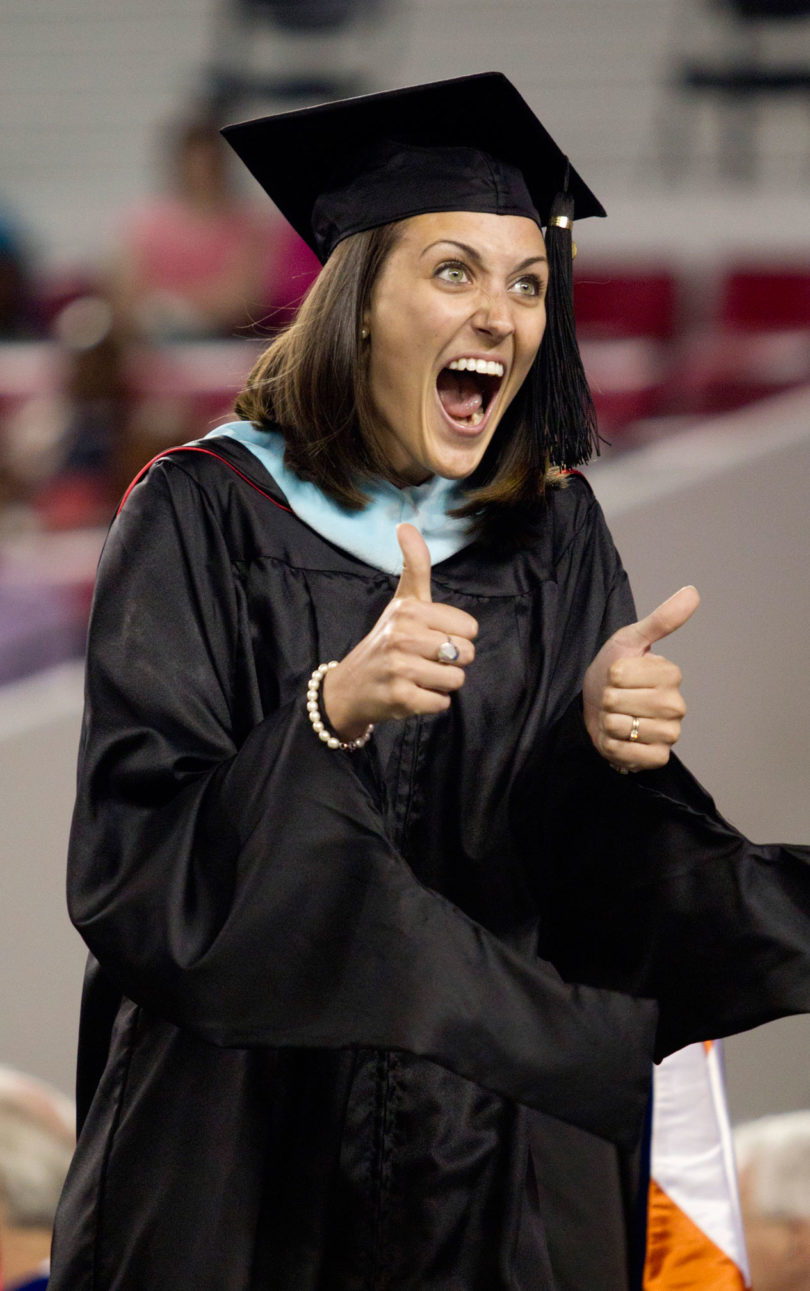 Drawing on classic literary works, speakers at the May 11 undergraduate and graduate Commencement exercises charged UGA’s class of 2012 to use their education to improve the world, not just their own lives.

“In many ways, you are entering into an Alice in Wonderland kind of world,” Gov. Nathan Deal said to more than 4,000 undergraduates in Sanford Stadium. “Perhaps in some generations past, men and women in your position could have relaxed, knowing that their diplomas were their passports to success. You will not have that luxury. You are entering into a world where you will have to compete against the best and the brightest of the globe.”

Deal offered advice that included learning how to differentiate between their wants and needs, -embracing failure as an inevitability and never -accepting less than their best efforts.

“Excuses are not the strategies of success,” he said. “ They are the opiate of failure. The most common excuse is that life is not fair. That, my friends, is a given. . . if you’re really concerned about the fairness of life, you must realize that you cannot do anything to alter the equation as it applies to you. But you can, by your actions, improve the fairness in the lives of others.”

As director, Boring leads the conservation, research and educational programs of the Ecological Research Center, which is sponsored by the Robert W. Woodruff Foundation. He called for renewed investment in higher education and challenged the graduates to lead the path toward a more educated world.

“We need a highly informed population with leadership, who can deal with our many complex socioeconomic and environmental issues using both good science and wisdom to invent lasting solutions,” he said.

In his keynote address, Brooks advised the 14 officers commissioned as 2nd lieutenants to employ three “Ls” as they transition into the next phase of their military career: lead, learn and listen.