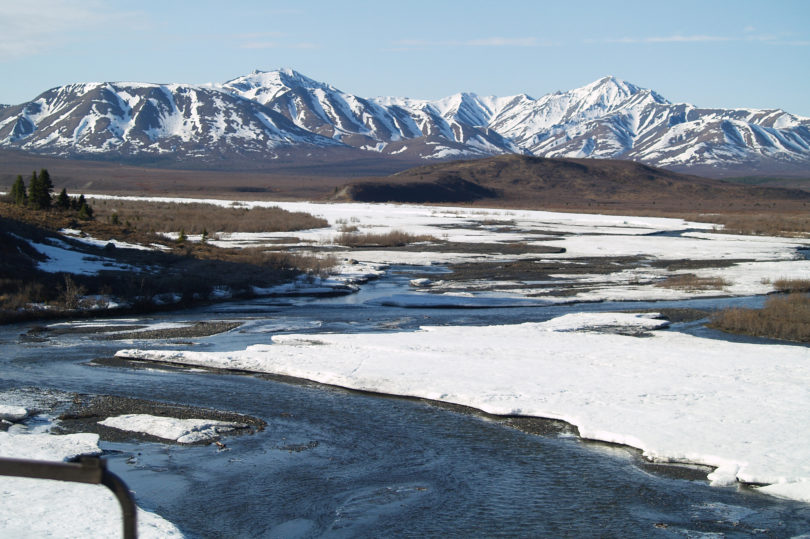 Arctic rivers are the major way black carbon is transported to the ocean.

Savannah, Ga. – University of Georgia Skidaway Institute of Oceanography scientist Aron Stubbins led a team of researchers to determine the levels of black carbon in Arctic rivers and found that the input of black carbon to the Arctic Ocean is likely to increase with global warming. The results of their study were recently published in the journal Frontiers in Earth Science.

Black carbon, or biochar, is formed when vegetation and other organic matter burns. Today black carbon is a massive store of carbon in global soils, where it is thought to be very stable—so stable, that researchers have previously suggested that adding black carbon to soils might be a good way to lock away carbon dioxide and reduce climate change. This new research reveals that the black carbon stored in Arctic soils is being exported to the oceans.

The Arctic is warming faster than other regions of the planet due to climate change. The scientists report that, as the planet warms, the amount of black carbon transported to the Arctic Ocean will likely increase. Once dissolved in the ocean and exposed to sunlight, black carbon may be rapidly converted back to the greenhouse gas carbon dioxide.

In ongoing work at UGA and partner universities, Stubbins and his colleagues are trying to determine just how much black carbon will be exported to the Arctic Ocean as the Arctic continues to warm, and once it reaches the oceans, what percentage will reach the atmosphere as carbon dioxide.

UGA Skidaway Institute of Oceanography
The Skidaway Institute of Oceanography is a research unit of the University of Georgia located on Skidaway Island near Savannah. The mission of the institute is to provide the state of Georgia with a nationally and internationally recognized center of excellence in marine science through research and education. For more information, see www.skio.uga.edu.