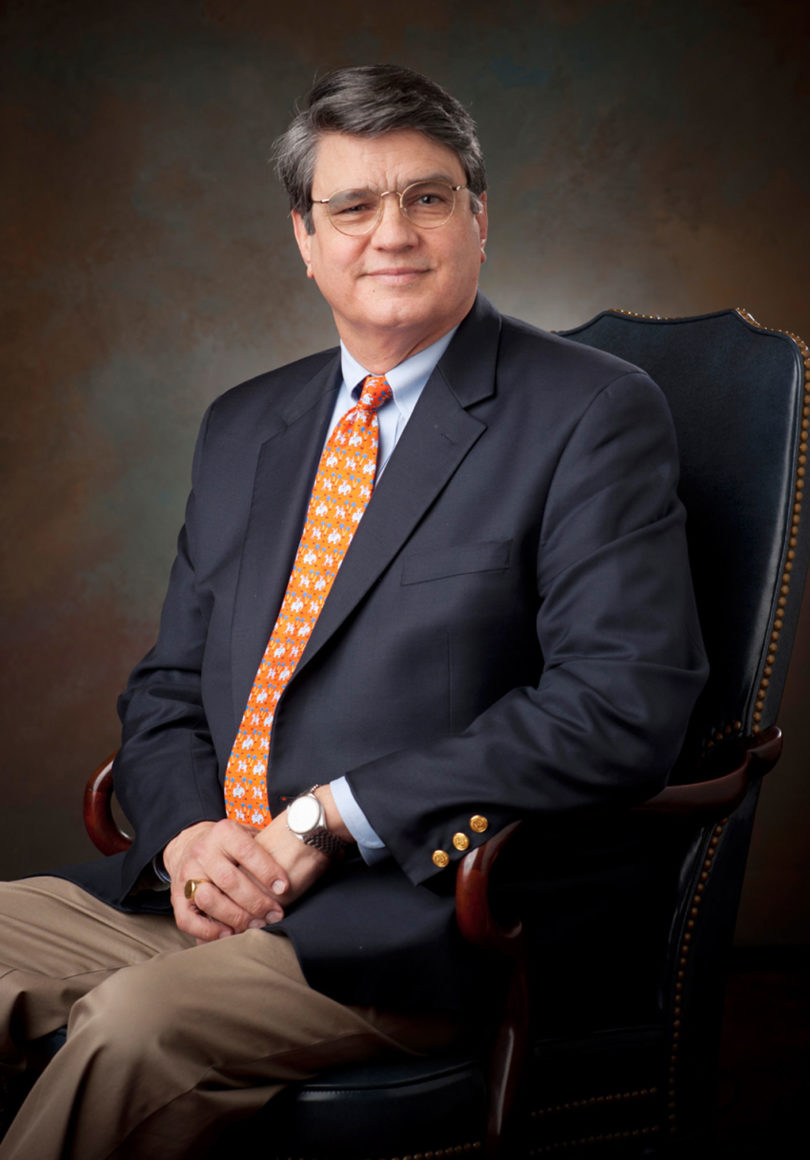 Why would a successful politician and lawyer leave the high-powered world of Washington, D.C.? To return home, of course.

Ambassador C. Donald “Don” Johnson did just that in June 2004. After a distinguished career in the public and private sectors-including positions as a U.S. congressman, chief textile negotiator and principal adviser to the U.S. president on textile trade, Georgia state senator, partner at the law firm Patton Boggs and vice-chairman of ­Fleishman-Hillard Government Relations-the Royston native and former UGA student and faculty member landed the role of directing the activities of the Dean Rusk Center.

“There are not many opportunities to pursue international trade and public policy work in this part of the country, which is home to me,” Johnson says. “Over the years, I have always come back to Georgia and to the university.”

Since his return two years ago, Johnson has aided the Rusk Center in renewing its focus to become one of the leading sources of international legal research and to assist the state in confronting economic and trade issues affecting Georgia and the Southeast.

“We know for a fact that the School of Law, combined with the Rusk Center, has one of the best international curriculums and international programs of any school certainly in the Southeast and one of the strongest in the nation,” he says.

The center strives to be a place where ideas are exchanged in the form of conferences, the undertaking of research and outreach projects and the hosting of visiting scholars as well as getting students and faculty involved in programs of global significance, according to Johnson.

“We also have an important role of providing public service to the state and the nation,” he says.

Johnson’s public and private sector contacts have aided in his success at the center. He has three conferences under his belt, one on U.S.-China trade, one on agriculture and the World Trade Organization and the most recent, “International Trade Under the Rule of Law,” was held late last month.

“These conferences bring together, in terms of participants and presenters, people who are academicians and those who are involved in the process as well as those affected by the process,” Johnson says.

“The focus is on law and policy in a very practical way,” he also says. “With the WTO conference, for example,

I felt it was important not just to cover the current legal cases from an academic perspective. I also wanted to focus on what was the policy impact of the cases and the multilateral WTO negotiations on the economic situation.”

Additionally, the Rusk Center recently obtained American Bar Association approval for a study program in China. Partnering with two of the country’s top institutions of higher education, Tsinghua University and Fudan University, the Georgia Law Summer Program in China will be unique in providing the opportunity for study in China’s largest two cities. As part of the program, Johnson will teach a course on U.S.-China trade issues.

Johnson’s varied expertise and experience has benefited him when advising students on various curricular and career options. In addition, so many of the Rusk Center’s projects involve international trade and national security issues and the people he worked with in Washington.

“I have always been naturally drawn to the work at the Rusk Center. In a way, I have never really left my work in D.C., I am now just in a different setting,” he says.