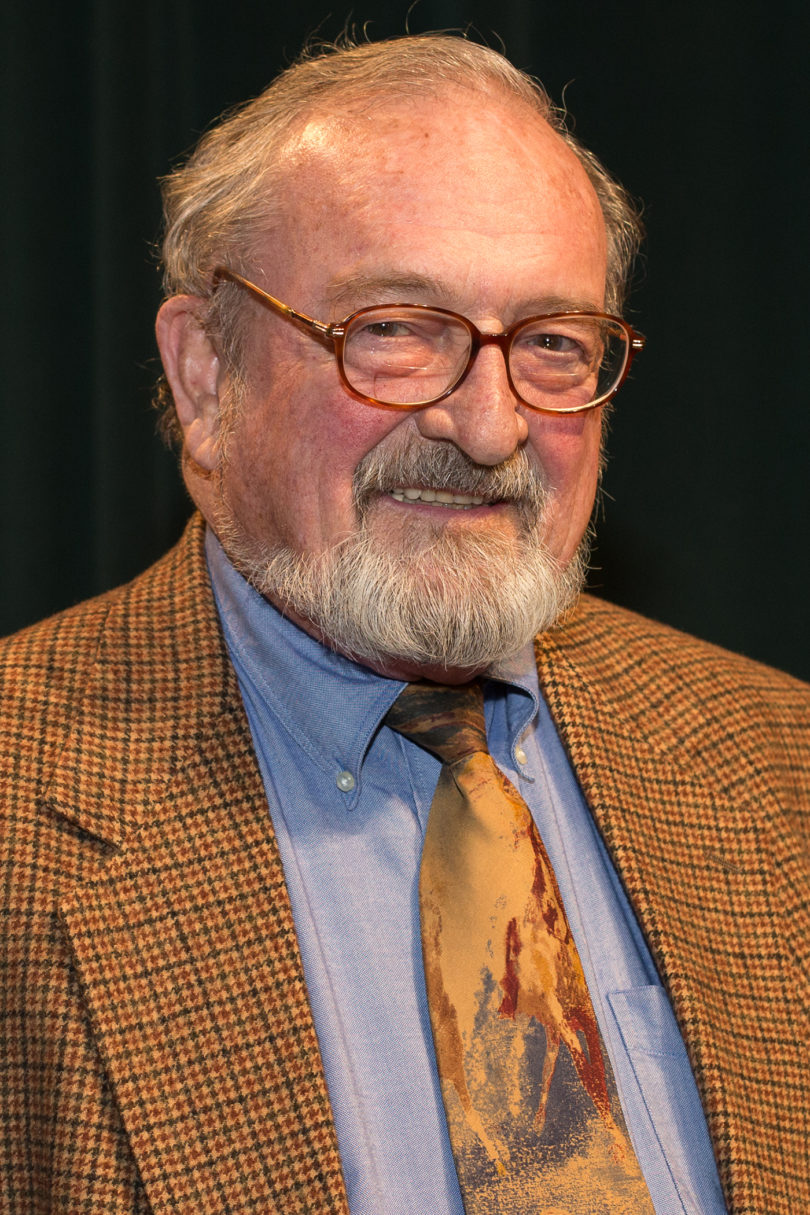 Athens, Ga. – The University of Georgia College of Veterinary Medicine recognized three alumni with awards for service to the college and to the veterinary profession. This year’s honorees were Claude S. Kidd Jr. of Greensboro, North Carolina; Samuel R. Adams Jr. of Buford; and Patricia W. Hill of Simpsonville, South Carolina.

The awards were presented by the Alumni Association of the College of Veterinary Medicine during the college’s 52nd Annual Veterinary Conference and Alumni Weekend.

Claude S. Kidd Jr.
Kidd has served the animals and citizens of his hometown for 51 years. By the time he was accepted into the class of 1964 at UGA, Kidd had served two years as a medic in the U.S. Army. Upon graduation, he headed home and took jobs at two practices that would play significant roles in his future: the Carolina Veterinary Hospital and Lawndale Veterinary Hospital.

About six months later, he became a partner at Lawndale. Not long after that, Kidd accompanied his business partner to the Natural Science Center, which then owned a few animals requiring veterinary care. His first visit to the center led to a lifelong commitment to what is now known as the Greensboro Science Center, which includes an aquarium, a museum and a zoo.

For over 25 years, he oversaw the care of the center’s live zoo animals. He also served on the center’s board of trustees, including 11 years as president. The policies and organizational structure that he helped establish enabled the center to grow its collection of animals, establish a partnership with the city of Greensboro and helped propel the center’s reputation to its current status as one of the top science/education centers in the Southeast.

Samuel R. Adams Jr.
Adams earned both a bachelor’s degree in animal science and a master’s of science in reproductive physiology from UGA, then landed a job as an animal scientist working for the U.S. Centers for Disease Control and Prevention. In 1969, he left his post to earn his third degree from UGA-his doctorate of veterinary medicine.

In 1973, Adams graduated cum laude and returned to the CDC as chief of its Animal Resources Branch for the Lawrenceville and Atlanta offices. He left the CDC in 1992, as its assistant director for veterinary programs, to become a professor and director of the Division of Comparative Medicine for the State University of New York Downstate Medical Center in Brooklyn, New York. He remained at SUNY until his retirement in 2014, and he was named a professor emeritus in 2013. During his two decades in New York, he also worked as a consultant and helped improve lab animal programs at multiple research institutions in the area.

In the 1970s, Adams became the first American laboratory animal veterinary consultant to visit China. The relationships he developed helped lead to China’s establishment of its first primate center and also to the importation of primates from China to the U.S.

He was board-certified by the American College of Laboratory Animal Medicine in 1982 and has a lengthy history of service to ACLAM. He served on its exam committee and board of directors and as president of the organization. He helped launch the ACLAM Foundation and served six years on its board. In 2014, ACLAM rewarded his service by presenting him the Nathan R. Brewer Career Achievement Award.

Patricia W. Hill
Hill, a 1984 graduate of the college, has served in every executive position of the South Carolina Association of Veterinarians. Under her leadership, the organization has been working with the state legislature to pass a law to more clearly define the health-related services that nonprofit organizations can provide to animals.

Hill also helped ensure that students who want to become veterinary technicians have access to accredited programs within her state. Through her position on the AVMA Accreditation Committee, she helped evaluate and accredit veterinary technician programs at two colleges: Tri-County Technical College in Pendleton and Piedmont Technical College in Newberry.

She has also owned and operated her own practice-Hillcrest Animal Hospital. For 23 years, she was the sole owner of the small animal and exotic general practice, and she worked with one associate.

She currently serves on the board of the Alumni Association of the College of Veterinary Medicine.

UGA College of Veterinary Medicine
The UGA College of Veterinary Medicine, founded in 1946, is dedicated to training future veterinarians, conducting research related to animal and human diseases and providing veterinary services for animals and their owners. Research efforts are aimed at enhancing the quality of life for animals and people, improving the productivity of poultry and livestock and preserving a healthy interface between wildlife and people in the environment they share. The college enrolls 114 students each fall out of more than 900 who apply. For more information, see www.vet.uga.edu.