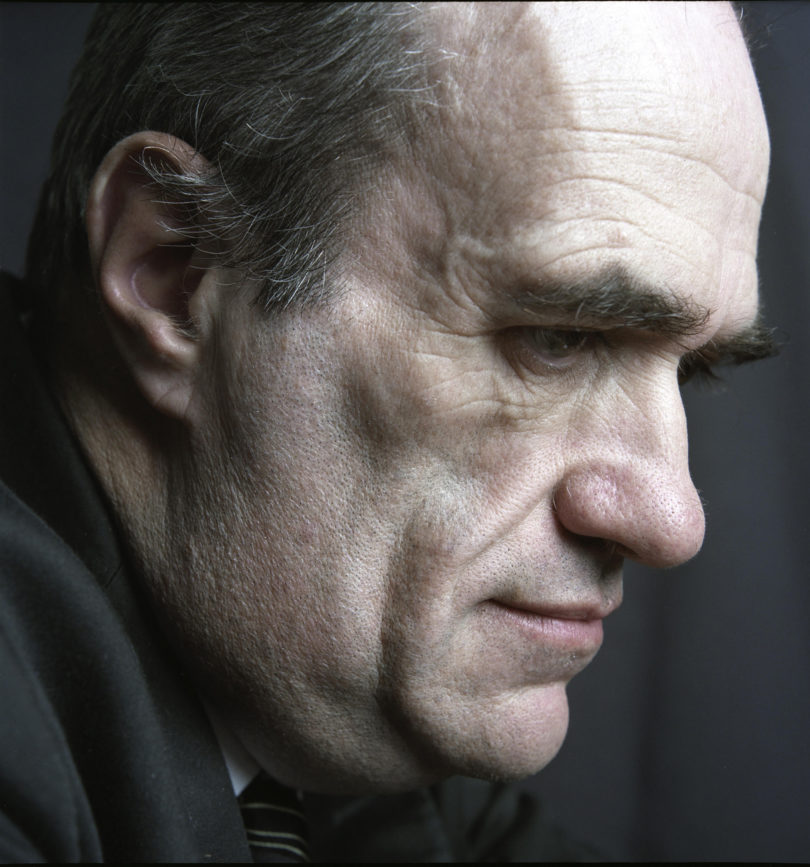 Athens, Ga. – The Jane and Harry Willson Center for Humanities and Arts will welcome internationally acclaimed Irish writer Colm Tóibín to the University of Georgia as the second annual Delta Visiting Chair for Global Understanding March 15-17.

Tóibín will hold public speaking events on and off the UGA campus, as well as participate in more personal interactions with students and faculty during his visit.

The Delta Visiting Chair, established by the Willson Center through the support of The Delta Air Lines Foundation, hosts outstanding global scholars, leading creative thinkers, artists and intellectuals who teach and perform research at UGA. Its first honoree was Alice Walker in 2015.

The chair is founded upon the legacy of the Delta Prize for Global Understanding, which from 1997-2011 was presented to individuals-including Nelson Mandela, Mikhail Gorbachev, Ted Turner, Desmond Tutu, and Jimmy and Rosalyn Carter-whose initiatives promoted world peace by advancing understanding and cooperation among cultures and nations.

A prize-winning novelist, short-story writer, dramatist and critic, Tóibín’s works have been translated into more than 30 languages. He is the author of the acclaimed novels “The Master” and “Brooklyn,” a regular contributor to the New York Review of Books and a contributing editor at the London Review of Books.

“Colm Tóibín’s writing addresses our ideas of home, identity, love and belonging,” said Nicholas Allen, Franklin Professor of English and director of the Willson Center. “Tóibín is also an illuminating critic who brings his sharp intelligence to bear on literatures from the classics to the present. His reading and conversations will speak to the diversity of students across the campus. Ireland possesses one of the world’s great literary traditions and Tóibín is one its leading contemporary artists. Ireland shares deep connections with Georgia, which we will celebrate during Tóibín’s visit in the week of St. Patrick’s Day.”

The first public event of Tóibín’s visit will be a March 15 screening of the 2015 film adaptation of his 2009 novel “Brooklyn” at Ciné, 234 W. Hancock Ave. in downtown Athens. A public reception and book signing event with Avid Bookshop will begin at 6:30 p.m. in the CinéLab, followed by the screening at 7:30, which is free and open to the public but with limited seating available. Tóibín will take part in an audience Q&A session after the film.

On March 16 at 3:30 p.m., Tóibín will give a reading and talk in the UGA Chapel titled “Staying Home, Leaving Home: Ireland and America,” followed by a book signing event at Avid Bookshop on Prince Avenue at 6 p.m.

On March 17 at 7 p.m., Tóibín will have a public conversation in the Seney-Stovall Chapel with Irish writer and editor Fintan O’Toole, followed by a special St. Patrick’s Day performance by singer Iarla Ó Lionáird. O’Toole is a columnist, literary editor and drama critic for the Irish Times and one of Ireland’s leading public intellectuals. Ó Lionáird is one of Ireland’s most renowned singers. He is a member of The Gloaming and performed “Casadh an tSúgáin (Twisting the Rope)” in “Brooklyn.”

From March 15-25 in the Barrow Hall Gallery, the College of Family and Consumer Sciences will host “1950s Fashion Inspired by Colm Tóibín’s ‘Brooklyn,'” an exhibit from the college’s historic clothing collection curated by Monica Sklar, assistant professor of textiles, merchandising, and interiors. See http://www.fcs.uga.edu for more information.

Tóibín has been shortlisted three times for the Man Booker Prize, for his novels “The Blackwater Lightship” (1999), “The Master” (2004), and “The Testament of Mary” (2012). “The Master” won the International IMPAC Dublin Literary Award, the Stonewall Book Award, the Lambda Literary Award, and was named Novel of the Year by the Los Angeles Times. “Brooklyn” won the Costa Novel Award, and the film, adapted by screenwriter Nick Hornby, directed by John Crowley, and starring Saoirse Ronan, was nominated for three Academy Awards: Best Picture, Best Actress and Best Adapted Screenplay.

“The Delta Visiting Chair for Global Understanding is an opportunity to showcase the excellence and diversity of research in the humanities and arts at the University of Georgia,” said UGA Vice President for Research David Lee. “It involves students, faculty and the community in culture and creativity and I invite you to share in these readings and conversations about the relationship between Ireland and America in the literature and film of Colm Tóibín.”

Each holder of the Delta Visiting Chair engages the Georgia community through lectures, seminars, discussions and programs; they present global problems in local context by addressing pressing contemporary questions about the economy, society and the environment-with a focus on how the arts and humanities can intervene in major contemporary issues. More information is available at http://deltachair.uga.edu. Follow the Willson Center at http://twitter.com/willsoncenter for updates.