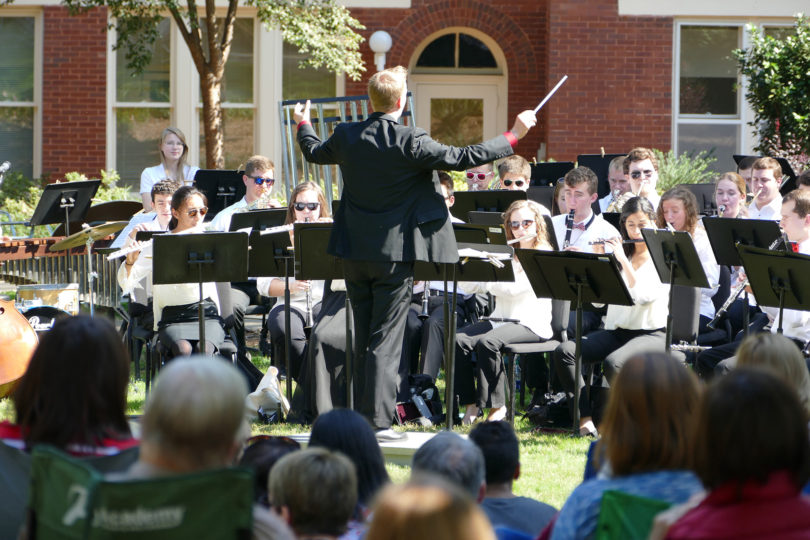 UGA’s historic North Campus will play host to midday music when the UGA Golden Age Band performs the Hugh Hodgson School of Music’s annual Concert on the Lawn near the Arch Oct. 21 at noon.

This free event on the North Campus quad will give attendees the chance to combine the sights of one of the country’s most beautiful campuses with the sounds of the golden age of American bands.

“This is a musical trip down memory lane featuring the UGA Golden Age Band, a joint venture with Hodgson Wind Ensemble students and School of Music faculty, including Brandon Craswell and Phil Smith, our trumpet professors,” said Cynthia Johnston Turner, director of bands.

“George is an internationally recognized expert of band music of the golden age, so I can think of no better person to guide the audience through the music of that era,” said Johnston Turner.

The Concert on the Lawn aims to delight audiences in a variety of ways—audience participation, guest conductors and period-accurate costumes are just a few things planned for the midday performance.

“Bring your lunch, a lawn chair or blanket, and enjoy the fun,” said Johnston Turner.

To learn more, go to music.uga.edu.