The University of Georgia’s Hugh Hodgson School of Music launches its spring Thursday Scholarship Series of concerts with the winners of the Concerto Competition performing with the UGA Symphony Orchestra. This year’s winners include:

The UGA Symphony Orchestra is conducted by Mark Cedel. 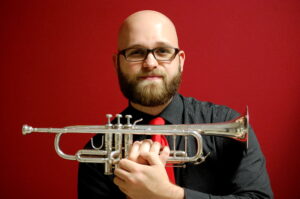 Baker received his undergraduate degrees in music education and trumpet performance from Oakland University, where his accomplishments were recognized with the Outstanding Student in Music Education and Outstanding Student in Jazz awards. Baker is currently in his final year pursuing a Master of Music in trumpet performance at UGA, where he serves as a graduate assistant with the UGA Wind Ensemble and studies trumpet with Philip Smith. Baker has studied soprano cornet with Christopher Ward and has been a featured soloist with brass bands such as the Five Lakes Silver Band, Oakland University Brass Band and the UGA British Brass band. He regularly attends national-level brass band competitions and he has been recognized as an award-winning soprano cornet soloist. 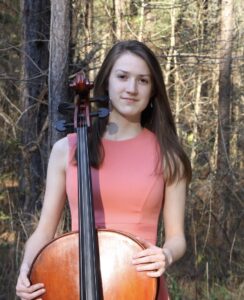 McClellan began playing the cello at age 7, studying with Erin Ellis until 2013 and continuing with Kathy Kee until coming to UGA in 2021. McClellan performed in the GMEA All-State Orchestra for six years, serving as principal cellist in 2017. A winner of the Alpharetta Symphony Orchestra Concerto Competition, she performed Tchaikovsky’s “Rococo Variations” with the symphony in 2021. Currently, McClellan is a second-year undergraduate at UGA, pursuing a degree in cello performance under the instruction of David Starkweather. She has served as principal cellist in both the UGA Symphony Orchestra and the ARCO Chamber Orchestra. As a soloist and chamber musician, she has coached with Raman Ramakrishnan, Mark Schumann, Joseph Lin, the Parker Quartet, Trio con Brio Copenhagen and Orli Shaham. 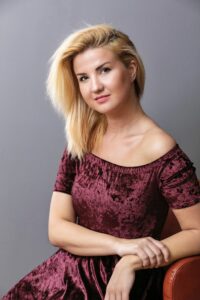 Born in Ukraine, Savelyeva has been an active performer since her first public appearance with the Lviv Philharmonic Orchestra, at the age of 11. She is a first prize winner of several competitions, including the 2007 Michael Strichargh International Piano Competition, the 2013 Stanislav Neuhaus International Piano Competition and the Louisiana State Division of the 2019 MTNA Competition. Savelyeva has performed in festivals around the United States, such as the Piccolo Spoleto Festival in South Carolina and the Chicago International Piano Festival. She holds a bachelor’s degree in piano performance from Lviv State College of Music, an artist diploma from the College of Charleston in South Carolina and a master’s degree from Tulane University in New Orleans, Louisiana. Savelyeva is currently studying with Evgeny Rivkin under the DMA program at the University of Georgia. 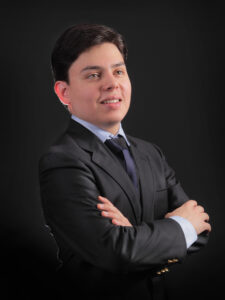 Originally from Costa Rica, Suarez has been an active soloist since his early years of playing. He has performed in a number of venues in the United States, Europe, and Latin America, and has won many awards and prizes in international piano competitions. More recently, he has participated in festivals such as the Art of the Piano in Cincinnati, the International Keyboard Institute and Festival in New York, the Honeywell Arts Academy in Indiana, the Charleston Chamber Music Institute and the Piccolo Spoleto Festival in Charleston, South Carolina. Suarez released his first CD in 2012 with a live recording of Liszt’s “12 Transcendental Etudes” and was featured on The Classical Station WCPE in North Carolina. Suarez holds a bachelor’s degree from the College of Charleston and a master’s fegree from the Shenandoah Conservatory in Virginia. He is currently pursuing a Doctor of Musical Arts fegree at the University of Georgia under the guidance of Evgeny Rivkin. 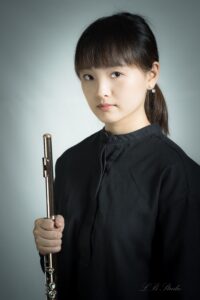 Zhou is a second-year DMA student at University of Georgia, studying with Angela Jones-Reus. She started learning the flute at age 10 with the principal flutist of China Symphony Orchestra, Guoliang Han. In 2010 at age 15, she left Beijing for pre-college at The Juilliard School in New York City and was then instructed by Bradley Gardner. She received her bachelor’s and master’s degrees from the New England Conservatory under instruction of Paula Robison. In 2014, she performed a solo concert at the Beijing Concert Hall. She also has received awards such as finalist of the High School Competition of the National Flute Association in 2011 and 2012, High School Competition of the China Flute Association in 2012, a finalist of the Pappoutsakis Flute Competition in 2016 and third prize of the Atlanta Flute Club Young Artist Competition in 2021.