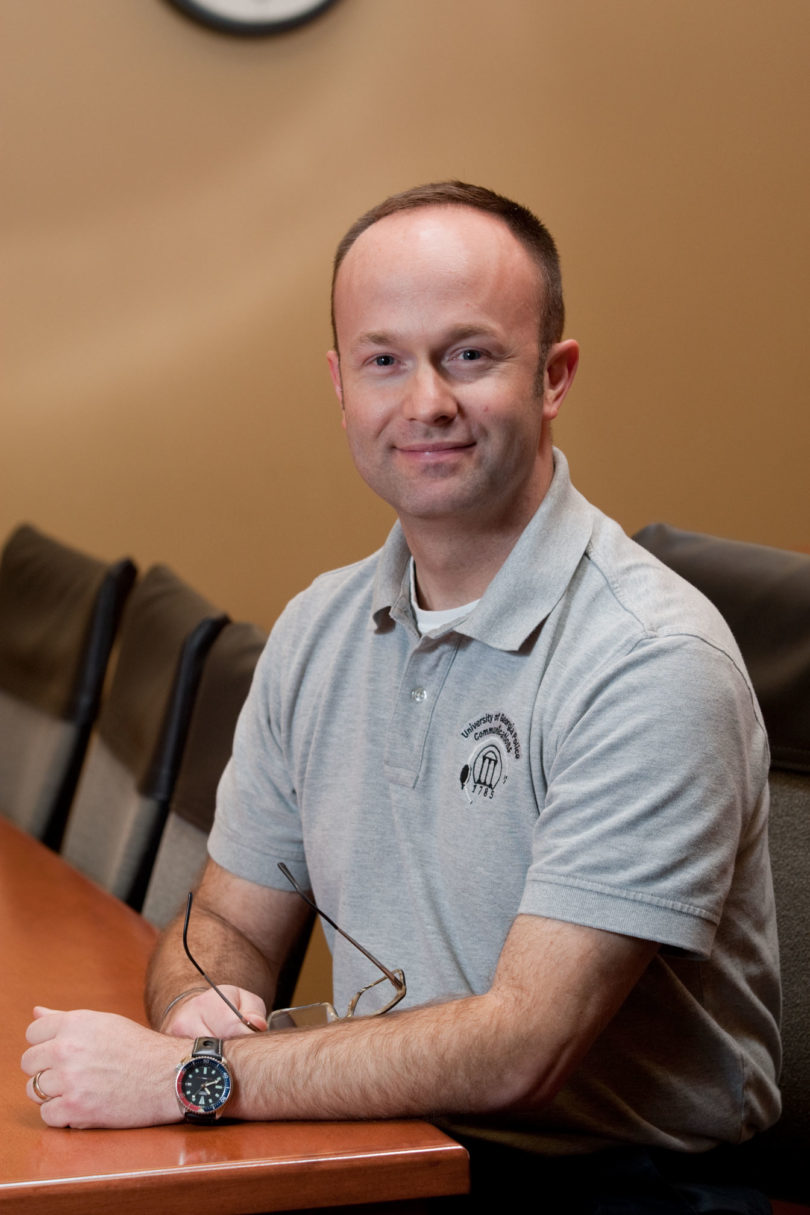 In the aftermath of the Boston Marathon bombings in April, Americans once again are asking what can be done to prevent future terror attacks from happening at home.

Dan Silk, communications coordinator in the UGA Police Department and a part-time criminal justice instructor, has researched policing strategies for preventing ideologically based attacks. One key to averting homegrown attacks, Silk said, is for law enforcement agencies to continue building closer relationships with the communities they serve.

Silk offers evidence to support this strategy in Preventing Ideological Violence: Communities, Police and Case Studies of “Success,” a new book he edited. Released in April on Amazon.com, the book explores past examples of when law enforcement’s community outreach efforts have reduced potential attacks from violent extremists. The book’s premise is that government interaction with marginalized communities should focus on more than just counterterrorism to build trust. It includes first-person and academic accounts from examples of successful police interaction in communities in Northern Ireland and Great Britain during the Northern Ireland conflict of the late
20th century and more recently with what Silk calls “al-Qaida-influenced” extremism in the United Kingdom and the U.S.

Community policing is about relationships and information sharing, said Silk, who has earned three degrees from UGA: a bachelor’s in religion in 1997, a master’s focusing on Islam in 2000 and a doctorate in adult education in 2010.

In a recent interview with the National Journal, Silk said that when law enforcement only stresses terrorism with Muslim communities, they likely will get pushback and questions from community leaders.

“The reasonable pushback you get is, ‘Why is the government framing my community in these terms?’ But if police can make the effort to put out a broad-based program of involvement, dealing with such issues as graffiti, drug dealing and burglary, and then perhaps they add on top of that, ‘I have a concern about ideological violence,’ that’s the foundation for a more solid relationship,” Silk said.

Silk told Columns, “If the police build up better relationships with the community, then the community feels more comfortable with bringing their concerns to the police. It’s a win-win situation.”

Silk was at the overseas conference when the Boston Marathon bombings occurred.

As law enforcement officers and political officials continue to investigate how and why that attack took place, Silk suggests that more effective relationship-building may prevent these kinds of attacks, rather than relying solely on “strong-arm” police tactics. However, he stops short of saying that the strategy is some sort of a silver bullet to prevent all ideologically based violent attacks.

“It’s a valid tactic, but you can’t give people the impression that it’s the answer to everything,” he said.

Preventing Ideological Violence is one of the first books of its kind to serve as a resource for case studies and first-hand accounts of community policing in relation to ideological violence.

The book-which was coedited by Basia Spalek, an academician at the University of Birmingham in England, and Mary O’Rawe, a lecturer at the University of Ultster in Northern Ireland-is a continuation of research Silk undertook in the United Kingdom in 2009 as a Fulbright Police Research Fellow. For his dissertation, he studied the relationship between Muslim communities and British police.

Since then, Silk has spent his off-duty hours making this book-which has been something of a labor of love-a reality.

Despite the hours spent on the book-early mornings before his children woke up and at night after they had been put to bed-Silk doubts he’ll see much money from sales of the book.

“I just did it because it’s so important,” he said.

Silk believes this community-policing tactic isn’t just about thwarting terrorist plots, though. It’s a philosophy about law enforcement that can prevent other types of crime too.

Silk, who has worked for the Athens-Clarke and UGA police, said both agencies have successfully employed a community policing approach that has helped reduce violent crime in Athens over the past 15 years.

“To be candid, my interest is not in terrorism,” he said. “My interest is the way we build better government relations with the community-period.”