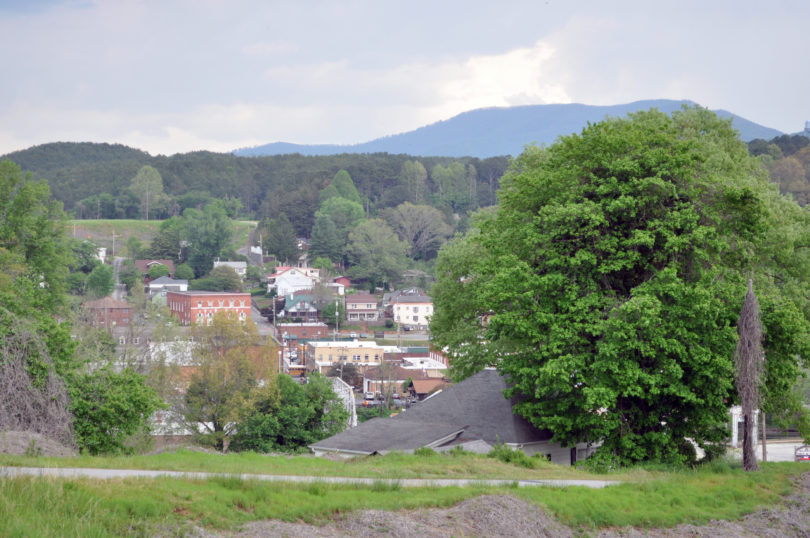 McCaysville, Georgia, and Copperhill, Tennessee, are two blended cities that straddle the state lines of Georgia and Tennessee along a beautiful river that has two names: The Toccoa River or The Ocoee River.

The Lyndhurst Foundation of Chattanooga is funding regional economic revitalization in northwest Georgia.

A Georgia mountain community is forging a unique economic development partnership with two Tennessee cities through a downtown revitalization process pioneered by the University of Georgia Carl Vinson Institute of Government.

The Copper Basin Renaissance Strategic Visioning and Planning collaboration unites key leaders from McCaysville, Georgia, its twin city of Copperhill, Tennessee, and nearby Ducktown, Tennessee, in a community-driven alliance to help the region’s economy flourish.

The first-ever two-state RSVP will enable the citizens, business leaders and public officials in the rural communities, which have interconnected economies, to implement a long-term regional development plan.

The nine-month project is supported by a grant from the Lyndhurst Foundation, which funds community revitalization strategies, arts and cultural activities, and conservation and outdoor recreation projects in Chattanooga and the surrounding region.

A steering committee assembled by Jan Hackett, president of the Fannin County Chamber of Commerce, officially launched the Copper Basin RSVP project on May 10 at McCaysville City Hall.

A plan of action

“All we have to do, really, is embrace what we have and work together to figure out how we can best tell our story,” Hackett said.

The 14-member committee will spearhead this summer’s public engagement process and help prioritize regional economic issues that the communities identify. Then the committee will establish action plans to achieve short- and long-term development goals.

Georgia House Speaker David Ralston and his staff have worked with the Carl Vinson Institute of Government since the initial discussions about this project. A longtime proponent of economic development initiatives like the RSVP, Ralston’s district includes McCaysville and Fannin County.

“Initiatives like this combine private-sector resources with public-sector expertise to revitalize downtowns to generate economic activity and create jobs,” Ralston said. “I am excited about the potential of this project, particularly when we are investing in McCaysville and the surrounding area with more than half a million dollars in state funding for streetscapes and (McCaysville) City Park as well as the ongoing work on widening Highway 5.”

The Copper Basin RSVP strategy will complement public and private quality-of-life amenities underway or already in place, including the privately funded Rivers Crossing restaurant development in McCaysville. It will also leverage tourism opportunities, such as paddling and tubing on the Toccoa and Ocoee rivers, scenic railways based in Copperhill and McCaysville, and the Ducktown Basin Museum, where people can visit a historic copper mine. The RSVP also will enhance existing partnerships among the cities, all of which are members of the Fannin County Chamber of Commerce.

“The Institute of Government is excited to work with such a diverse spectrum of civic leaders in a unique economic development partnership,” said Laura Meadows, director of the Institute of Government. “Downtowns are important drivers of the economy, especially in rural parts of the state. We look forward to helping the Copper Basin team develop a community-guided vision for what they want their cities to be now and in the future.”

Projects like the Copper Basin RSVP reflect the work that the Lyndhurst Foundation has done in downtown Chattanooga, said Lyndhurst President and Treasurer Benic “Bruz” Clark III. This marks the third consecutive year that Lyndhurst has supported UGA projects in northwest Georgia, but it’s the first time it has funded an Institute of Government project that extends across state lines.

“Those three communities are located in an area that has tremendous natural beauty … and I applaud what they’re trying to do,” Clark said. “Through our partnership with UGA, we are trying to provide small communities with access to urban design, planning, architectural services and expertise that are typically unavailable and uncoordinated.”

In the past five years, the Institute of Government has helped 16 other Georgia cities implement downtown revitalization strategies through the RSVP program.

“Strengthening communities and promoting economic development throughout our home state are central to the University of Georgia’s mission as a land-grant institution,” said UGA President Jere W. Morehead. “We are excited about this partnership and the positive impact it will make.”